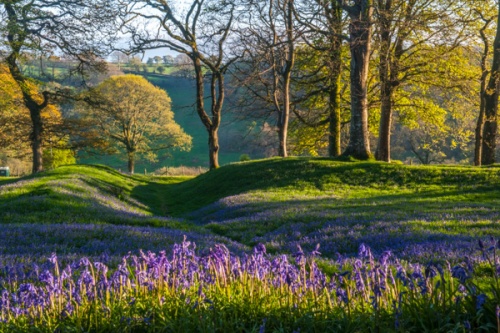 Blackbury Camp is an Iron Age hill fort set in lovely woodlands. The Camp (sometimes called Blackbury Castle) stands on a spur of land looking down on tributaries of the River Coly.

Blackbury Camp was built in the 4th century BC and was in use for several centuries. There is a single bank and ditch surrounding an oval area about 6.5 acres in size. The bank averages 4.8 metres high externally, with the ditch 1.1 metres deep.

Remains of several medieval buildings have been found inside the ramparts, but these are not obvious when you visit the site. Excavations revealed a hut, palisades, trenches, a cooking pit and an oven. In addition, there was a large number of Iron Age pottery sherds, whetstones, flints, and fragments of bronze. There were also over 1200 beach pebbles, useful as ammunition for sling warfare. Some of the sling stones from Blackbury Camp are displayed at Exeter Museum.

Though the site could have been defended, it was probably used mainly as a communal gathering place and livestock enclosure, acting as a fort during times of trouble, rather than as a permanent settlement. There was one gateway through the earthen bank, on the south side of the enclosure. Remains of a wooden structure have been found near the main entrance.

The really striking feature at Blackbury Camp is a triangular earthwork extension protecting the main entrance, rather like a medieval barbican. This barbican extended to a point, with an outer entrance at the apex and ramparts channelling people down a narrow track between the outer and inner gates.

The barbican earthworks created an enclosed space for livestock and acted as a trap for attackers, who would be caught between the earthen banks and the gates. The inner gateway was crossed by a timber walkway, so inhabitants could pass along the top of the earthworks and over the entrance without descending from the bank level.

The Blackbury site now stands within a copse of trees, but the ridge on which it stands would have been treeless during the Iron Age. The site is covered in bluebells in spring, and is a wonderful place to explore on a sunny evening when the sunlight filters through the trees and lights the bluebells.

The barbican area is quite striking; the only comparable hill fort that comes to mind is Maiden Castle, in Dorset, with its system of banks funnelling attackers through layers of defences. Here at Blackbury, the barbican defences can easily be seen from atop the inner banks. There is a small parking area at the eastern end of the site, and easy, level access to the earthworks and the enclosure. 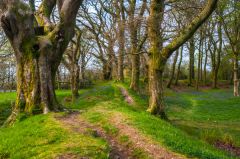 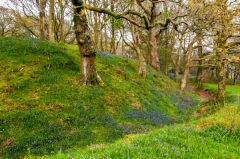 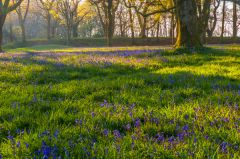 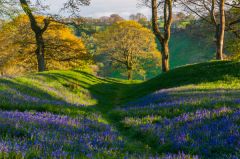 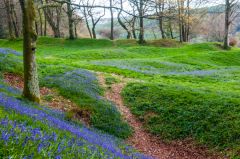 More self catering near Blackbury Camp >> 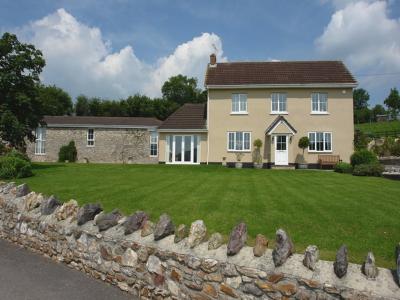 This big farmhouse with single storey annexe is situated on a farm near the Devon village of Southleigh and can sleep 14 people in 6 bedrooms.
Sleeps 14 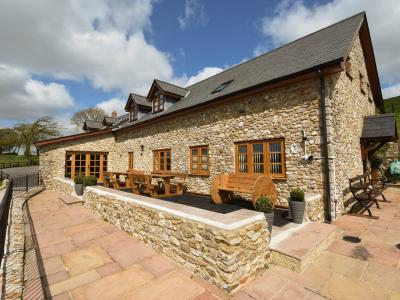 This big detached converted barn is situated on a large Devon farm near the village of Southleigh and can sleep 14 people in six bedrooms.
Sleeps 14