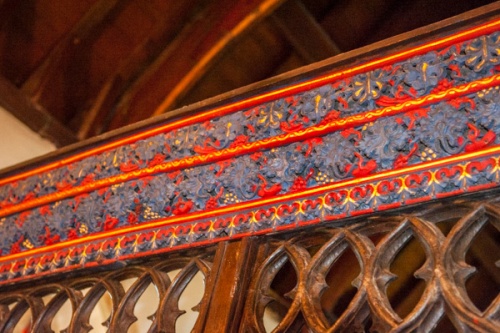 Set in hilly countryside a few miles from Honiton, the church of St Giles dates to the Norman period, though there may have been a timber church in this spot before the Norman Conquest.

The oldest features of the current church are a font of Beer stone and the south doorway arch, both dating to the Norman period. Much of the rest is 14th century, though the earliest recorded rector was Stephen Brente, who was named to the post on the eve of the Black Death in 1349. 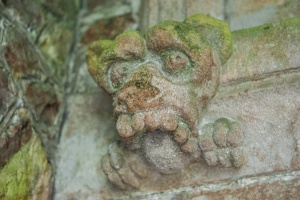 The most interesting historical feature of St Giles is its rich collection of late 15th-century woodwork. The oak benches in the nave have beautifully carved ends with a variety of intricately designed carvings within foliage borders. The early 17th-century pulpit also has lovely carved panels including a traditional frieze of acanthus flowers and scrollwork.

In the north aisle east window are very nice pieces of medieval glass depicting St Peter and St Paul, along with a figure of an unknown bishop.

One historic highlight that you won't see when you visit is the ring of 4 medieval bells. The bells are thought to be the only complete pre-Reformation bells in Devon and one of the few remaining such rings in Britain. The oldest was cast in 1450 and the other three in 1490.

The bells are all inscribed with Latin phrases. The treble is inscribed, 'St Peter pray for us', the second carries the words, 'With my living voice I drive away all hurtful things'. The 3rd and tenor bells are inscribed 'Upon me has been conferred that beloved name Jesus'.

This is a lovely little country church, set in a beautiful area of East Devon countryside. 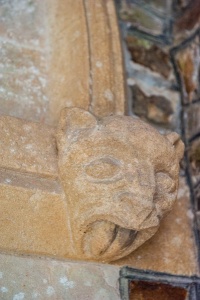 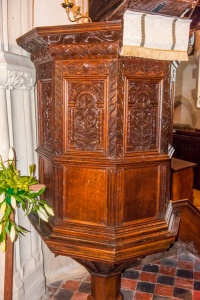 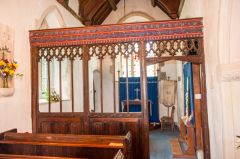 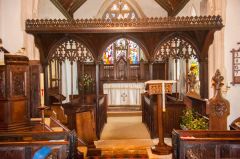 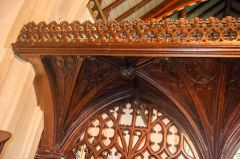 More self catering near Northleigh

More bed and breakfasts near Northleigh