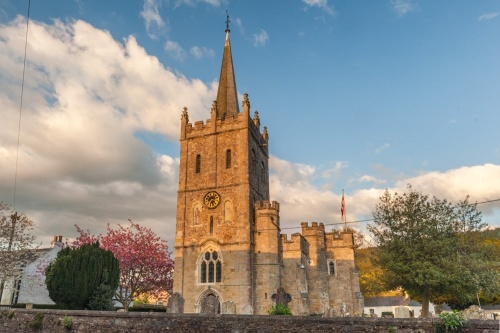 There has been a church in the picturesque Devon village of Sidbury since at least the late Saxon period. The oldest part of the current building is a 7th-century crypt beneath the chancel, which can still be visited. There is also Saxon stonework in the west wall of the south transept.

The rest of the church is Norman, though the tower, with its attractive broach spire, was rebuilt in 1884. Look for a pair of life-sized 12th-century carved figures depicting a saint and a bishop, set onto the tower's west face (these figures have also been tentatively identified as St Giles and St Peter). The north aisle dates to the 13th century and the south porch is 15th-century Perpendicular Gothic.

Around the eaves of the chancel is a corbel table of grotesque figures. There are more Norman carved heads reset under the vestry eaves. 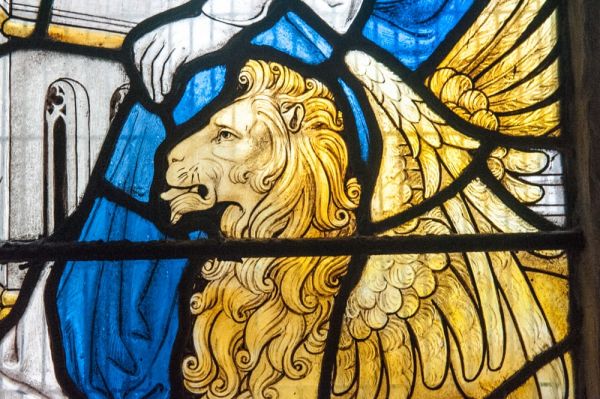 The nave is of three bays, with 12th-century pillars in the south aisle. The nave, aisles, and transepts all have wagon roofs. The most intriguing interior feature is a series of beautifully carved corbels in the tower crossing. These date to the 12th century and depict one lion, two lion masks, and a figure of Atlas holding up the world. In the nave ceiling is the coat of arms of the Trivett family, late-medieval owners of nearby Sand House.

The church interior is filled with fragments of wall paintings spanning the centuries from early medieval to the Tudor period.

Over the tower arch is a large figure that may depict St Christopher, though figures of the saint are more commonly found opposite the church entrance. Over the arch of the north transept, leading into the crossing, is a 14th-century wall painting of two unknown figures. 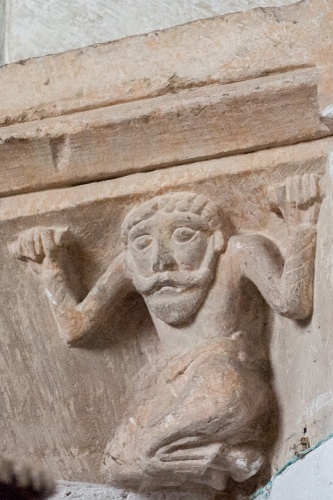 Medieval figure (Atlas?) under the tower

The interior, especially the area around the crossing, is beautifully decorated with medieval foliage carvings. Interspersed with the foliage are Green Men, the ancient pagan symbol of fertility later adopted by the Christian church as a symbol of the Resurrection. See if you can find all seven Green Man carvings!

The octagonal font dates to the 15th century and the altar rails are Jacobean, as is the font's wooden cover. Over the west end of the nave rises a gallery built in 1624 and recreated in its present form in 1754.

The Art Nouveau chancel furnishings date to the late Victorian period and were designed and installed by Walter Cave of Sidbury Manor. 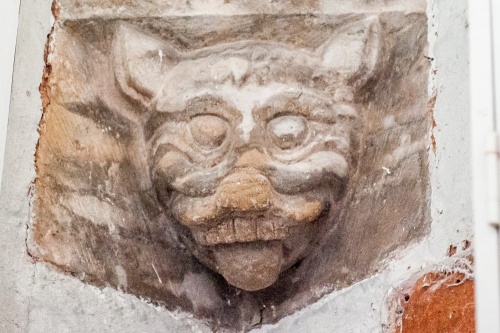 Look for a series of four charity boards at the west end of the south aisle.

In the churchyard is the grave of actress Joan Hickson, best-known for her role as Miss Marple in the TV series of the same name. She is buried under her married name, Joan Bogle Butler. Built into the churchyard wall, west of the gates, is a water fountain and trough installed to celebrate Queen Victoria's Golden Jubilee in 1887.

St Giles Church is a delight, full of historical interest. We were especially struck by the wonderful medieval carvings, including the exterior corbel table and the interior corbels under the crossing. 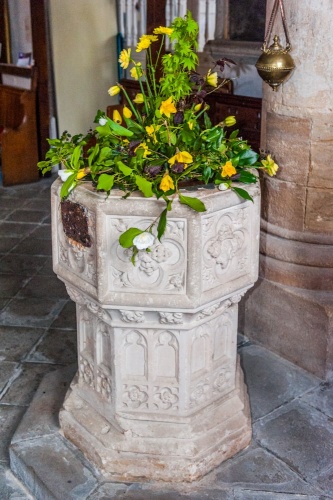 St Giles Church is located at the junction of Fore Street (the A375) and Church Street in the centre of Sidbury. There is a public car park off Ridgeway, a few minutes walk to the north of the church. 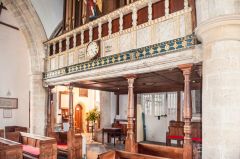 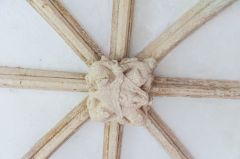 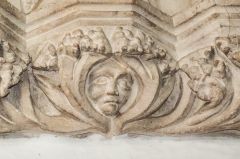 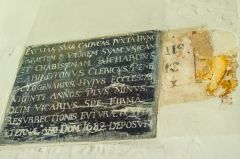 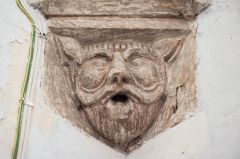 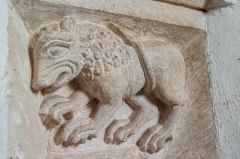 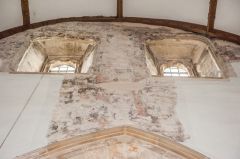