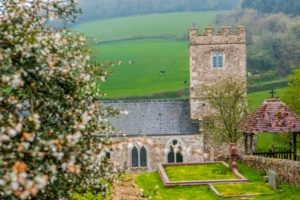 The church of St Lawrence at Southleigh dates to the 13th century and stands on the slopes of a wooded combe, in a lovely rural location, reached by narrow, winding lanes.

The oldest original feature of the church is the crenellated west tower, which rises to 40 feet. There is norman stonework near the south door, and circular marks made by medieval masons.

The record of incumbent rectors gives a fascinating insight into medieval history, for we see three rectors who died in the year 1349, when the Black Plague hit England.

The font is a fascinating historic survivor; it is older than the church, so it either came from a previous church on the same spot or was brought to Southleigh from elsewhere. The font has a bowl of Purbeck marble, and the cover has thick wrought-iron fastenings from the time when the law stated that all fonts had to be locked.

The most interesting feature is the tomb of Robert Drake (d. 1600), set against the north wall of the chancel. Drake lived at Wiscombe Park and was the brother of Sir Bernard Drake of Colcombe Castle, and the cousin of the Elizabethan seafaring hero, Sir Francis Drake.

The tomb has a Latin inscription which translates as:

'Here lies that loyal man, a warrior of high renown, by name Robert Drake, and known for his goodness to the Poore. His wife Elizabeth bore him seven sons of upright character, and five fair daughters. He died 30th March, 1600'. 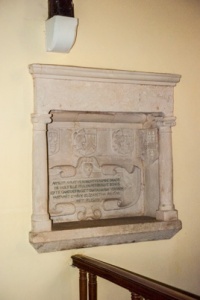 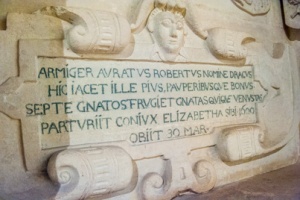 Inscription on the Drake memorial

Lighting the central aisle is a large, elaborate 18th-century brass chandelier given by a later owner of Wiscombe Park, John Mountstephen How (d. 1813). How's elegant memorial is set on the north wall and also commemorates his brothers Thomas and James, each a cleric and each a Fellow of a different Oxford college.

Under the tower is a Georgian royal coat of arms next to a painted wooden benefaction board.

Southleigh church is notable for its Norman font and Drake memorial, but perhaps even more so for its beautiful countryside setting. 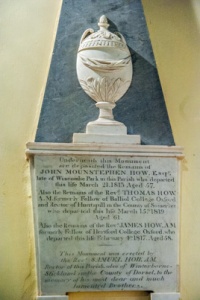 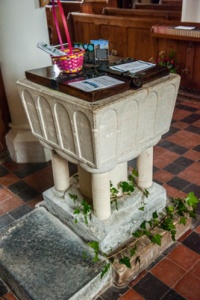 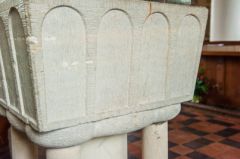 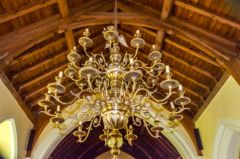 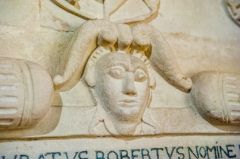 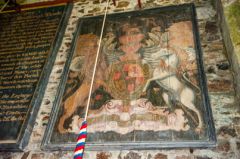 More self catering near Southleigh

More bed and breakfasts near Southleigh