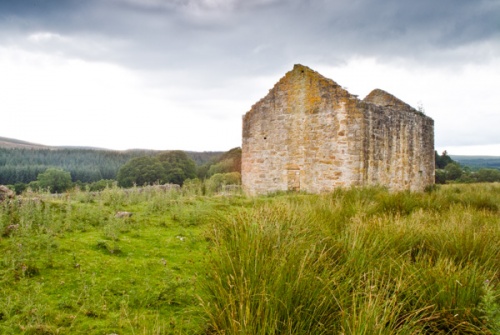 Black Middens is a ruined 16th-century fortified farmhouse, of the type known locally as a 'bastle'. Such bastles were common in the Northumberland region in the long centuries of border raids and turmoil between the English and the Scots in this area. Bastles were most common in the 16th century.

The bastle house is a simple rectangular shape, two stories high, but the interior can only be accessed by way of an exterior stone stair to the first-floor level. The structure is approximately 10 metres by 7 metres and is 8 metres to the gable peak. Black Middens is located in unspoiled countryside on the Reivers Route cycle trail.

Most bastles had a vaulted stone roof on the ground floor, which could then be used to support the upper chambers. By contrast, Black Middens used a timber ceiling to the ground floor. The house originally had very narrow doors but these have been replaced by wider 18th-century openings. 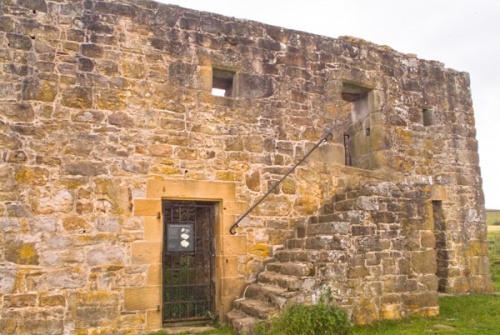 The house exterior and stair

The stone stair is also a later addition; the original 16th-century defences would have used only a simple wooden ladder. There are two small window openings giving light to the upper floor. The sheer thickness of the stone walls, which are 1.4 metres wide, gives some idea of how important defence was to the builders of the bastle. 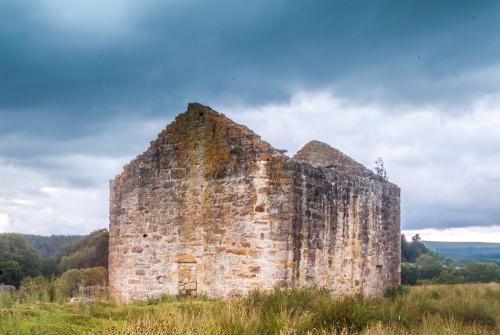 Near the bastle stand the ruins of an 18th-century cottage, which was built upon the foundations of a house that probably predated the bastle. 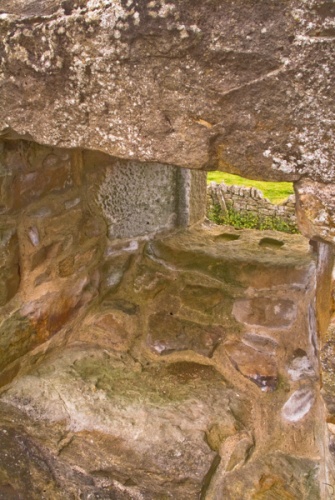 Visiting Black Middens
It is hard to imagine a more remote feeling place than that occupied by Black Middens. Despite the fact that it is only 7 miles from Bellingham, the location feels a million miles from anywhere, and it is hard not to imagine the enormous sense of isolation that must have enveloped the inhabitants of the house.

There are no facilities to speak of, and to be honest, it won't take long to see the whole thing, but I'm glad I made the trip; it really brought home to me just how isolated life could be, and how dangerous, along the Scottish border. 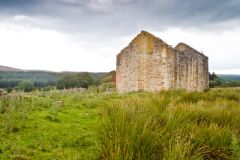 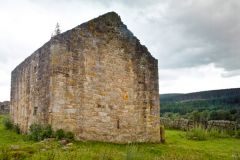 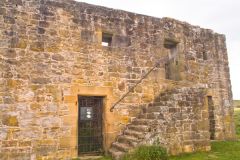 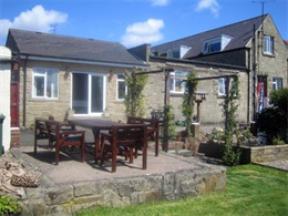