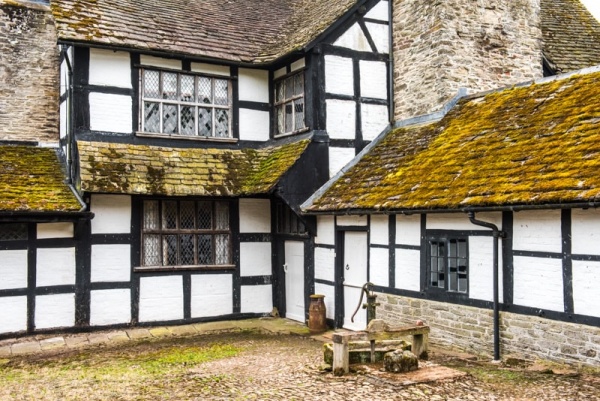 Cwmmau Farmhouse is an early 17th-century timber-framed house surrounded by old farm buildings. It is an excellent example of a vernacular 'black-and-white' building. The farmhouse was rescued from dereliction by the owner, who bequeathed it to the National Trust in 1965 with a wish that it be preserved for the nation.

Cwmmau is an outstanding example of a typical Welsh farmhouse building (even though the farm is actually across the border in Herefordshire).

The farmhouse was built in the early 17th century, with later 17th-century rebuilding. It is two stories high, with attic and cellar rooms. The layout is irregular, consisting of a hall block with a cross wing.

The interiors have a mix of oak, elm, and stone-tiled floors, with leaded windows and huge oak beams adding to the sense of history. The flooring is suitably uneven with the effects of age, and there are low ceilings and doorways as well as an original dog-leg staircase. Within the house are a dairy, several bedrooms, sitting rooms, and an attic.

The house is framed with timber and infilled with painted brick. It stands on a stone rubble foundation. Rising above the cross-wing is a striking rubble chimney surmounted with three star-shaped brick chimney stacks. There is another brick stack at the north-west end of the building. There is also a late-17th-century lean-to addition. Look for two rows of timber nesting boxes built into the south-east corner.

Near the house is a timber-framed cowhouse, which may date to the medieval period. This is clad with weatherboarding and stands on a stone rubble base.

From the Farmhouse you get wonderful views of the Black Mountains and as far as the Brecon Beacons on a clear day. Surrounding the house are more original outbuildings from the days when Cwmmau was a working farm. 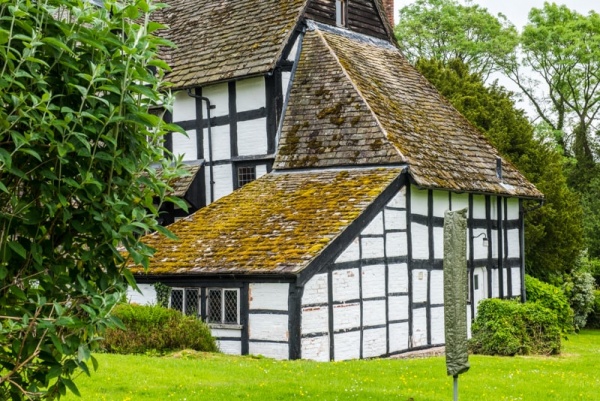 Another view of the Farmhouse

The National Trust rents out Cwmmau Farmhouse as holiday accommodation for most of the year, but it is open to visitors for several weeks in the summer each year. Guided tours are available with teams of volunteers, and both the farmhouse itself and the associated farm buildings can be viewed.

You can still visit the outside of the Farmhouse even during the times it is rented out, because a public footpath runs right through the property, passing directly in front of the Farmhouse courtyard. This is what we did, as we unfortunately just missed the annual opening period.

We parked in a layby of a nearby country lane and used our trusty OS map to guide us. It is actually quite simple; Cwmmau is well signposted off the minor road between Michaelchurch and Bredward. Just follow the sign down Cwmma Road and follow the road as it goes gently downhill to the valley bottom where you will pass several very old farm buildings and eventually reach the Farmhouse itself. It really is a beautiful historic building and well worth seeing. 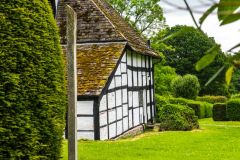 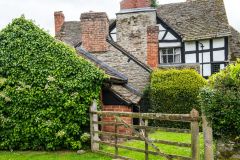 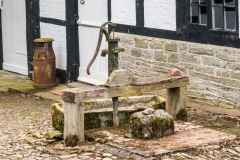 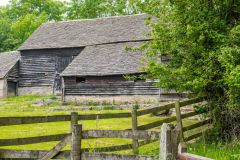 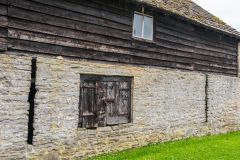 More self catering near Cwmmau Farmhouse >>

The Agent's House Bed And Breakfast - 2.4 miles
Hereford, Herefordshire
From: £70.00 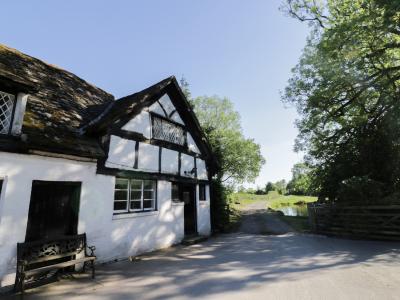 This traditional semi-detached cottage is close to the village of Whitney-on-Wye near to Hereford in Herefordshire and can sleep four people in two bedrooms.
Sleeps 4