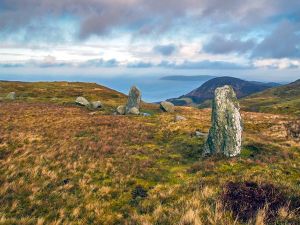 Druid's Circle
Thirty stones make up this unevenly spaced circle, with a diameter of roughly 80 feet. The stones are elevated on a rough bank of rubble, and entrance is through a group of 4 stones set 8 feet apart. Druid's Circle is within sight of Circle 275.
Despite the name, this stone circle has no connection whatever with the druids; in fact, it predates the druids by some 2000 years. The circle probably dates to the Neolithic period and may be as much as 5000 years old.

The most striking stone has a very obvious ledge, and this has led to it being called the Stone of Sacrifice, though there is no evidence that any form of sacrifice ever took place here. Curiously, for a stone with such a name, there is a local tradition that if a newborn baby is laid on the ledge, it will have good luck for life!

Another legend connected to the circle says that a broken stone was rolled down the nearby hill, causing it to shatter, but in the morning it was restored to its place in the circle.

Several prehistoric trackways run past the circle, which suggests that it was a place of some importance. The Druid's Circle is known as Meini Hirion in Welsh.

More self catering near Druid's Circle >> 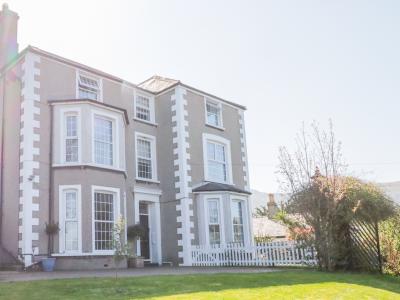 This grand house sits within the North Wales town of Penmaenmawr, and can sleep up to 20 people in nine bedrooms.
Sleeps 20 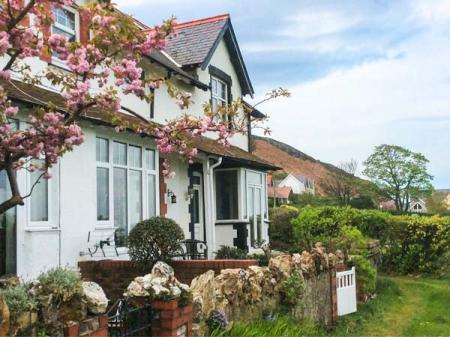