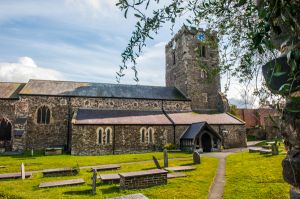 Sited in a large graveyard, St Mary's was once a Cistercian abbey church and a mausoleum for Welsh princes. Most of the present church is 13th century, restored in the 19th century.
History
St Mary's was built around 1190 for the monks of Aberconwy Abbey. The princes of Gwynedd favoured Aberconwy, and many early medieval princes were buried here. After Edward I's invasion of north Wales the abbey was moved to Maenan, and St Mary's was rebuilt to serve as the parish church for Edward's new fortified town at Conwy.

Though the building we see today is largely 12th century, with a 15th century carved screen and a later Tudor font. Because of its size and connection with the Welsh princes, it is considered one of the most important medieval buildings in north Wales.

Finding St Mary's is very easy; the church is well signposted from all major streets around Conwy and is only a few minutes stroll from the castle. Unfortunately, the church is regularly open to visits, which seems a real shame given its historic significance. When we visited there was no sign suggesting where we might find a keyholder, and no indication of any opening times.

Nearest Accommodation to Conwy, St Mary's and All Saints Church:

More self catering near Conwy, St Mary's and All Saints Church >>

More Hotels near Conwy, St Mary's and All Saints Church >>

More bed and breakfasts near Conwy, St Mary's and All Saints Church >> 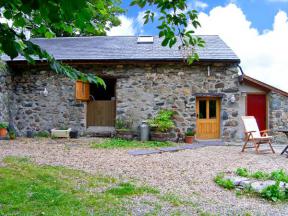 Originally built as a barn in the 18th Century, this property offers an idyllic retreat for a couple looking to spend some tome together and get away from it all. …
Sleeps 2 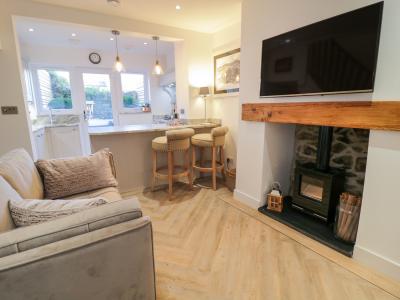