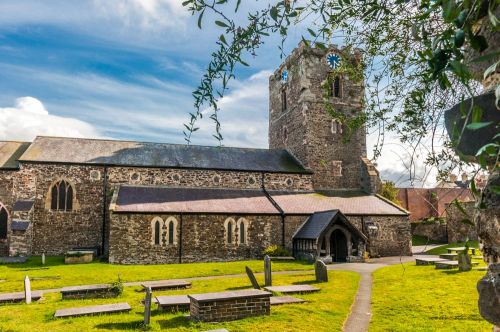 Aberconwy Abbey (St Mary's Church)
Aberconwy was a Cistercian abbey founded in 1189 as a daughter house of Strata Florida. It was first established at Rhedynog-felen near Clynnog Fawr, but moved to its second home on land granted by Llewelyn ap Iorwerth near Conwy.

Llewelyn was so keen to have the abbey close to his palace of Deganwy that he gave the monks a vast estate of land covering much of Snowdonia and the Isle of Anglesey. So important was the abbey to the princes of Gwynedd that a succession of princes were buried in the abbey church, including Llewelyn himself, Gruffydd ap Cynan, Llewelyn ap Maelgwyn, and Llewelyn's son and heir Dafydd ap Llywelyn.

Llywelyn's second son, Gruffydd ap Llywelyn, was imprisoned at the Tower of London. He tried to escape and was killed, but his body was eventually brought home to Wales and interred near his father and brother in the abbey church.

Aside from serving as the burial place of princes, Aberconwy had a reputation as a centre of learning. Welsh national records were held here, and the library became widely known. When Llywelyn the Last fell out with Edward I of England in the late 13th century, the Abbot of Aberconwy served as a go-between, negotiating with the English on Llywelyn's behalf.

The negotiations came to naught in the end, and the English duly invaded north Wales and captured Conwy. When Edward I built Conwy Castle he did not dare disperse the monks completely, such was the abbey's status, but he had them moved again, to Maenan, leaving only part of a church behind.

The abbey church is now incorporated into the parish church of St Mary in Conwy. The abbey's final home at Maenan was dismantled in 1537 following the Dissolution, and the stones were used for other buildings.

Now the only substantial remnant of the abbey is St Mary's church in Conwy. Though much altered the core of the church dates from the abbey's stay in Conwy. The east and west buttresses survive from the abbey walls, as does part of the north wall.

More self catering near Aberconwy Abbey >> 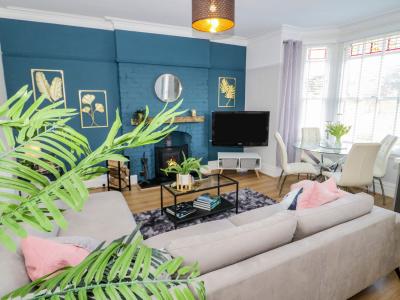 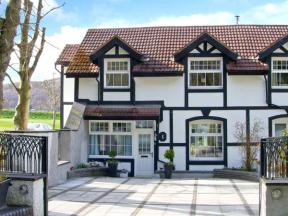 This semi-detached, rural cottage is close to the town of Conwy and can sleep up to five people in three bedrooms.
Sleeps 5