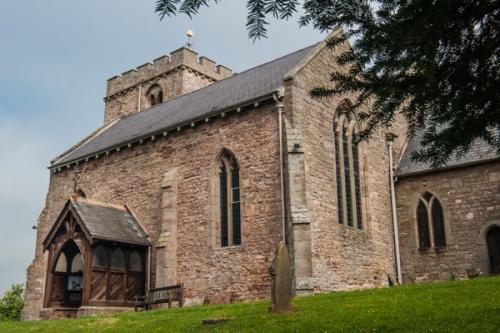 The church of St Mary the Virgin stands on a sloping hillside looking across farm fields in the Loddon valley, in an area known for its history of hop growing. The name 'Cowarne' betrays a much earlier heritage; it comes from a Saxon word meaning a centre for dairy farming, or more prosaically, a cowshed.

The village stands on the line of a Roman road linking Gloucester and Leominster. There may have been an important market here in the late Saxon period, a theory given weight by the discovery of a Saxon seal dated between 817-824AD in the parish.

The church building is fascinating, with a sturdy Norman west tower pierced by narrow lancets in its lower section, and a north wall where you can clearly see the blocked arches of a former north arcade, probably pulled down in the 16th century. 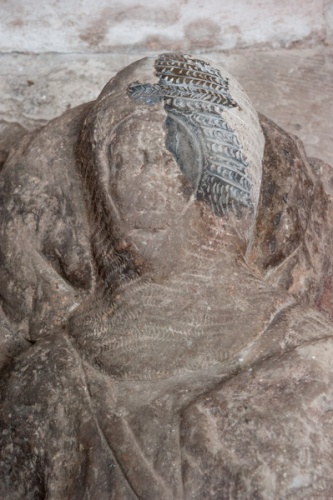 The north aisle, with round-headed Romanesque arches, rounded columns and capitals, was built in the early 13th century. By contrast, the existing south arcade, dating to later in that same century, shows the transition to Early English style, with clustered piers inset with slender shafts. Even later is the chancel, in Decorated Gothic style, with a yet later Perpendicular east window.

There are several fascinating monuments in the light-filled south aisle. Set against the wall is a very worn and battered effigy of a 13th-century knight, wearing a long surcoat and mail armour, holding a shield on which you can make out the shape of a lion.

The edge of the knight's grave slab is decorated with small shields. An informational panel inside the church tentatively identifies the knight as Grimbaldus (or Grimbald) Pauncefot, Lord of the Manor at Much Cowarne.

Pauncefot fought in the Seventh Crusade (1249-1254) and was captured by the Moorish leader, the Saladin (not to be confused with the 12th-century leader who fought Richard the Lionheart!).

According to the rather gruesome tale, Saladin told Pauncefot he would only release him if he received 'a joint of his wife' as ransom. The demand was relayed to the knight's wife Constantia back in England, who immediately sent for a surgeon from Gloucester Priory to cut off her hand.

The severed hand was sent to Saladin and Sir Grimbaldus was released as promised. Sir Grimbald and Lady Constantia were buried together in the south aisle and a monument erected over their graves. 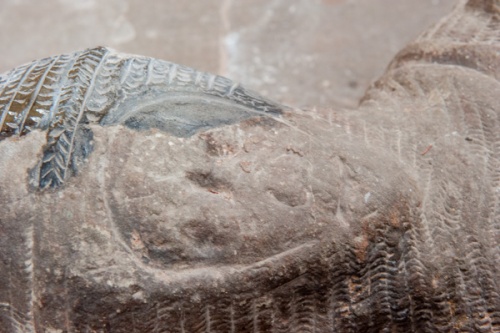 Only the effigy of Sir Grimbald remains to mark the spot, but a 17th-century description of the monument records a 'stump of a woman's arm ... the hand and wrist cut off, are carved close to his left side, with the right hand on his armour'.

This part of the monument is no longer in existence; it may well have been destroyed during the Civil War or in a fire that devastated the church after the spire was struck by lightning in 1840.

The Pauncefot's owned the manor at Much Cowarne from the early 12th century until 1598. The name is remembered in Paunceford Court, to the east of the church.

Leaning against the wall beside the effigy is a worn medieval grave slab discovered in the churchyard in 2009. The slab is made of red sandstone and is carved with a foliated design with a cross, cartwheels, and foliage, with a key, fleur-de-lys, and ribbon symbols. The size of the slab suggests that it may have been used over a child's grave. The date is not certain, but based in the style of carving it may be 14th century. 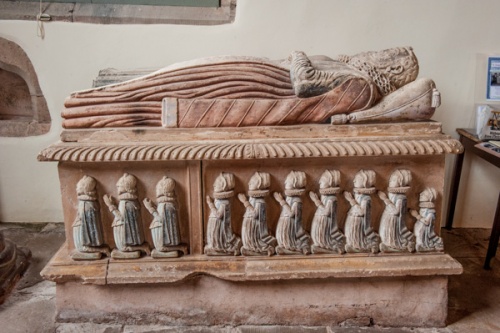 Next to the Grimbaldus effigy stands a wonderful table tomb to Edmund Fox (d. 1617) and his wife Anne, of Leighton Court. Fox was the son of Charles Fox, who served as Secretary to the Council of the Marches, the late 16th-century governing body of the border region. Around the base of the table are their ten children, 3 sons and 7 daughters, arrayed in pious, kneeling poses.

The detail of the effigy costumes is marvellous, but the tomb tells a poignant and tragic story, for at the couple's feet is a carving showing 3 small babies in a cradle, indicating stillborn babies or infant deaths.

Contemporary with the Fox tomb is a memorial to Sybil Reed (d. 1624) in the chancel, showing the deceased below figures of her 2 sons and 2 daughters. Her death was on the same day as that of a daughter on the same day, so we can assume that she died in childbirth. 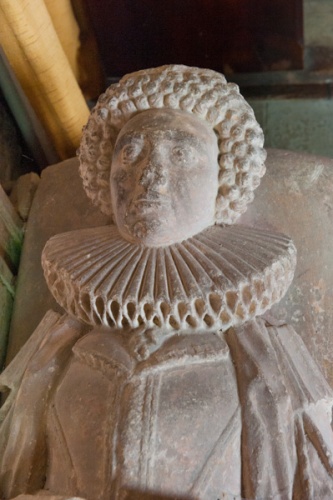 Against the east wall are 2 nicely carved wooden figures of apostles, dated to the 17th or 18th centuries. On the south wall is a carved corbel head, probably 14th century. The east window is filled with colourful glass as a memorial to Colonel Bourne of Cowarne Court Estate, inserted in 1919.

The font is Victorian, with a wooden lid which an information panel suggests was used 'to stop witches stealing the holy water'.

Composer Edward Elgar stopped at Much Cowarne church on one the cycling trips of which he was so fond, and a plaque near the door remembers his visit.

There is also a fascinating display against the west wall detailing the disastrous fire in 1840 and subsequent efforts to restore the church, including reproductions of contemporary newspaper reports and historic photographs. It is a wonderful slice of local history! Restoration took over 30 years, and was not complete until 1871. One of the bell-wheels from the 1845 restoration is on display.

In the churchyard, south of the chancel, is the base and lower section of a medieval cross, thought to be 14th or 15th century. It is thought that the top of the cross was destroyed by Parliamentary troops during the Civil War, possibly Scottish auxiliaries under the Earl of Leven.

St Mary's is a delightful church to visit. There is so much to see, and I've seldom visited a church that had so much information available for visitors. 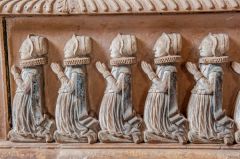 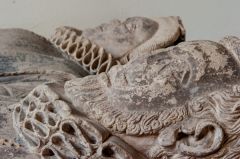 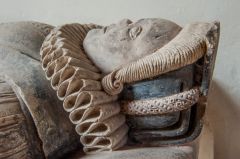 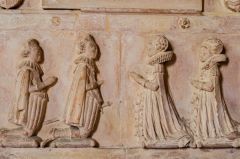 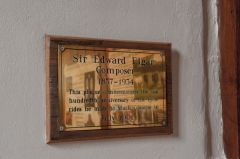 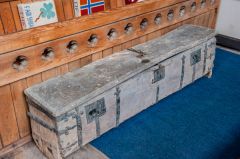 Nearest Accommodation to Much Cowarne:

More self catering near Much Cowarne

More Hotels near Much Cowarne

More bed and breakfasts near Much Cowarne