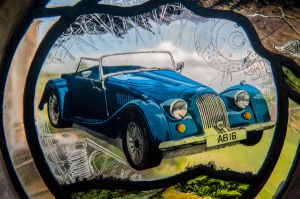 Stoke Lacy, St Peter & St Paul Church
St Peter & St Paul's is a medieval church much rebuilt in 1863 by architect FR Kempson, whose father was the rector from 1839-1858. The oldest part of the church is the chancel arch, which dates to the 12th century, at a time when the manor was held by the De Lacy family. We do not know exactly when the church was built, but it must have been before 1279 when the first rector, John of Bristol, is recorded.

A later rector, James Rawlins (1625-1661) was described in a Puritan survey of 1642 as a 'vayne man who seldom precheth'.The building consists of a nave and chancel with a west tower. Six bells hang in the tower, with the oldest dating to 1350.

The 16th-century chancel screen, which may have been brought here from another church, is beautifully carved. So too are the choir stalls in the chancel which, though late Victorian, incorporate pieces of much earlier carving. Most of the memorials date to the 19th century and the two World Wars. 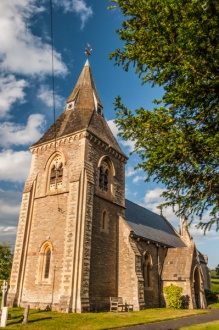 The church has associations with the Morgan motor car; the auto designer's father and grandfather both served as rectors of Stoke Lacy. Prebendary Henry Morgan was rector for five decades, from 1887 to 1937, and it is thought the first prototype Morgan three-wheeled car was built in the rectory garage here.

As you pass through the south porch, pause and examine the small stained glass windows on either side. They are set with modern glass depicting Peter Morgan and several of the motor cars that made the marque famous.

One window was the gift of Morgan enthusiasts from around the world who contributed money to the cost. The other, on the west wall, is a memorial to John and Bridget Leavens of the USA 'and all those who have experienced the love and friendship engendered by the Morgan car'. 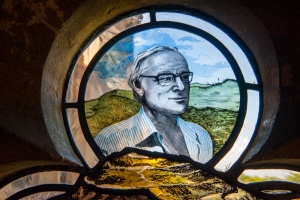 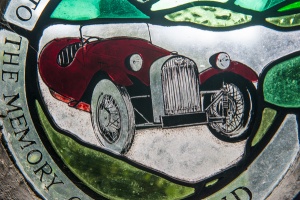 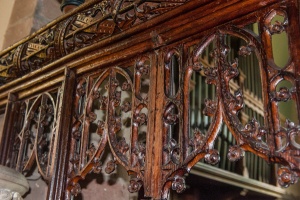 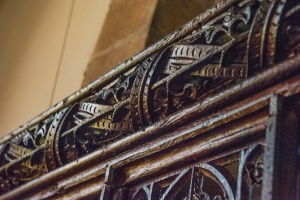 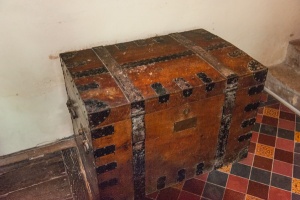 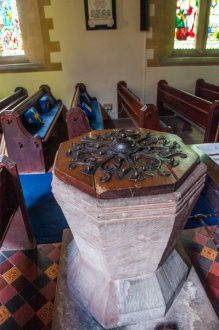 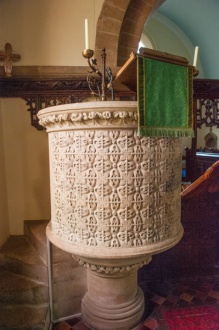 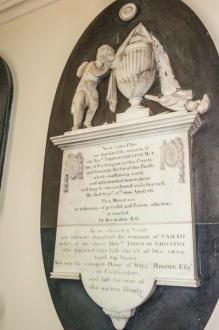