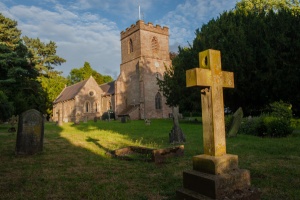 The attractive church of St Mary's stands in a pretty village setting, with a leafy churchyard reached through a timber lych gate. There was probably a Saxon church on the site, as Bishops Frome is noted in the Domesday Book as having a priest.

If there was a Saxon church no trace of it remains and the oldest parts of the current building date to the Norman era. The building is a harmonious mix of original Norman work and Victorian neo-Norman, though Pevsner rather unkindly calls the Victorian work 'terribly pretentious'.

The chancel was rebuilt in 1847 and the chancel and north chapel in 1861 under architect F.R.Kempson of Hereford.

Despite the heavy Victorian influence, St Mary's retains several interesting historical features. The most interesting by far is a pair of carved beasts terminating string courses on either side of the priest's door in the south wall of the chancel.

These carvings are similar to other mid-12th century carvings by the 'Herefordshire school' of masons whose most famous work is at Kilpeck, Shobdon, and nearby Castle Frome. One one side is a figure of a beast, rather like a lion, its body intertwined with foliage. On the other side of the priest's door is a winged creature, its body twisted like a serpent.

Strangely, the usually meticulous Pevsner seems to have missed these figures, as does the 1932 inventory performed by English Heritage, and I've yet to see another website mention them, yet I can assure you the carvings are indeed there, and deserve attention! 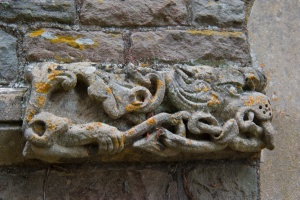 Norman carving of a beast

The south porch is Victorian, but it protects the original Norman doorway, of 3 moulded orders decorated with traditional chevron patterns on the middle order, while the column capitals are decorated with water-leaf carvings.

Inside the church is anther historic treasure, a lead-lined Norman font, one of only 20 or so lead fonts in all of England to survive from the Norman period. The font dates to around 1160 with a reddish bowl of breccia atop a later cylindrical pedestal.

The chancel arch is 12th century Norman, with chevron decoration, while the striking nave arcade is Kempson's neo-Norman work. In a tomb recess set into the south wall of the nave lies a medieval effigy of a knight in armour, beneath an arch decorated with ballflower carvings.

The effigy dates to the late 13th century and shows a figure dressed in a surcoat and mail, with a sword and shield. Though the effigy is worn, it is easy to make out the device of the Knights Templar order upon the surcoat. The knight is thought to be one of the Devereux family, wealthy landowners in the Frome valley. 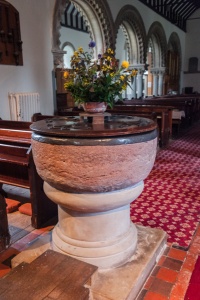 In the north aisle is a painting depicting the Virgin and Child flanking St John the Baptist, and attributed to B. Bonfiglio (c. 1420–1500), and another late 15th century painting of a male and female saint attributed to A. da Messina (c. 1444–93).

In the Lady Chapel is a painted memorial to Margery de la Downes (d. 1598) of Paunton Court. Like so many Elizabethan monuments, the Downes memorial depicts a pair of figures kneeling either side of a prayer desk. Among several interesting wall monuments is one to Ann Skynner, wife of Colonel Gilbert Nicholetts, who died in 1774. Of similar date is a memorial to Ann Alcott (d. 1792) whose epitaph tells us that she 'was remarkable for her sobriety, dilligence, fidelity and humanity'.

There is also a parish chest dating to the late 16th or early 17th century. 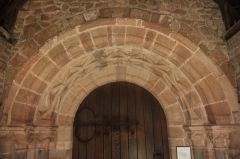 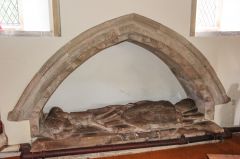 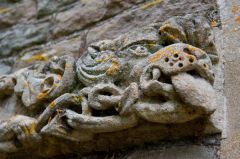 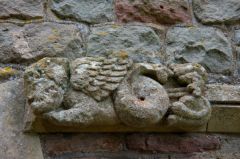 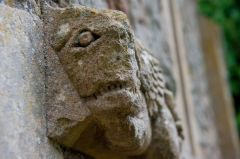 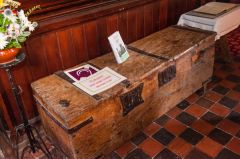 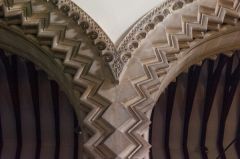 More self catering near Bishops Frome