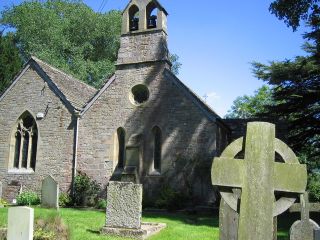 Whitchurch, St Dubricius Church
The church of St Dubricius at Whitchurch dates to the 13th century and stands in a peaceful location beside the River Wye near Symonds Yat East. The church is built of sandstone rubble quarried locally, under a slate roof.

Parts of an older 9th-century church appear to have been incorporated into the current building, which was heavily restored in the Victorian period.

Interior highlights include a font bowl of Norman date, cut down to fit a late 14th-century stem.

Dubricius was a 6th-century holy man who lived in Herefordshire. Legend says that his mother was a princess of Erging (near Ross-on-Wye). When her father discovered that the unmarried princess was pregnant he had her thrown into the River Wye.

She survived the attempt to drown her and was promptly thrown into a fire to be burnt alive. She survived this too and that night she gave birth to a baby boy named Dyfrig, later known as Dubricius. Dubricius established several early Christian monasteries which gained a reputation as centres of scholarship. His feast day is celebrated on 14 November.

To the west of the churchyard is the Gwillam tomb enclosure, built by Thomas Gwillam in 1744. The Gwillim family owned Old Court at Whitchurch from 1600 until 1898, and the enclosure contains numerous family graves. Among those buried here is the family of Elizabeth Posthuma Gwillim. At the age of 19, she married General John Graves Simcoe, who was the first Governor of Upper Canada and founded the city of Toronto in 1793. 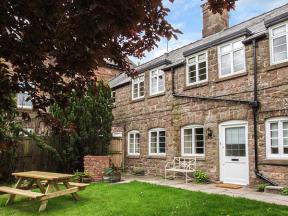 A beautifully decorated, semi-detached traditional cottage in Ganarew near Whitchurch, with four bedrooms accommodating up to eight people.
Sleeps 8 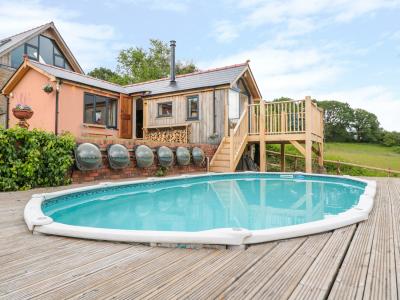 This detached property is situated on the outskirts of the village of Whitchurch and sleeps up to two people in one bedroom.
Sleeps 2