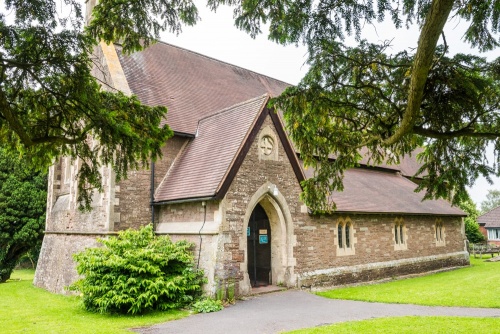 Christ Church in the Herefordshire village of Llangrove is a very tidy Victorian church that was the first commission for George Frederick Bodley, who had a hand in restoring so many of Herefordshire's churches. Bodley (1827-1907) learned his craft under Sir George Gilbert Scott, and at Llangrove he created a very attractive church in a style that harkens back to the English Gothic architecture of the 14th century.

GF Bodley considered typical richly decorated Victorian Gothic churches too cluttered, too 'busy', and his design hearkened back to the simplicity of the original Early English style.

Bodley's vision inspired a generation of Arts and Crafts style churches, though the name 'Arts and Crafts' was not widely used for three decades after Christ Church was finished.

Curiously, though Bodley was a friend of Arts and Crafts pioneer William Morris, and worked with Morris on many church furnishing projects, he did not consider himself an Arts and Crafts exponent, nor did Morris. 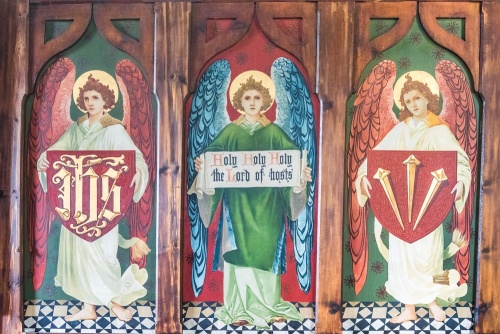 Bodley's work at Llangrove became one of the inspirations for the Arts and Crafts Movement that gained so much popularity later in the Victorian period. Though Bodley is best-remembered as a church architect, he also worked on a variety of public and private buildings.

Perhaps the most striking feature of the interior is a carved and painted wooden altar screen, which was completed in 1856. The east window, behind the altar, is probably by Thomas Baillie and was very likely commissioned by Bodley and installed in 1856.

The interior structure is simple, composed of an aisleless nave and chancel beneath very simple pointed arches.

Interior highlights include a painted screen behind the altar, decorated with painted panels in Pre-Raphaelite style depicting angels. It was created by Charles Lane of Amberley, Sussex. The screen, erected in 1898, commemorates Catherine Marriott, Lady of the Manor of Goodrich. Mrs Marriott gave land for the church and endowed it with £1500 to cover building costs, and also paid for the neighbouring school and master's house.

The organ was built by Arthur Caldwell and stood for many years in the lobby of the Beecham factory in St Helens. It was loaned to the town hall after the parish church burned down, and was purchased for Llangrove in 1970 at a cost of £525. 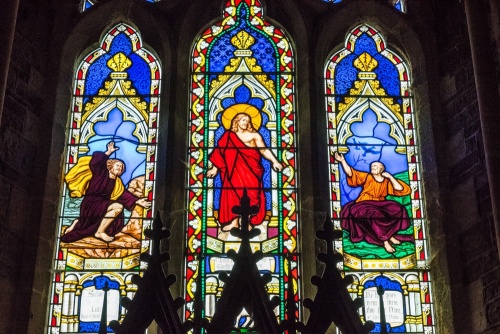 The east window, by Thomas Baillie

Look for a wall tablet commemorating the tragic events of 7 July 1942, when RAF Wellington bomber T2962 took off from Edgehill, near Banbury on a training flight. The flight took the plane out over the Irish Sea.

On the return leg, one of the engines failed and the plane came down in Llangrove. It barely missed the church and the neighbouring school and crashed into the field opposite, killing two airmen, Sgt RJ McKean and Sgt FHS Bush.

Villagers braved fire and exploding ammunition to rescue the remaining crewmen. Among those who ran to their assistance was Rev Frank Easton, the vicar of Christ Church. Rev Easton collapsed and died of a heart attack while cycling home from the crash site, while the church organist, Mrs Sarah Watkins, collapsed and died whilst hurrying to the crash site to help.

A memorial plaque to all four who tragically died that day was unveiled in 2010 in the presence of relatives and descendants. 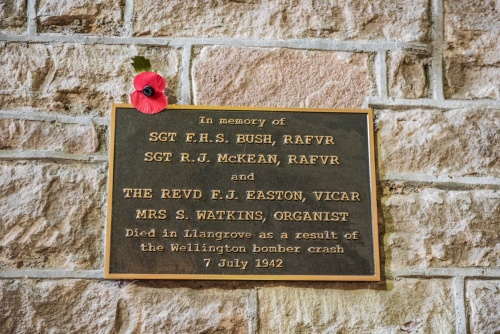 Another poignant memorial is a WWI memorial near the main door. This is a lovely Arts and Crafts piece with freehand lettering by an unknown artist.

Christ Church is a pretty Victorian country church in a delightful village setting. It was open when we visited. 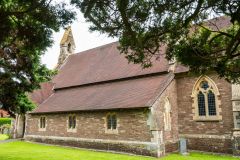 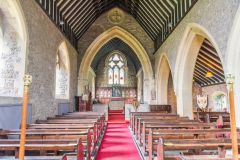 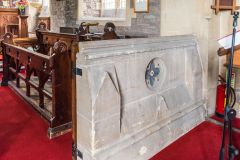 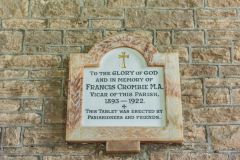 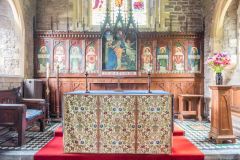 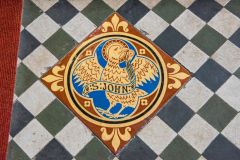 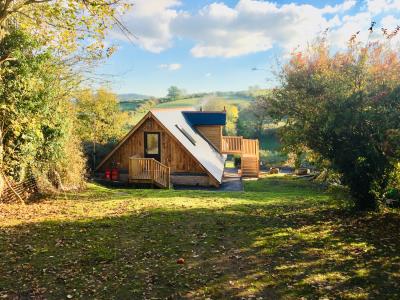 This cottage is situated in the village of Llangrove, near Symonds Yat, and can sleep two people in one bedroom.
Sleeps 2