HERITAGE HIGHLIGHTS:   One of the high points of Victorian Gothic architecture 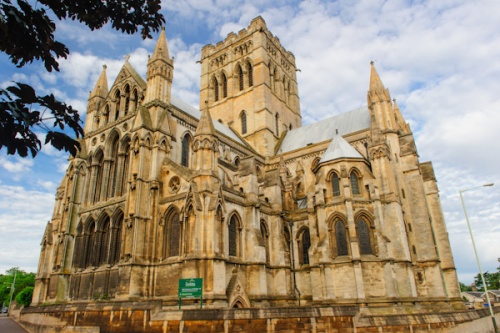 There are two cathedrals in Norwich, a fact that sadly escapes many tourist brochures. Most visitors are well aware of Norwich's superb medieval cathedral, but few realise that there is another cathedral, much newer, but no less impressive in its own way.

Located immediately outside the ring road on the western edge of central Norwich is the Cathedral Church of St John the Baptist, more popularly known as Norwich's Roman Catholic Cathedral.

This 'other' cathedral is easily accessed from the city centre by way of a footbridge over the ring road. Those visitors who take the easy stroll from the medieval Anglican cathedral to its Catholic counterpart are rewarded by one of the finest examples of Victorian Gothic architecture in England, a sumptuous symphony of 19th-century style and decoration. 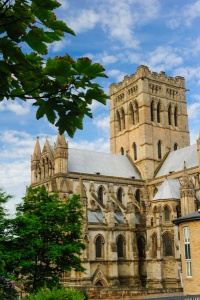 Norwich's Catholic Cathedral was begun, not as a cathedral at all, but as a church for Norwich's Catholic community. The date was 1882 and the patron was Henry Howard, the 15th Duke of Norfolk, head of the Norfolk Howards, one of the most powerful Catholic families in England.

Howard hoped that a new church would help reinvigorate Catholicism and help make his religion a more accepted part of English life. The story goes that Howard was so delighted by his marriage in 1877 that he decided to build the church as a sign of gratitude to God.

Howard called upon architect George Gilbert Scott, a recent convert to Catholicism and one of the most prolific and successful Victorian architects. Scott was a member of a family of architects who were to dominate 19th and early 20th-century ecclesiastical architecture in England.

It was not a surprising choice, but it was a choice that had unexpected consequences, for only two years later Scott suffered a complete mental breakdown and was certified insane. Keeping things in the family, Scott's work was carried to completion by his brother John Oldrid Scott, and work finished in 1910.

The result of Scott's design is a magnificent structure, emulating 13th century Early English Gothic, considered by many Victorians to be the most 'pure' and 'English' style. 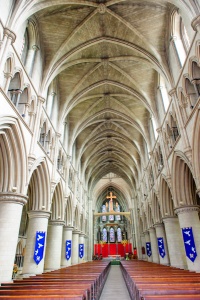 The new Catholic church was to be built on the site of the city's former gaol, but this location was problematic, for it stood above extensive medieval chalk mines. It took two long years of work to make the mines secure, and it was not until 1884 that the foundation stone was laid (that is why you sometimes see 1884 used as the official date of construction, which isn't strictly true).

The design is cruciform, with aisles and an octagonal chapel projecting from the north transept. The structure is dominated by a crossing tower and a massive east front with flanking turrets rising above a peaked gable. The striking tower is so distinctive that during WWII it was used as a turning beacon by RAF pilots returning from bombing raids in Europe.

The material is ashlar combined with varieties of stone from famous English quarries at Beer (Devon) and Ancaster and Clipsham (both Lancashire). The original design called for Beer stone to be used throughout, but after a decade of work it was obvious that the Beer stone was too soft and was weathering quickly, so the church was finished using limestone from Clipsham and Ancaster. 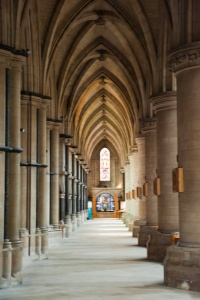 At this point, the Duke discovered that he did not actually have the planning permission he needed to build the church to its full length, and he had to undertake negotiations with Norwich City Council to get his plans approved.

If talk of materials bores you, look down as you walk up the main steps to the door and you will see thousands of tiny fossils embedded in the stones. More fossils add a speckled look to the dark Frosterley marble pillars fringing the nave.

The nave is of ten bays, supported on massive rounded columns. The columns seem to simultaneously lead your eye up to the vaulted ceiling, and down the length of the nave towards the richly decorated east window. Like much of the church this is filled with beautifully coloured Victorian glass that adds a glow of colour to the interior whenever the sun shines.

Perhaps the best glass is in the Sunken Chapel, also known as the Chapel of St Joseph. This glass ranks with the best 19th century stained glass in Europe. The windows depict four saints; Flora, Pauline, Ester, and Barbara. The choice is not random; these are the given names of the Duke of Norfolk's wife, Lady Flora Hastings.

Lady Flora died young, and the Duke remarried, so it was his second wife, Lady Gwendolen Herries, who paid for the north transept chapel, with stained glass telling the story of Our Lady of Walsingham's shrine. The glass is attributed to John Powell of Hardman and Powell, with the exception of the chancel windows, which were by Dunstan Powell. 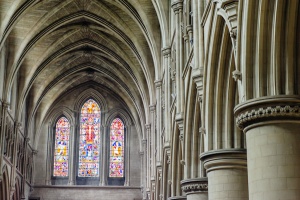 One of the real highlights of the interior is the use of the Frosterley marble for the moulded columns of the clerestory and major window openings. The marble lends a magnificent depth of colour that really gives a sense of depth and solidity to the interior.

Sculptures abound; it seems every surface is beautifully carved and some of the carving is simply breathtaking. The nave roof is decorated with beautiful bosses, many carved with symbols of St John the Baptist, others depicting Biblical scenes. These bosses are simply superb, easily the Victorian equal of medieval bosses at Norwich's 'other' cathedral.

But such praise was not always universal. When the church opened for worship in 1910 some visitors thought it vulgar and dim, even forbidding, and out of character with Norwich's rich heritage. Time changes sensibilities, however, and it would be a visitor hardened to aesthetically pleasing art and architecture who would cast aspersions on this wonderful building.

St John the Baptist served as a parish church until 1976, when it was named the mother church of the new diocese of East Anglia, raising it to cathedral status. It is one of the 'Norwich 12', a group of a dozen key historic places in the city.

Wow! How's that for a summary? You owe it to yourself to visit this wonderful Victorian church if you get a chance. It truly is a magnificent example of 19th century Gothic Revival architecture, and rightly deserves its reputation as one of the true Victorian gems among England's historic buildings.

Apparently, you can climb to the top of the tower on Saturdays. I can't comment on that as I didn't visit on a Saturday, but given the sheer height of the tower, it would offer fantastic views! 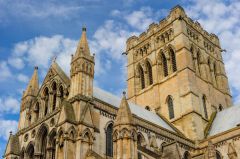 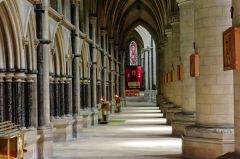 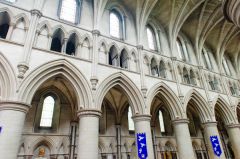 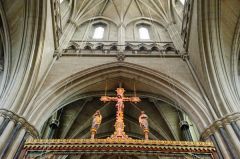 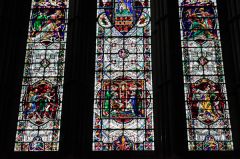 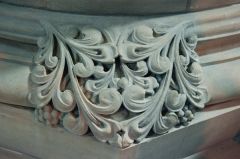 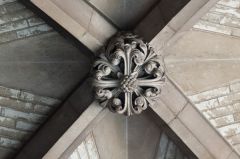 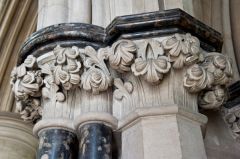 About Norwich Catholic Cathedral
Address: Unthank Road, Norwich, Norfolk, England, NR2 2PA
Attraction Type: Cathedral
Location: Just outside the A417 ring road on the western edge of Norwich, off the B1108 at the junction of Uthank and Earlham roads. Open 7.30am - 6:30pm daily. By foot from the city centre via Upper St Giles Street and a footbridge over the ring road.
Website: Norwich Catholic Cathedral
Email: enq@sjbcathedral.org.uk
Location map
OS: TG223085
Photo Credit: David Ross and Britain Express