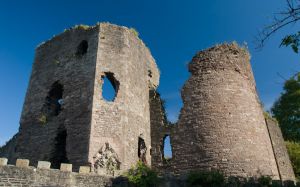 One of the earliest Norman castles in Wales, Abergavenny dates to 1081. Four substantial towers remain, with a 14th century gatehouse and barbican. The motte is surmounted by a Victorian mock keep, built on the remains of the original 12th century version. During the late 12th century the castle was owned by William de Braose, one of the most notoriously cruel of the Norman Marcher Lords.
The Romans built a fort here around 50 AD at the junction of the rivers Usk and Gavenny. The Normans later adapted the site for the first castle. The castle was erected by Hamelin de Ballon as a simple earth and timber fort. De Ballon's fort was later replaced with a strong masonry fortification, which served as the seat of the Norman Lords of Abergavenny.

Murder at the Castle
One of the darkest hours in the history of Abergavenny was provided by William de Braose. In 1175 he invited the Welsh leader Seisyllt ap Dyfnwal, his son, and local Welsh leaders, to celebrate Christmas at the castle. Far from offering Yuletide cheer, de Braose had murder in mind. In a tale reminiscent of the infamous Glencoe Massacre centuries later, de Braose had all his Welsh guests killed, then attacked Seisyllt's castle at Castell Arnallt, and murdered his wife and child.

De Braose may have intended to frighten the Welsh into submission, but his treachery had the opposite effect; the Welsh rose in rebellion and attacked Abergavenny Castle. Under the leadership of Hywel ap Iorwerth they burned the castle to the ground, and  captured and killed de Braose's sheriff, but de Braose himself escaped.

The castle remains include sections of two towers, while a third tower is incorporated into a nearby house. Associated buildings include a 15th century gatehouse. The location is wonderful, with a backdrop of mountains including the Skirrids and Sugar Loaf (Mynydd Pen-y-fal).

A museum is housed in the castle courtyard, and traces the history of the town and its surrounding area. Around the castle site are a 19th century picturesque walk and attractive gardens. 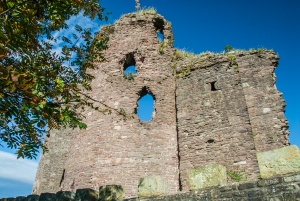 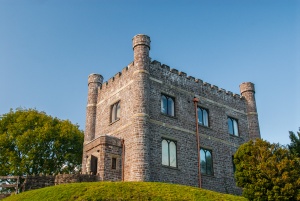 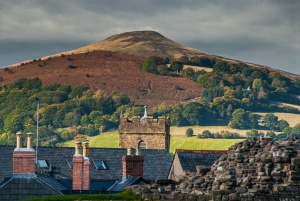 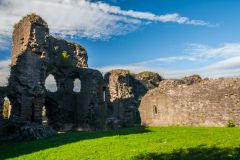 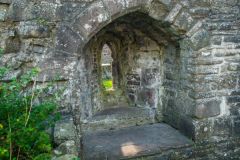 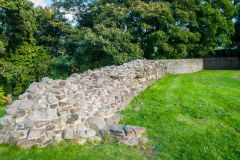 More self catering near Abergavenny Castle >> 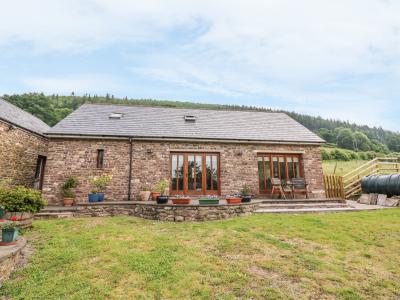 A lovely cottage, stylishly modernised and tucked away in a residential area of the popular market town of Abergavenny.The cottage is a perfect base for families or friends looking to …
Sleeps 4