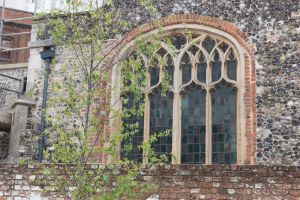 A lovely little Perpendicular church surrounded by the bustle of modern Ipswich, St Mary's is crammed into a site beside the docks. The church was built over the period from 1450-1550 and is a very good example of a largely unaltered Perpendicular design.

The most interesting feature of the building is the superb double hammer-beam roof. The roof features beautifully carved figures of angels and saints, with further carving on the spandrels. The font is 15th century.

In its heyday, the church would have been full of fine memorials. Unfortunately, the church suffered from flooding and needed constant repair. It was damaged by German bombs in WWII and never reopened.

As a result, many memorials were removed, and today the interior presents a rather barren appearance. Several of the finer memorials can still be seen, however, at the Ipswich Museum. 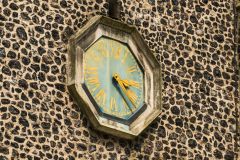 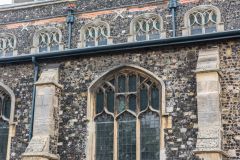 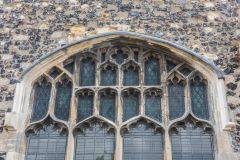 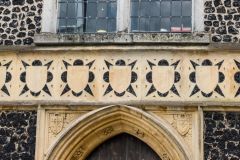 More self catering near Ipswich, St Mary at Quay Church >>