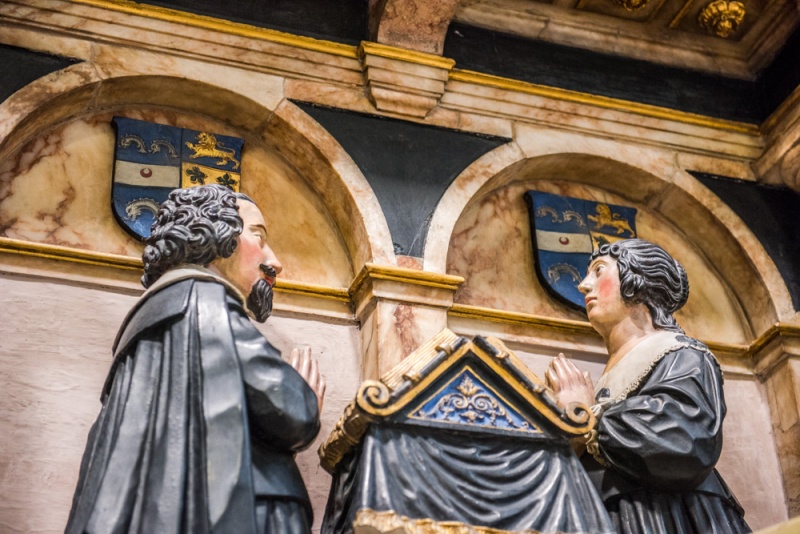 St Stephen is one of a dozen medieval churches in the historic town of Ipswich. Like several other town centre churches, it was declared redundant in 1975. 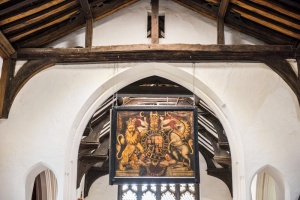 There was a church of St Stephen recorded in the Domesday Book of 1086 but the present building is a mix of Perpendicular Gothic and Tudor style, a product of the late 15th and early 16th centuries. Archaeological excavations suggest that the base of the Norman tower is preserved within the south porch.

The church was built on St Stephen's Lane, which today is a narrow passageway, but in the early centuries of Ipswich's long history, it was a major thoroughfare leading north from a ford across the River Orwell.

Though the interior of St Stephen's is filled with tourist information displays, a large number of interesting memorials have survived.

One of the finest is to Robert Leman and his wife Mary, who died on the same day in 1637. Leman was the nephew of Sir John Leman, Lord Mayor of London in 1616 and a wealthy member of the Fishmongers Guild.

The Worshipful Company of Fishmongers contributes to the cost of maintaining the Leman monument to this day, almost 400 years after his death. I've seen it written elsewhere that Robert Leman was himself Lord Mayor but this is a mistake, confusing the nephew and the uncle. Robert was, however, elected as Sheriff of London though he never took office. 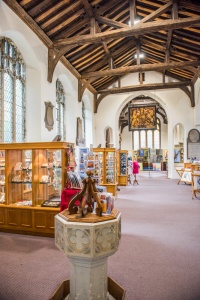 'The same sunne that closed
Her eyes in the morning
shutting up His in the evening'.

The monument was carved by John and Matthias Christmas, who served as carvers to the Royal Navy. It shows the couple kneeling, facing each other across a prayer desk, with their children ranged below. It is a superb example of an early 17th-century wall monument.

A richly painted royal coat of arms to Charles II, dated 1661, is suspended over the nave. The reverse of the board on which the arms are painted carries the fleur-de-lys symbol of the Prince of Wales. Another feature is a series of 5 funeral hatchments on the wall above the door.

Unfortunately, the tourist information centre that was located in the church has now closed and the church is not open for viewing at the present time (Autumn, 2020).

It was perhaps a bit startling to see the spacious interior of this beautiful medieval church filled with souvenir stands and map displays but at least it was being used, like St Lawrence church a short distance away on the north side of Buttermarket, which is now a cafe, and St Peter's by the Waterfront further south, which acts as a heritage centre. Far better these wonderful historic buildings are adapted to modern usage than see them decay. 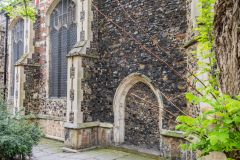 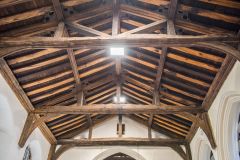 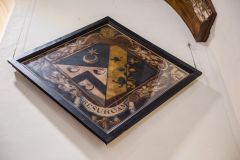