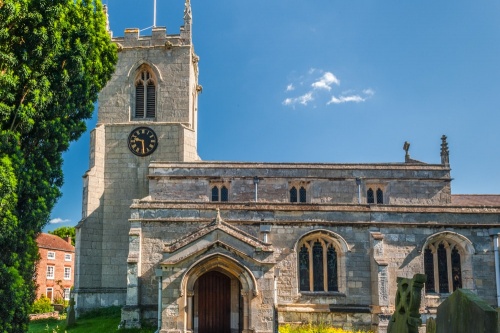 Mattersey is a delightful village in Nottinghamshire, stretching away from the south bank of the River Idle. The parish church of All Saints dates to the 13th century. Its origins are closely linked to nearby Mattersey Priory, a 12th-century Gilbertine monastery.

The Priory burnt to the ground in 1279 and it seems likely that the church was built for the local population at the same time as the priory was rebuilt. The canons of Mattersey were responsible for maintaining the chancel, and probably imported stone for both projects at the same time, and from the same source.

Though the oldest part of the present building dates to the 13th century it seems likely that there was a timber church on this site from as early as 1084, paid for the by lords of the manor, the De Maresy family. The first vicar that we know of was William de Langtoft, appointed in 1280 by the archbishop of York. 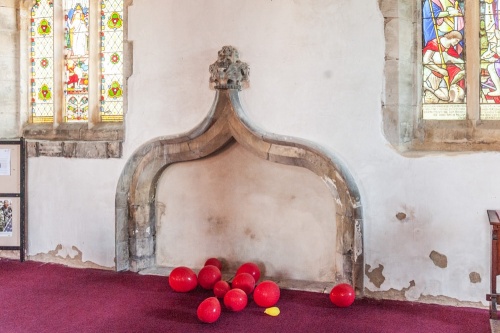 In the early 14th century Isabel de Chauncy, the daughter of Thomas de Merersye, gave her entire estates to the Priory. In the south aisle is a late 14th-century recess under an ogee arch, thought to be Isabel de Chauncy's tomb.

The main reason to visit All Saints is to see a pair of 14th-century stone panels. One panel is carved with a likeness of St Martin and the Beggar. The other depicts St Helena finding the True Cross.

These carved panels are thought to be the work of the same sculptors who worked on Southwell Minster and also carved the Easter Sepulchre at Hawton. The panels may have been brought to the church from Mattersey Priory, which was dedicated to St Helen (Helena).

The church was reported in poor condition in 1402. In that year the Pope issued an indulgence granting remission of all sins for five years to anyone visiting in person or by proxy and bringing money to repair the church. The indulgence must have been successful in raising money, for the church tower was rebuilt shortly after. 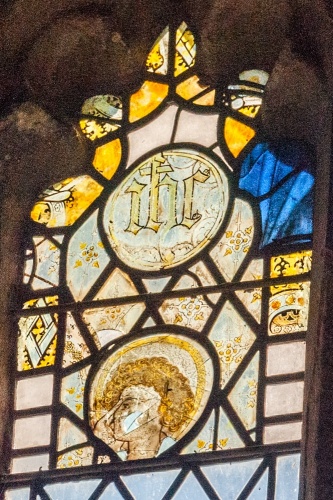 The font is Victorian, with the small stone bowl supported on four columns of black marble. It is topped with a wooden cover made of oak. The font and its cover were installed in 1857 in memory of Rev WC Fenton.

One window holds stained glass fragments brought here from Mattersey Priory. The glass probably dates to the 13th century. It shows a head and parts of a robe and is thought to depict St Helena. 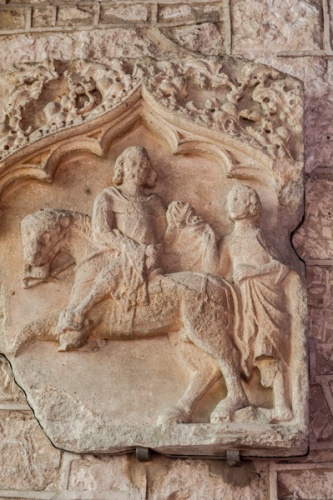 Set into the floor of the south aisle is a grave slab commemorating Ann Nettleship of Mattersey Abbey, who died in 1770. Also set into the floor is the grave slab of John and Frances Barker and their great-granddaughter Eliza Longstaff who died in 1839 at just 11 months old. There are several tablets to 19th-century vicars of Mattersey, including Rev Samuel Kennedy (d. 1829).

Perhaps the best memorial of all is that of Robert and Honor Graham. Robert died at the age of 65 in 1815. His florid epitaph reads:

'Eternal God receive his soul who humbly bowed to thy controul - what mortal errs not yet but few the faults his manly bosam knew. Lord for his great redeemers sake his spirit to thy mercy take and save him on that dreadful day when heaven and earth shall pass away.'

Do take the time to walk down Abbey Road to the ruins of Mattersey Priory (about one mile away). The Priory is one of the few monasteries established by the Gilbertine order, the only completely English monastic order. 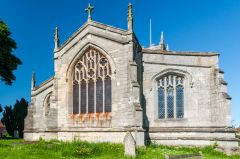 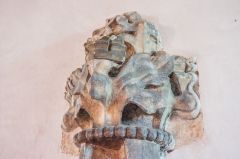 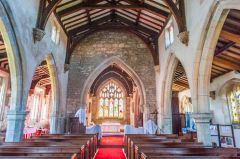 More self catering near Mattersey, All Saints Church

More bed and breakfasts near Mattersey, All Saints Church