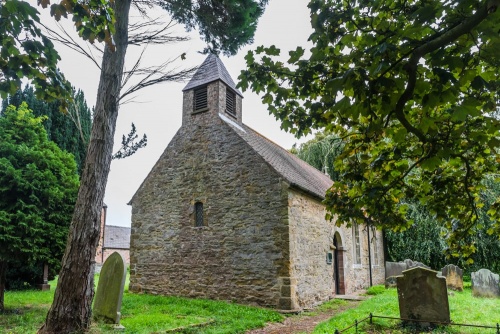 St Mary's Church in Birdforth, Yorkshire is a tiny 12th-century church rebuilt during the Tudor period. The church stands just off the busy A19 between York and Thirsk at the southern edge of Birdforth.

The is built of rubble with a pantiled roof and is composed of a four-bay nave, small chancel, and west bell turret made of brick and slate, added in the Victorian period. There is no porch; entry is through a Norman south door directly into the nave.

If you compare the two sides of the south doorway you can see that the left is original Norman work while the right (east) side is a 19th-century restoration. You can also see a blocked 12th-century window in the south wall of the nave. This seems to have been the only source of light until a pair of large Tudor windows were added several centuries later.

Within the church, the most interesting feature is a coat of arms carved in stone and dated 1585. This may have been added at the same time as the large windows in the nave wall. 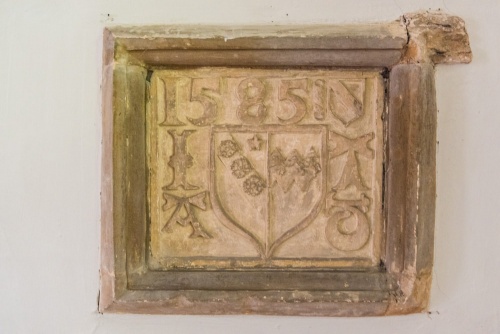 The panelled pulpit dates to around 1700 and is carved with depictions of vines.

The font is a simple Norman tub design, probably dating to the 12th century and standing on a recarved base. It is topped with a 17th-century wooden cover.

In the chancel is a worn 14th-century grave slab carved with a sword symbol. The nave roof has a tie-beam carved with the date 1702 flanked by the initials GB.

In the nave is a memorial tablet carved from white and grey marble commemorating Rev Robert Whytehead, who served as the curate for Birdforth and Thomanby until his death from typhus in 1818. The inscription describes Whytehead as 'a man ... without guile, ingenuous, unassuming affable and benevolent ... As a minister ... a burning and shining light'. On the opposite wall is a memorial to his father, Rev W Whytehead of Easingwold. 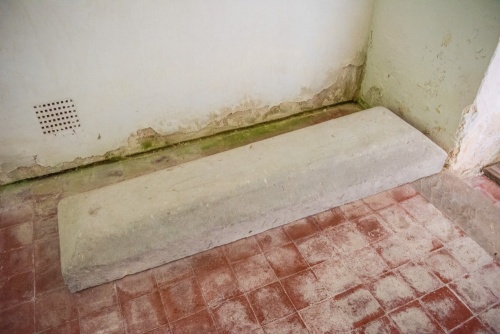 The elder Rev Whytehead is mentioned on the benefaction board, which notes that he left an acre of land, the income from which should be used to educate two poor children.

The chancel arch is 12th-century, without any decorative carving. It is striking, however, in that both responds have been cut away to provide a ledge. The southern ledge almost certainly held a crescent lamp, while the northern niche probably gave space for the medieval rood stair.

By contrast, all the pews are Victorian, as are the prayer desk and lectern, as well as the wrought-iron communion rails. The rails form the monogram AS, repeated several times. This presumably commemorates the churchwarden responsible for their installation.

These late Victorian features were added in 1897 when the church was completely restored. Records suggest that the serving rector thought it was not worth spending the money to restore Birdforth church, calling it a 'dilapidated old ruin'. 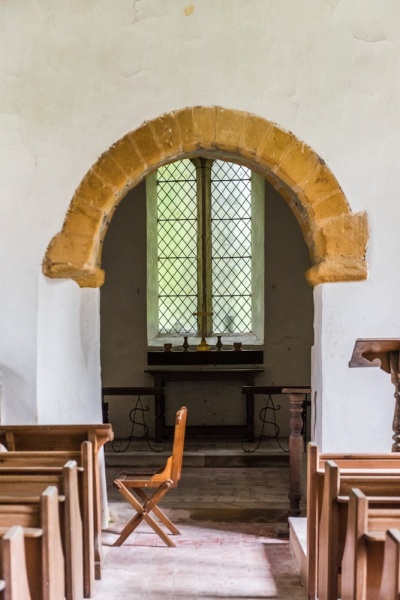 So few people attended his services that he called on the church authorities to avoid spending money on St Mary's when his parishioners could just as easily walk to Carlton Husthwaite.

His objections were ignored, but eventually, the church was declared redundant and passed to the care of the Churches Conservation Trust. It is sometimes called Birdforth Old Chapel.

St Mary's is at the southern edge of Birdforth directly beside the A19. There is no obvious signage but you can clearly see the church amidst trees beside the east (southbound) lane. Turn off the A19 and immediately turn right and you will find yourself in a cul-de-sac that ends in front of the churchyard. 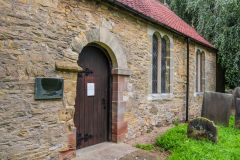 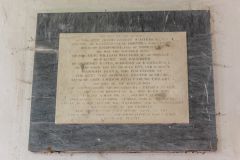 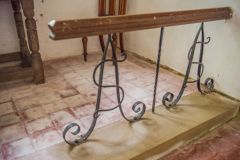 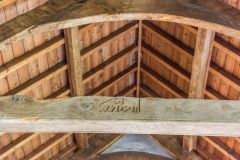 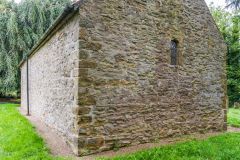