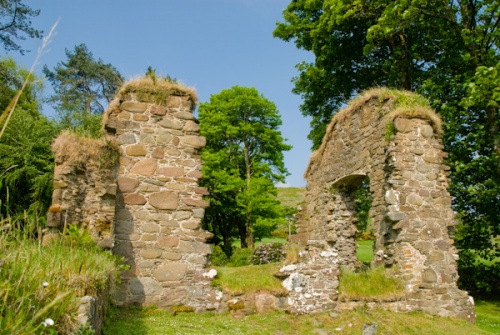 In the mid-12th century, the Kintyre peninsula was occupied by the Norse. During the 1150s the warrior king known to us as Somerled drove the Norse out and established Clan MacDonald as the authority in Argyll. His descendants became known as Lords of the Isles.

In 1160 Somerled established a Cistercian abbey at Saddell, on the east coast of Kintyre, about 8 miles north of Campbelltown. Somerled died in 1164 and the abbey was completed by Somerled's son, Reginald.

The abbey was eventually abandoned in the late 15th century after the Lordship of the Isles and all its lands were forfeited to the crown. In the early 16th century stones from the abbey were used for the construction of Saddell Castle, at the point where Saddell Water empties into the bay about a quarter-mile away.

More stones were taken away during the 18th century for further building work on the Saddell Estate nearby so that today only partial remains give us an idea of the abbey layout.

The abbey buildings stand on a raised slope beside the junction of Saddell Water with the Allt nam Manach (which loosely translates as 'water of the monks'). The abbey consisted of a cruciform church, and three ranges set about a cloister. The only really substantial bits of the abbey to remain standing are the chancel and north transept of the church and a part of the refectory undercroft. 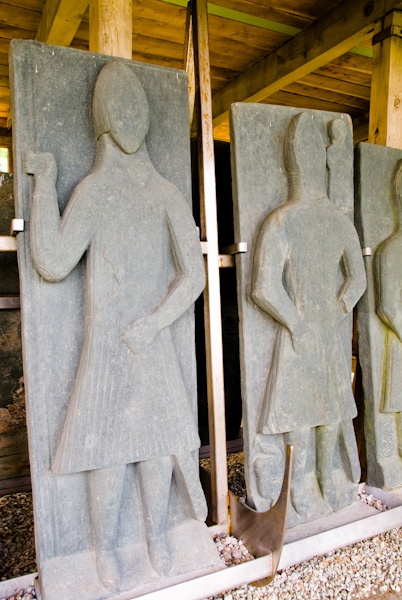 During its heyday, Saddell Abbey became an important centre for stone carving, and the craftsmen at Saddell specialised in crafting beautiful life-sized effigies and grave slabs. A dozen stones dating from the 14th to the 16th century have been gathered together under a special shelter at the entrance to the abbey site.

There are several distinct types of carvings; one cross, six grave-slabs, and five effigies. Of these, the four largest effigies were probably made on Iona, but at least six of the remaining carvings were produced by the Kintyre School of carvers, which was almost certainly based here at Saddell Abbey. The quality of the carving is quite wonderful, though several of the stones have obviously suffered from the effects of weathering over the passage of centuries.

Several carvings, in particular, are worth noting. One slab bears a very fine carving of a sailing ship, while several slabs depict monks who were probably abbots at Saddell. One slab bears the name of Donald MacNair and was probably commissioned by him in memory of his father Neil. In addition to the collection of carved stones at Saddell, there are seven other collections around the Kintyre peninsula, notably at Cladach and Kilchenzie.

A short distance south of the abbey is an ancient holy well; a spring with a stone drinking basin at the mouth. The basin, which has been decorated with a carving of a Latin cross, is a Victorian copy of a much earlier stone. A very short walk from the abbey takes you to Saddell Castle - now a rental property owned by the Landmark Trust.

Editor's note: Of all the places I have had the pleasure to visit in Argyll, Saddell had perhaps the most wonderful aura of peace and serenity. Perhaps I just caught it on a good day, but I can highly recommend a visit! 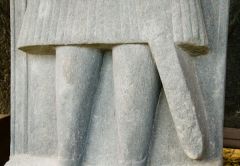 Nearby accommodation is calculated 'as the crow flies' from Saddell Abbey. 'Nearest' may involve a long drive up and down glens or, if you are near the coast, may include a ferry ride! Please check the property map to make sure the location is right for you.

More self catering near Saddell Abbey >>