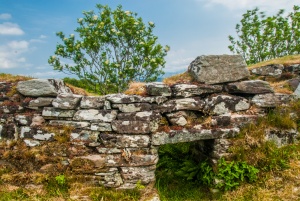 An opening in the wall of Kildonan Dun

Remains of a 1st or 2nd-century fortified farmstead stand on the western edge of Kildonan Bay, on the east coast of the Kintyre peninsula south of Saddell. If you look north across the bay you can make out the outlines of another dun on Ugadale Point. Another dun stands at Kildonald Point, to the south.

Kildonan Dun acted as a fortified residence and as the focal point for a small farming community. There is space for several huts within a roughly oval stone curtain wall, and a single entrance allows access through the wall. The entrance would have been protected by a thick wooden door, and you can still see where timber bars were set into the stone walls to provide extra security for the doorway passage.

The curtain wall seems to have been built to follow the contours of the land. It is impressively faced with stone on both the interior and exterior faces. There is little to defend the inhabitants from the landward side, but on the seaward side the ground falls away sharply, affording at least a modicum of security. 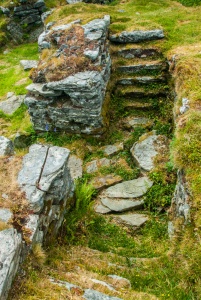 Though the ground within the dun's curtain wall is now rough and uneven, it would have originally been flattened and surfaced with gravel. The entrance area was surfaced with larger paving stones. Excavations found pieces of Samian ware pottery and kerbed hearths.

The way the dun is presented today is a result of excavations between 1936-1938.

There seems to be some doubt as to how long the dun was used. Archaeologists have found a 9th-century brooch made of bronze, suggesting the site was occupied when Kildonan formed part of the kingdom of Dalriada, with its capital at Dunadd. 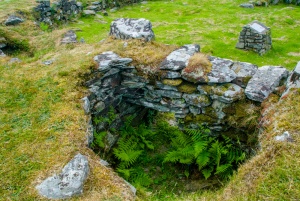 A chamber built into the wall

Whether it was continuously occupied from the 2nd century through the 9th century, or simply reoccupied at the latter time is unclear. It seems more likely that the dun was abandoned long before the Kingdom of Dalriada was formed, and only reoccupied between the 7th and 10th centuries. The brooch itself may have been made at Dunadd.

We do know that it was abandoned some time in the Dark ages and reoccupied in the late 12th century. This last period of occupation lasted until the early 14th century. At some point, the dun was adapted to use as a livestock enclosure.

The dun lies beside the B842, opposite the Forestry Commission's Ballochgair Car Park and picnic area. Just cross the road from the parking area and you will see the dun in the field ahead of you. There is a wooden stile and a short path to the site, though the path can be overgrown with bracken at times. This is an open site, accessible at any time.

Finds from the Kildonan Dun are on display at the Campbeltown Museum. 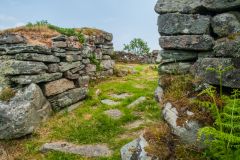 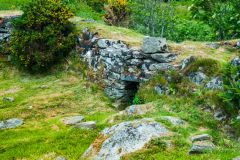 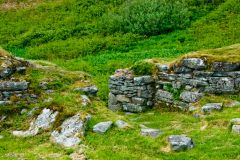 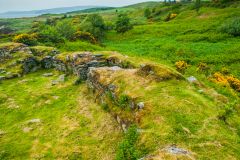 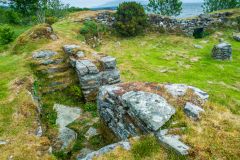 Nearby accommodation is calculated 'as the crow flies' from Kildonan Dun, Kintyre. 'Nearest' may involve a long drive up and down glens or, if you are near the coast, may include a ferry ride! Please check the property map to make sure the location is right for you.