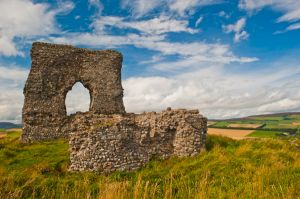 The striking, conical hill of Dunnideer stands just west of the village of Insch. There are two fascinating historic monuments atop Dunnideer Hill. The first is a ruined 13th-century castle set within the ramparts of a vitrified hillfort dating to at least 1300 BC (the information sign erected by Aberdeenshire County Council gives a possible time span of 1000 BC to 1000 AD, a huge span of years!)

The hillfort is composed of at least five concentric rings of defences. The defences are easily visible from below and from atop the hill, as a series of high banks and ditches. The oldest parts are the inner two rings, built of stone strengthened with wood.

The innermost ring encloses a rectangular area about 65 metres long by 25 metres wide. Interestingly, there is no obvious entrance opening. The stones are fused with heat, suggesting that at some point the fort was burned, possibly by a victorious besieging force who overcame the fort's defenders.

The outer three defensive rings are of earth and appear unfinished. Between the inner and outer defences are evidence of hut platforms, indicating that there was a time lapse between the construction of the inner rings and the outer earthworks. These structures were probably timber round houses and may have been built around 1200 BCE.

In the centre of the hillfort are the ruins of a medieval stone tower, built partly with stones from the vitrified fort. The ground floor is ill-lit and was probably used for storage. The first floor was much grander, as evidenced by a finely crafted surviving window.

We are not sure who built the castle, but it was probably in existence before 1260, which would make it one of the earliest castles in Scotland. Similar towers can be found at Balvenie and Coull. Beside the stone tower is a depression which is thought to be a cistern.

There is another ancient fort on Christ's Kirk Hill, opposite Dunnideer Hill, and similar forts at Durn Hill (Portsoy), and Little Conval, near Dufftown.

Taken as a whole, the Dunnideer site is quite impressive, though no one part of the defences is overwhelming in itself. The climb to the castle ruins on the summit is well worth it, though, as the panoramic view is superb. From the parking area at the base of the hill to the summit is a climb of no more than 10 minutes.

The site is not well signposted. The best way to reach Dunnideer is to follow the minor road from the centre of Insch signposted to Dunnydeer (note the difference in spelling). There is a small parking area on the left of the road shortly after leaving the village. In truth the hill is easily visible from almost anywhere in the area, so you're not likely to miss it! 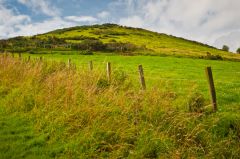 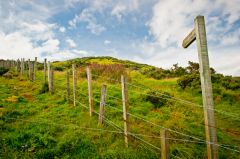 More self catering near Dunnideer Castle >> 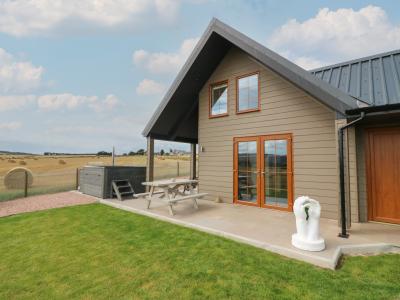 This delightful detached annex rests in Waterton near Insch, Aberdeenshire and can sleep two people in one bedroom.
Sleeps 2