HERITAGE HIGHLIGHTS:   Myths and legends cling to this romantic ruin 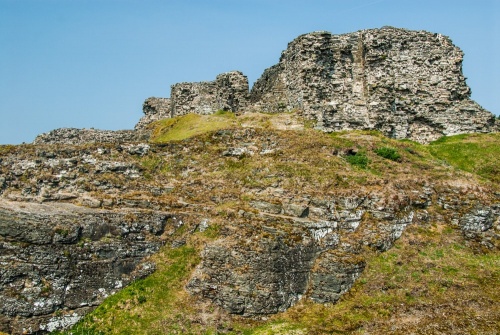 Here's romance! The dramatic castle of Dinas Bran is one of the most beautifully situated castles in Wales - and that's saying something. Set high on a hill above Llangollen, Dinas Bran, or Crow Castle, as it is popularly known, is inextricably linked to the legends of King Arthur. The castle was mentioned in the Arthurian romance Perlesvaus as a possible hiding place of the Holy Grail, and home of Bran (Bron), the Fisher King, brother-in-law of Joseph of Arimathea.

Other legends say that a silver harp is hidden in the hill, or that the hill is inhabited by faeries. More prosaically, we know that the present castle is built on the ruins of an Iron Age hill fort. Medieval manuscripts mention a castle here as early as 1073, but the present building is a likely product of the late 13th century.

The castle was probably built by Gruffudd ap Madog (d. 1269), ruler of north Powys. Gruffudd allied with Llewelyn ap Gruffudd in his squabble with his brothers for control of Powys. In 1277 the castle was besieged and destroyed by Henry de Lacy, Earl of Lincoln, on behalf of Edward I.

The Welsh defenders burned the castle so that the English would not be able to use it, and retreated before de Lacy's troops arrived. Sometime before 1282 Dafydd ap Gruffudd, Llewelyn's brother, occupied Dinas Bran once again and the English were forced to send another force to retake it. Edward then granted Dinas Bran to the Earl of Surrey. 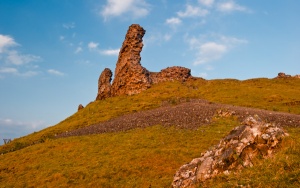 The castle was never rebuilt and lapsed into the romantic ruins we see today. Myths and folk tales cling to the romantic ruins, however. The popular medieval tale of Fulk Fitzwarin says that the castle was thought to be haunted. A Norman knight named Paine Peveril decided to test that legend and convinced his friends to spend a night at Dinas Bran.

The Normans were attacked by the giant Gogmagog, but the brave knight kills the giant. Before Gogmagog dies, however, he tells Paine Peveril that he has driven away the castle's builder, a king named Bran, and buried treasure beneath the castle.

The views over the Dee valley and the town of Llangollen are superb and offer an ample reward for those vigorous enough to undertake the steep climb to the castle.

It is only a short drive from Dinas Bran to another pair of historic sites; the lovely ruined abbey of Valle Crucis and the remains of Eliseg's Pillar, an early carved cross that gave its name to the valley.

Wow! A fabulous romantic ruin, in a superb location. Well worth a visit. 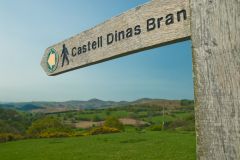 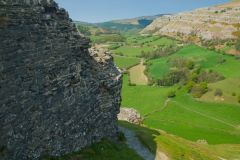 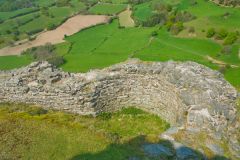 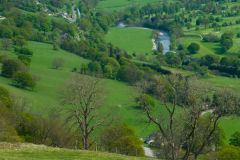 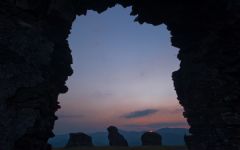 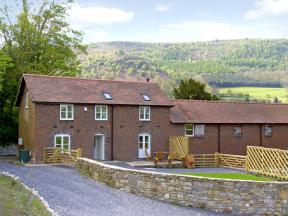 This detached barn conversion close to Llangollen has exposed beams and a woodburner, and sleeps six people over three bedrooms.
Sleeps 6

This Grade II listed detached cottage is situated on a canalside, next to the Pontcysyllte Aquaduct, close to Llangollen in North Wales and sleeps up to six people in three …
Sleeps 6