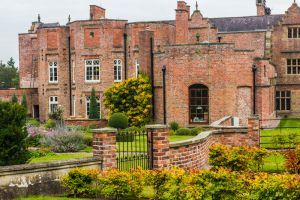 Brynkinalt is a Grade II* listed house, built in 1612 for the Trevor family, who still own the property. The house stands in beautifully restored gardens including a 5 acre ornamental woodland. The house is linked to the Duke of Wellington, whose grandmother lived here.

The story of Brynkinalt is the story of the Trevor family. The Trevors trace their history to AD 942 when Tudor Trevor, King of Gloucestershire, married Angharad, daughter of Howel Dda, King of Wales. A somewhat more dubious piece of family history suggests that the family began in AD 389 when the British king Vortigern married Severa, daughter of the Roman Emperor Maximus.

Whatever the family origins, the Trevors were connected to many of the most powerful figures in Welsh history, and can claim relation to Llewellyn the Great and the Irish kings.

The core of the Hall was built by Sir Edward Trevor in 1612. It was built of brick, made on-site. The original Jacobean hall, with its richly detailed oak panelling, still survives, offering a wonderful glimpse into the early 17th century world of the Trevor family. The Great Hall was originally an open courtyard, and coaches entered through an archway where the staircase now stands.

A descendent of Sir Edward named Marke Trevor was made the 1st Viscount Dungannon by Charles II after he wounded Oliver Cromwell at the Battle of Marston Moor. The Duke of Wellington's mother was born into the Trevor family and the Duke came here often to see his grandmother. He is known to have accompanied her to visit the Ladies of Llangollen at Plas Newydd.

In 1808 Charlotte, Viscountess Dungannon, enlarged the Jacobean house, adding 2 wings, with a drawing room, dining room, a pair of morning rooms known as The Boudoirs, and a conservatory giving views over the Ceiriog valley below the house. She also added romantic Gothic embellishments to the house, including turrets and parapets in the style of a medieval fairy tale fortress.

One fascinating survival from this period is Viscountess Charlotte's design book, with sketches, plans, and notes on the rebuilding process. 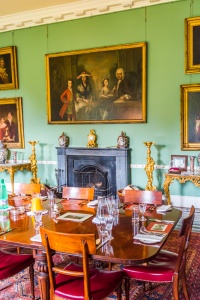 One of the two morning rooms

Charlotte also took a hand in designing the gardens, adding romantic touches such as follies, and creating the double walled garden, with its unusual tunnel access. The gardens include a formal West Garden, and an ornamental shrubbery begun in 1905.

I was fortunate enough to join a group tour of Brynkinalt that included not only a tour of the house led by The Hon. Mrs. Kate Hill-Trevor, but luncheon in the wonderful state dining room. The dining room has mementos of the Duke of Wellington, including a pair of musket balls, one British and one French, brought back from the Battle of Waterloo.

One eye-catching feature of this room is that one of the family portraits on the wall swings back to reveal a hatch that connects directly to the kitchen next door. I watched in amazement while a waitress swung open this secret hatch, retrieved a plate of hot food, and brought it straight to the table. She told us that the staff just take the secret hatch for granted, having used it so often.

As for the house tour, it was an absolute delight. Mrs Hill-Trevor took obvious delight in the history of her family home, and told us so much about the family, their personalities, and what it was like to live at Brynkinalt - as well as the challenges involved in running a modern estate. She showed us Viscountess Charlotte's design book, with architectural drawings and sketches detailing how the Viscountess helped design the current building, and how the house developed over time. The drawings provide a fascinating glimpse into the development of a country house.

Outside the house is a small, but beautifully arranged formal garden, complete with fountains, statues, and sundials, and behind the house is a historic church. What is really impressive, though, is the view from the house frontage, as the land falls away down a long slope leading to the border with Shropshire.

Brynkinalt is a delight to visit, a house full of history, in a picture perfect location. 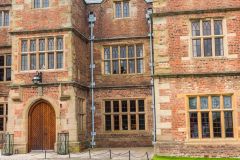 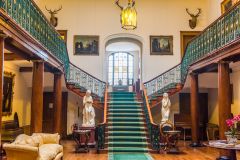 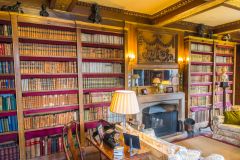 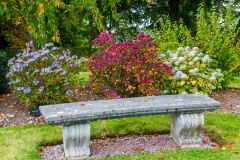 About Brynkinalt
Address: Off Trevor Road, Chirk, Wrexham, Clwyd, Wales, LL14 5NS
Attraction Type: Historic House
Location: Do not use the postcode for satnavs as it brings you to the back of the house through narrow lanes. From Chirk turn onto Trevor Road by the church, and where the houses end at a left hand bend you will find the estate gates.
Website: Brynkinalt
Email: info@brynkinalt.co.uk
Historic Houses Association
Location map
OS: SJ304 378
Photo Credit: David Ross and Britain Express

More self catering near Brynkinalt >>

More bed and breakfasts near Brynkinalt >> 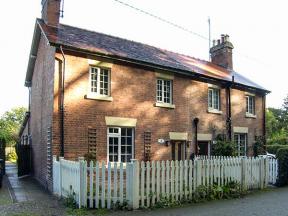 This semi-detached cottage is situated on the canal next to Chirk Aqueduct on the Welsh/English border and can sleep five people in three bedrooms.
Sleeps 5