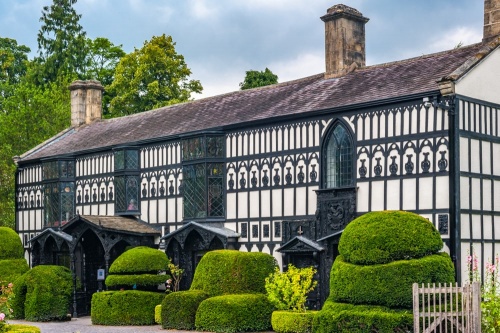 Plas Newydd
On the outskirts of Llangollen stands what at first glance appears to be a timber-framed medieval house, set in attractive gardens. Looks can be deceiving, for Plas Newydd is not medieval, at least not as we see it today, though there has been a house here for centuries.

Though the house and gardens are attractive, the main reason most people visit Plas Newydd is its association with two remarkable women, the famous 'Ladies of Llangollen'.

About the Ladies of Lllangollen

Sarah Ponsonby (1755-1831) and Lady Eleanor Butler (1739-1829) came from aristocratic stock in Ireland. They met when Sarah was enrolled at Miss Parke's boarding school in Kilkenny in 1788, when Sarah was only 13 and Lady Eleanor was 29. Both had unhappy family lives, and it may have been this bond that helped draw them together. Sarah was an orphan, in the care of her father's cousin, Lady Betty Fownes, and her husband Sir William. Lady Eleanor was the third daughter of Walter Butler of Kilkenny Castle. 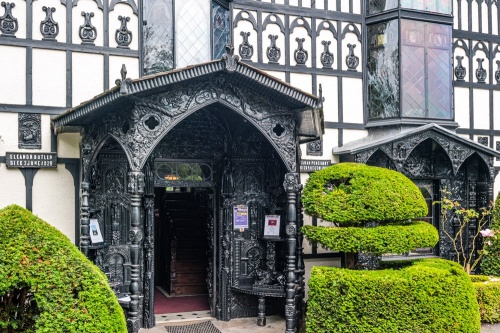 The two became friends, and kept up a correspondence for several years after leaving the school. Lady Eleanor was being pressured by her family to enter a convent, in part to lessen the financial burden of keeping her, and in part to restore the family relationship with the Catholic church after her brother's conversion to Protestantism. Sarah, in the meantime, was the object of unwelcome attention from Sir William.

In 1778 the two women made plans to 'elope', though that term suggests a romantic attachment that may or may not have been the case; despite speculation on the nature of their relationship, we simply don't know. They were found by their families at Waterford, dressed in men's clothing, and Sarah was armed with a pistol. They were separated again, and once again tried to escape together. This plan was thwarted, but finally, after it became clear that the two refused to give up the plan to live together, their families relented and on 9 May, 1788 the pair left Ireland, intending to settle in England. 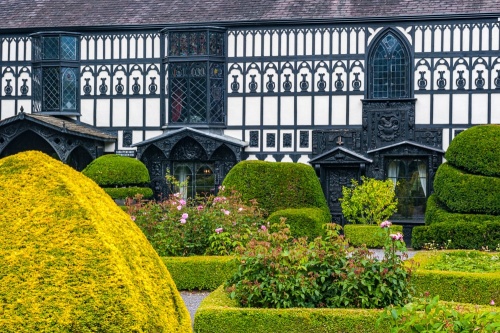 They landed in Milford Haven and began a tour of north Wales. When they reached Llangollen they were immediately captivated by the area. At first they lodged at the Post Office, but when Pen-y-Maes cottage became available for rent, they snapped it up. They moved into the cottage in May, 1780 and renamed it Plas Newydd, or New Hall. Here they stayed for the next 50 years, rarely spending a night away from home. Over that time they created a house and garden that drew visitors from across Britain, and made Plas Newydd almosrt a byword for intellectual stimulation and educated refinement.

Why were they famous?

At the time the Ladies came to Llangollen to set up house, the ideal of 'romantic friendship' was popular. Though the term 'romantic' may have different connotations today, intellectuals in the late 18th century were espousing the ideal of a retreat from the world into a sort of semi-secluded environment of educated, intellectual stimulation, where the whirl of high society could give way to contemplation, personal improvement, and study. The idea was that one would spend time tending to intellectual improvement, reading, and education, as well as tending to one's garden and home.

Obviously only people of means could afford such an idyllic vision of intellectual life, but the Ladies of Llangollen were two such people, and to the fashionable society of the late 18th and early 19th century they represented an almost ideal picture of a life well lived. They spent their days in learning, self-improvement, and creating a wonderful garden around their small house. In this they were helped by their long-term housekeeper, Mary Caryll, who came with them from Ireland.

The Ladies of Llangollen welcomed the great and the good of society to their little house, including poets like Robert Southee and William Wordsworth, and statesmen like the Duke of Wellington. Potter Josiah Wedgwood visited, as did novelist Sir Walter Scott.

The Ladies of Llangollen are buried in Llangollen churchyard, where a curious three-sided monument to them and Mary Caryll stands outside the south-west corner of the church. Incidentally, it is commonly reported that Mary Caryll bought Plas Newydd with her life savings and bequeathed it to the Ladies. According to the informative guidebook on sale at the house, this is not strictly accurate; Mary saved enough to buy the adjoining fields, which she left to Sarah Ponsonby on her death. 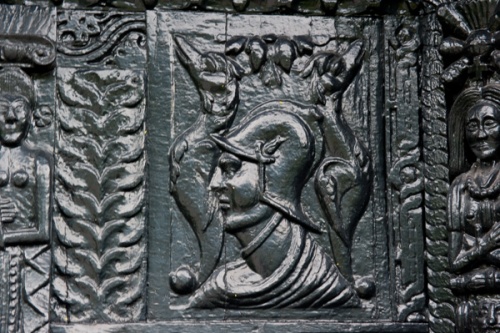 The house at Plas Newydd is filled with mementoes of the Ladies of Llangollen, though many of their belongings were gradually dispersed after their deaths. However, just as interesting, if not more so, is the house itself. For Plas Newydd is absolutely chock full of the most astonishing display of woodcarving I've ever seen in any historic house in Britain. Yes, that's a tall claim; there are many stately homes that showcase more grandiose examples of woodwork, but I've never seen a house where it seems that every surface is decorated with carvings in the way that Plas Newydd is.

Though the carvings cover far too many subjects to mention, there are several themes repeated over and over; green men, caryatids (a part human figure used as an architectural pedestal), a 'tongue sticker' beast, and variations on dragons and wyverns. Most of the carvings were assembled from churches that were being torn down.

The carvings transform an attractive little house into an extraordinary architectural wonder. And it is not just the interior that features carvings; the exterior as well, or at least two sides of it, are covered in carving detail. The result is a quite astonishing house; unlike any I've ever seen. I'm not sure words can do it justice; you simply have to see it for yourself. 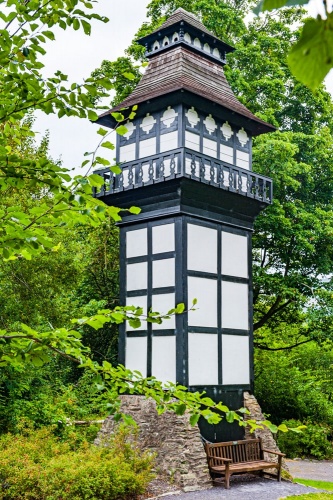 A 'black and white' tower in the gardens

In the gardens are two further curiosities; a font brought here from the ruins of Valle Crucis Abbey, and a medieval high cross from Chester.

Note: Do not confuse the Llangollen Plas Newydd with the National Trust property of the same name on Anglesey. 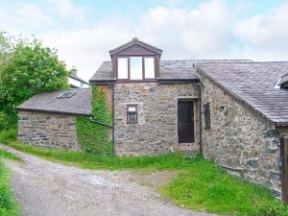 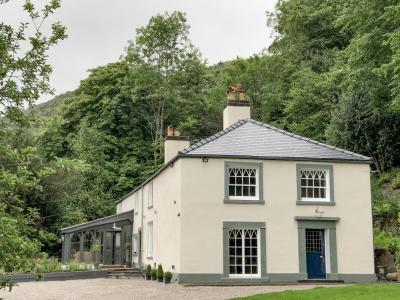 This Grade II listed, detached property rests in Froncysyllte near Llangollen and can sleep 16 people in eight bedrooms.
Sleeps 16