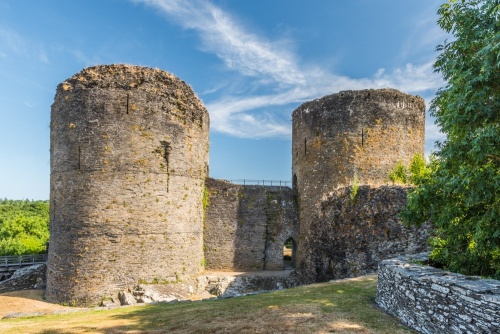 Cilgerran Castle stands in a beautiful position at the top of a deep, wooded gorge, overlooking the River Teifi. The first castle on the site was erected by Henry I to strengthen his hold on south-west Wales. Henry granted lordship of Cilgerran to Gerald of Windsor, already lord of Pembroke. Gerald was married to Nest, known to history as the 'Helen of Wales'. Nest was the daughter of Rhys ap Tewdwr, ruler of the Welsh kingdom of Deheubarth.

In 1109 Cilgerran was attacked by Owain ap Cadwgan, later Prince of Powys. It seems that Owain and Nest were lovers and the attack was prompted by Nest who saw it as a way to rid herself of her husband. Gerald, however, escaped his attackers by jumping through a garderobe chute into the castle cesspit (the garderobe can still be seen today). Gerald had the last laugh, however, as seven years later he killed Owain in an ambush.

In 1164 Lord Rhys captured Cilgerran, but it was retaken by William Marshall, Earl of Pembroke, in 1204, who built a strong round keep of stone. Once again the Welsh retook it, under the leadership of Llewelyn ap Iorwerth, and once again the English retook it in 1223. 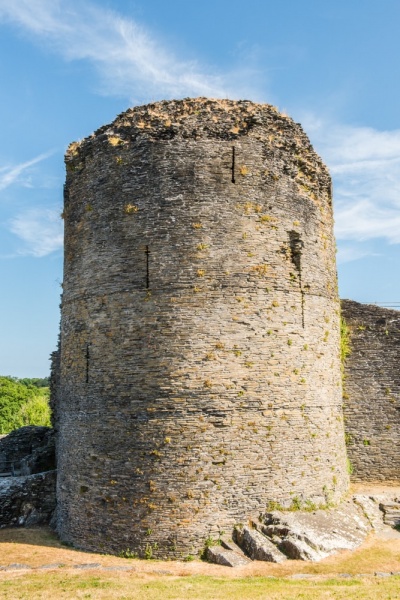 Cilgerran enjoyed only a short period of use, and by the late 13th century had fallen into disrepair. It was briefly refortified by Edward III in the 1370s to counter the threat of a French invasion. Cilgerran was badly damaged during Owain Glyndwr's rising in 1405, and shortly after it passed into crown hands.

Tourists used to visit Cilgerran by boating up the river from Cardigan, and artists like JMW Turner were drawn to paint the romantic ruins, which are now cared for by Cadw. 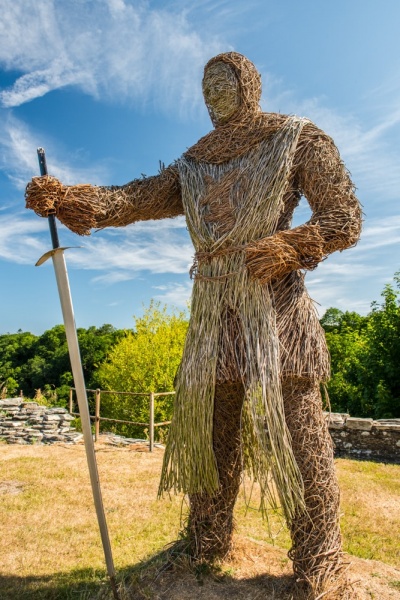 The straw figure of a knight in the inner ward

The castle is composed of two enclosures, or wards. The outer ward is entered by a small gatehouse and contained ancillary buildings such as stables. The stone foundations of one rectangular building stands near the outer ward gatehouse. Rather incongruously there are modern picnic tables within the foundation walls.

The inner ward is separated from the outer ward by a deep ditch cut into solid rock and crosed by a timber drawbridge that could be raised if danger threatened. The drawbridge leads to a gatehouse that gives access to the wide inner ward. 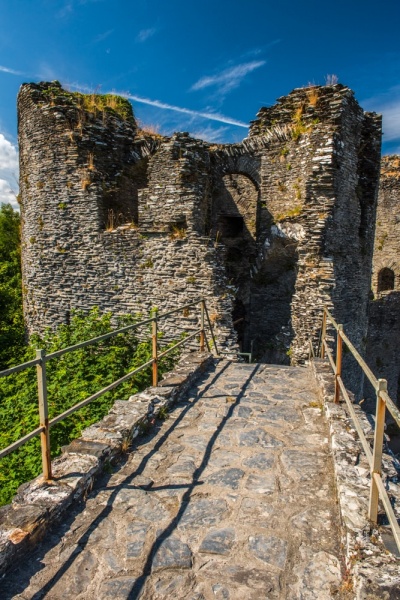 The parapet walk and West Tower

Ranged around the inner ward are more ancillary buildings such as a kitchen and a circular lime kiln. You can also see a set of steps descending to a sally port near the lime kiln. There is another sally port at the base of the East Tower, giving access to the ditch outside the castle walls.

One corner of the castle site extends over a narrow promontory with the rectangular remains of the North Tower overlooking the gorge.

Cilgerran Castle is very well signposted from major roads near Cardigan. Perhaps the easiest approach is to turn off the A484 at Lechryd, crossing the historic 18th-century bridge. Simply follow the signs through Cilgerran village and the turning to the castle is on your right. Alternatively, you can take the A478 south from Cardigan and turn left at Pen-y-bryn. The castle turning will be on your left as you enter the village.

Do take the time to visit the nearby parish church of St Llawddog and see the 5th-century Ogham stone in the churchyard. 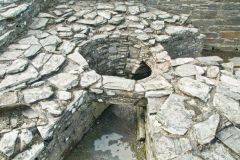 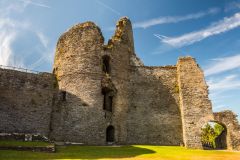 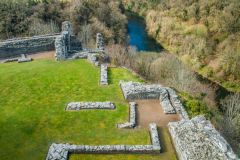 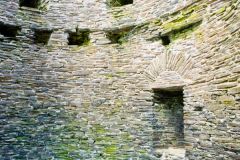 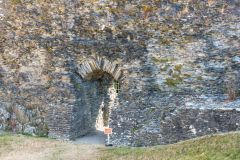 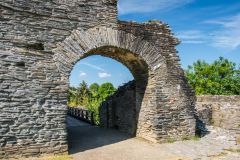 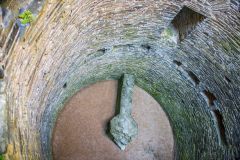 More self catering near Cilgerran Castle >> This spacious detached property is in the village of Cilgerran near Cardigan in Wales and sleeps six people in three bedrooms.
Sleeps 6 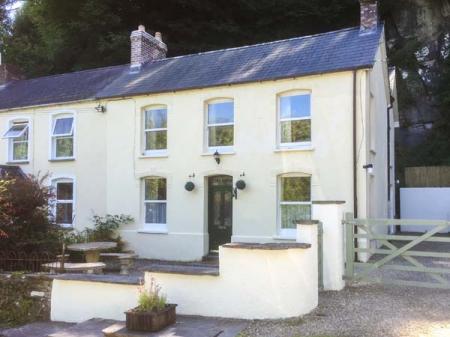 This semi-detached cottage is in the village of Cilgerran near Cardigan in Wales and sleeps six people in three bedrooms.
Sleeps 6