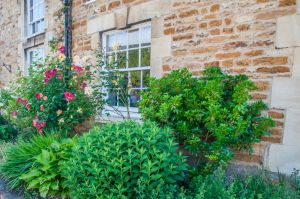 Manton
The village of Manton stands at the south-west corner of Rutland Water, a few miles south of Oakham. Just to the east is Lynton nature reserve, and to the north is Egleton nature reserve, home of an annual bird-watching festival.

Manton's parish church of St Mary's is an unusual building, with no tower - rare in this area. In the 14th century, a chantry college was founded inside the church.

The village was not mentioned by name in the Domesday Book, though it was probably one of seven berewicks belonging to the royal manor of Hambleton Churchsoke. Henry I granted half of the manor to the Cluniac order of monks, though later monarchs occasionally seized it for themselves. 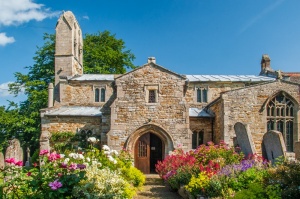 Henry V finally seized the manor for good and granted it to William Porter in exchange for an annual rent of a single rose. Porter sold it to Ralph Cromwell, who used the revenues of Manton to support his almshouses and chantry college in Tattershall, Lincolnshire.

In the late 16th century a major coaching route between London and Richmond (Yorkshire) ran through Manton. The traffic eventually brought great prosperity to the village and several notable large houses in Manton date from the 17th and 18th centuries.

Manton played a role in another sort of transportation revolution in the great railway age of the late 19th century. In 1875 a rail tunnel right under the village was built, and the line is still in use.

More self catering near Manton >>

More bed and breakfasts near Manton >>