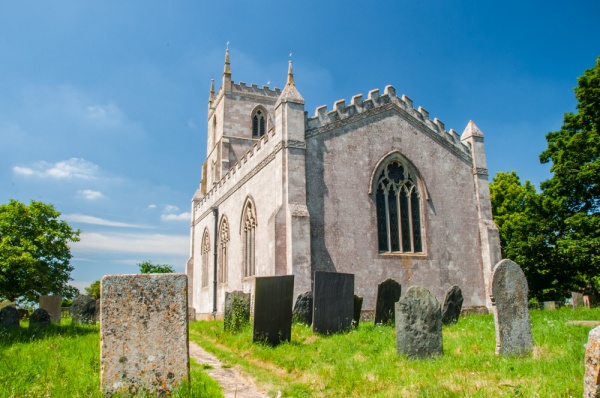 Holy Trinity church in the village of Teigh dates to the 12th century, but that early church was replaced by the current building in 1782 on the initiative of Robert Sherard, the Earl of Harborough, who served as rector. The Earl was also responsible for rebuilding the churches at Saxby and Stapleford.

The only remaining section of the medieval church is the base of the tower. The main entrance is by way of a west door leading through the tower into the nave, where you will find the pews arranged facing inwards, in chapel style.

The interior furnishings have a Strawberry Hill Gothic theme, with delicate blue and cream painting on the ceiling and west wall. The ceiling has the Sherard arms at one end and the Sherard crest at the other.

The Flemish painting over the altar is worth noting. It dates to about 1600 and may be the work of the Van Veen studio. The main interest here is the triple-decker pulpit, which is combined with prayer desk and lectern to form a peculiar, and possibly unique structure that hovers over and around the entrance door.

Behind this unusual pulpit arrangement is a trompe l'oiel painting of a window. The overall effect is unusual, not spectacular, but very pleasing.

A memorial tablet near the altar is evidence of the fact that Teigh was a 'Thankful Village'; that is, all local men and women who served in World war I returned home safely from the war.

The church is often locked but there are several keyholders nearby - and since Teigh is such a small village, 'nearby' means only a few steps away from the church! I loved visiting the church; the 'Gothick' interior will not be to everyone's taste, but if you enjoy historic churches you'll appreciate the wonderful glimpse into the late 18th century. 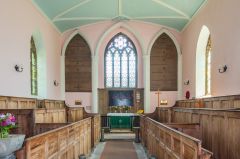 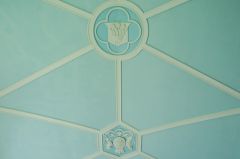 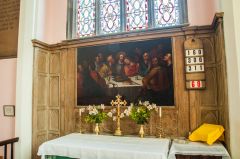 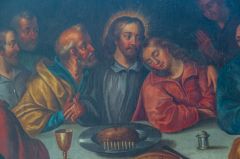 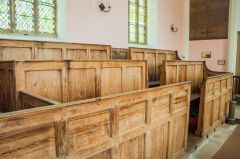 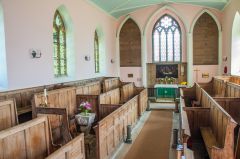