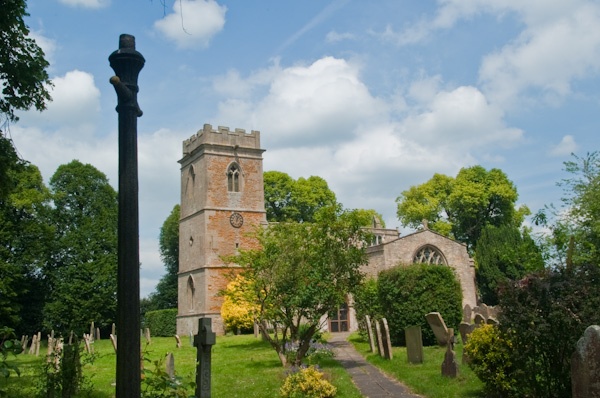 The parish church of St Peter and St Paul in Market Overton is an attractive medieval church surrounded by lime trees and set within the boundaries of a Roman fort. The church stands in the south-west corner of the rectangular fort enclosure. You can make out Roman earthworks to the north and east of the church.

Much of the church is 14th century, but a Victorian restoration revealed a Saxon tower arch, the only one in Rutland. The arch dates to the late 10th or early 11th century. The jambs are made from flat upright stones, with three flat stones at the top. They rest on projecting stone plinths. The stonework on either side of the arch appears to be Saxon as well.

The tower was erected in the 13th century and raised in the following century when the top stage was added.

The font is probably the most interesting feature; it has an Early English column capital inverted to form a base for a Norman bowl.

On the north side of the tower arch is a small stone coffin of the right size for an infant. The coffin is only 20 inches long and was obviously made for a Saxon family of some importance.

The oldest monument is to Henry Tymperon (d. 1695) on the east wall of the chancel. Another interesting monument is to Thomas Cox (d. 1700) a rector of the parish.

The exterior of the tower has three intriguing sections of what may be a decorated Saxon cross shaft, embedded about 18 inches off the ground.

On the south face of the tower is a simple sundial said to have been donated by Sir Isaac Newton, whose mother, Harriet Ayscough, lived in Market Overton.

In the north-west corner of the churchyard is a stile supported by a pair of large stone balusters that formed part of the Saxon belfry window. 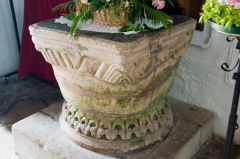 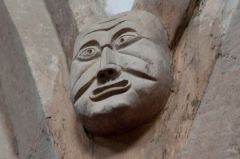 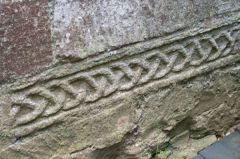 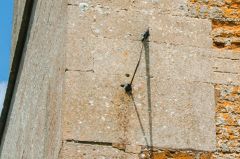