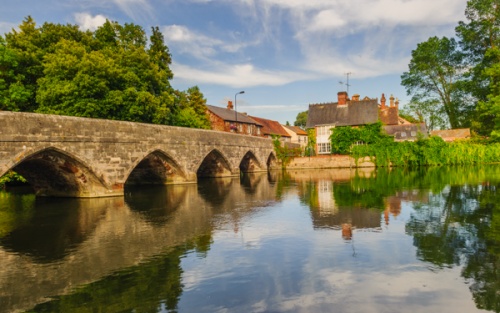 The historic bridge at Fordingbridge
Fordingbridge is a lovely old market town known as the northern gateway to the New Forest (though in truth it is more to the west of the Forest than the north!). On King's Yard, just off Salisbury Street, is Fordingbridge Museum, where you can learn about the local history of the area. 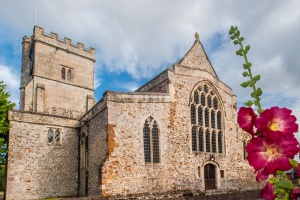 There are displays of local life and trade, and how people lived in wartime. See a Victorian doll's house, and a special exhibition on Augustus John, the celebrated artist who made his home in Fordingbridge for the last several decades of his life.

A statue to John stands in a small green space beside the River Avon, next to the lovely medieval bridge that gives the town its name.

At the other end of old Fordingbridge is the parish church of St Mary, a mainly 15th-century building with an unusual tower rising from the north aisle. In the churchyard is the tomb of Captain James Seton, the last man to die in a duel in England.

Just north of Fordingbridge is Rockbourne Roman Villa, while only a few miles to the east is the fringe of the New Forest. About three miles north is Breamore House, a wonderful Elizabethan manor.

More self catering near Fordingbridge >>

More bed and breakfasts near Fordingbridge >>

A detached cottage located near the town of Fordingbridge in Hampshire, it can sleep up to eight people in four bedrooms.
Sleeps 8 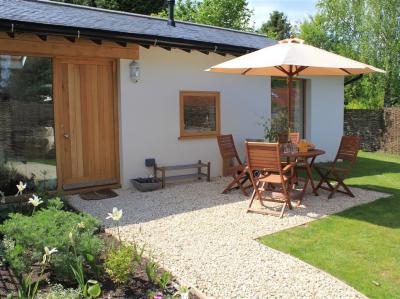 This ground floor, semi-detached cottage is in Martin, Hampshire and can sleep four people in two bedrooms.
Sleeps 4