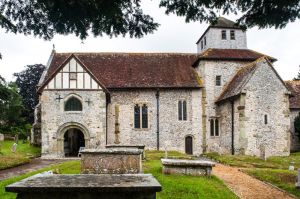 The little Saxon church of St Mary's at Breamore stands in a copse of trees just below the Elizabethan manor of Breamore House. It can rightly be considered one of the most historically important Saxon buildings in the south of England.

The church was probably founded by King Ethelred II, known to history as 'The Unready', around 1000 AD. It was very likely a minster church serving a royal estate. At the time of the Domesday Book survey, Breamore was still owned by the Crown.

It is possible that a royal hall or manor house stood just west of the church, with access through a now-vanished north porticus. The south porticus still exists and is entered through a round-arched Saxon doorway, carved with letters upon the arch. The letters read HER SWUTELATH SEO GECWYDRAEDNES THE, which loosely translates as 'Here is manifested the word to thee'.

There are 12th-century stone corbels supporting the tower, and two of these are carved with faces, one of which may represent a Green Man. The crossing walls are covered in hatchments, or funeral escutcheons, with the arms of the Hulse family of Breamore Manor. This represents probably the largest collection of funeral hatchments in any English parish church.

There are fragments of wall paintings in the chancel ranging from the 13th to the 15th century. There are numerous Hulse memorials, and another to Mary Hall, aged 22, who was killed in 1862 in a celebrated Victorian murder case. Her killer was executed at Winchester.

So much for the interior; the exterior holds even more historic treasures. In the porch, protected from the elements, is a large rood dating from the Saxon era. This is one of only four Saxon roods in Hampshire; the others are at Headbourne Worthy and a pair at Romsey Abbey.

The relief carving is nearly life-sized, and shows Jesus in obvious suffering on the Cross, an unusual treatment of the scene at that time. The rood is surrounded by wall paintings showing a landscape. Part of the painting depicts the suicide of Judas, a very unusual subject in a painting of this type. 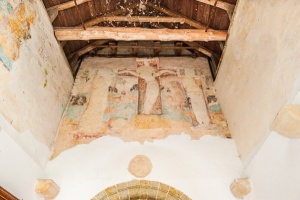 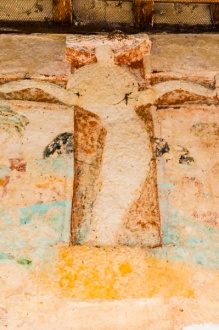 The exterior walls show Saxon long and short work, and there are reused Roman bricks scattered throughout. An almost complete pilaster strip is on the south wall, near the porch. On the west wall of the south porticus is a 17th-century plaque, probably inspired by Puritan sentiment so prevalent at that time. It reads 'Avoyd Fornication'.

Breamore Church is a Saxon gem and deserves a visit. If you come during the summer months you can also visit Breamore House, which is a lovely Elizabethan manor full of historic interest. 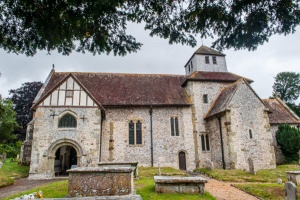 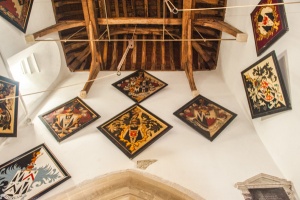 Hulse hatchments on the tower wall 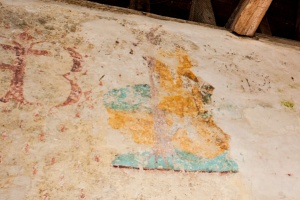 Wall painting inside the porch 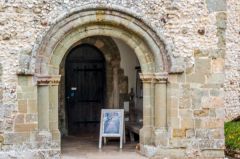 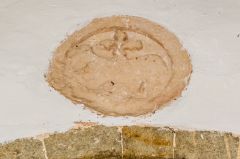 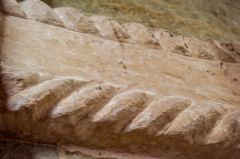 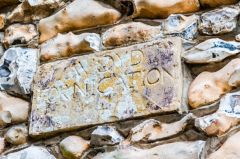 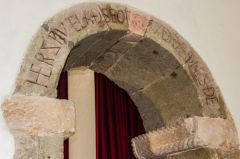