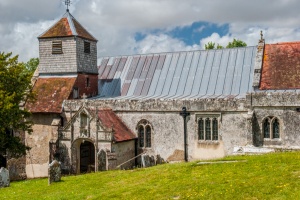 The earliest church at Rouckbourne was a simple 12th-century building in cruciform style. Sometime in the 13th century this was enlarged with the addition of a south aisle. A small timber bell-turret topped the building in 1613, and a south porch was added by CE Ponting during restoration in 1893.

The Priory of Maiden Bradley in Wiltshire held the living of Roockbourne, but they leased it to the canons of Braemore for an annual sum of 100 shillings. Braemore held the church living until the Dissolution of the Monasteries.

The oldest part of the church is a narrow, round-headed 12th-century doorway leading from the north transept. The large chancel arch was inserted in the 15th century, replacing the Norman arch. Most of the interior woodwork is 18th century, and there is a painted royal coat of arms dated 1678.

The north wall of the chancel has windows; which is just as well, for the entire wall is covered with memorials to the local Coote family. Of these the most impressive is a marble monument to General Sir Eyre Coote of West Park, sculpted in 1823 by J Gibson. This typically sentimental 19th-century memorial shows an angel comforting Coote's grieving family. There is a more sober monument to another Sir Eyre Coote, who died in 1864 at the age of just 33.

In a 15th century window in the south aisle are fragments of medieval glass, including a Maria monogram in white and gold glass. The wagon-vaulted nave roof is 16th century, and though the chancel roof is in a similar style, it is a modern imitation. There is a 17th-century altar table in the vestry and an octagonal 15th-century font atop a modern base.

For me, the most interesting historical feature inside St Andrews is a 16th-century triptych in the chapel. This is Dutch, and sits in a heavily gilded frame. Also in the chapel is a 14th-century piscina and a painting of General Eyre Coote. St Andrew's church is a very short distance north of Rockbourne Roman villa, which is well worth a visit. 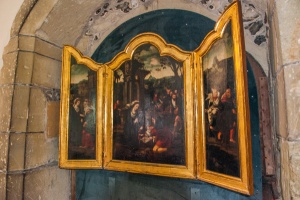 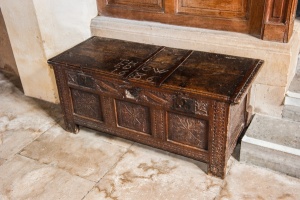 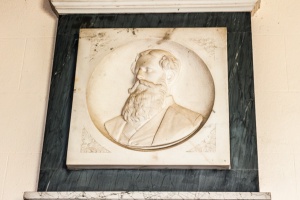 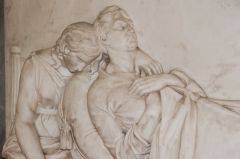 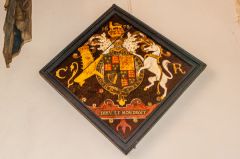 More self catering near Rockbourne

More bed and breakfasts near Rockbourne