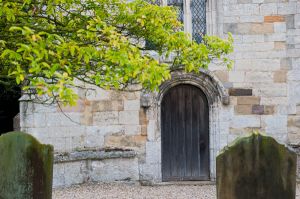 I think the word 'idyllic' was invented for Crambe. The little village is tucked away on a hidden slope above the River Derwent, not far from the historic ruins of Kirkham Priory. The parish church of St Michael's is a very simple building dating to the 11th century with a 13th-century extension and a lovely 15th century west tower.

A 17th-century grave slab is built into the south wall, and under the window is a partial hogback tomb or piece of a Saxon cross shaft that may date back as far as the 10th century. A mass dial is set into the wall near the rebuilt 11th-century door.

The east (oldest) part of the church is built of local sandstone and gritstone mixed with reused Roman stonework. The pulpit is a restored Jacobean piece, and two hatchments to the Haigh family are in the tower.

A royal coat of arms to George II is set on the north wall, but the most interesting interior feature is a 12th-century font with a square bowl, set on four rounded corner shafts and a central pillar. The bowl is decorated with interlaced arcading.

The chancel arch is a very rustic 11th-century design, very wide for its early date, and there are monuments to the Cholmeley family in the chancel. Another interesting historic feature is the chamber organ on the south side of the nave, which was built sometime between 1790 and 1820 and originally stood in Long Stratton, Norfolk. 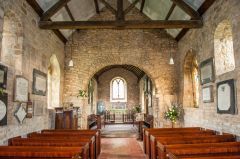 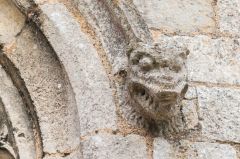