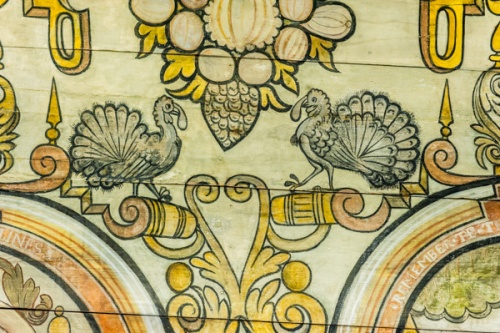 The painted ceiling of Grandtully Church

St Mary's Church in the Perthshire village of Grandtully is a whitewashed 16th-century stone church standing in a lovely location south of the River Tay. St Mary's is a long, low building, boasting a painted ceiling dating from 1630. The ceiling depicts a variety of heraldic symbols and other decorative elements.

The ceiling design is based on a large central panel surrounded by 28 smaller panels of different sizes and shapes, each boasting a unique painted design. The mix of subjects is fabulous; there are Biblical figures, fruit, birds, animals, winged figures, coats of arms, family monograms, and heraldic symbols.

The chapel was built to serve the hamlet of Pitcairn, which grew up beneath the walls of nearby Grandtully Castle. The chapel dates to about 1533 and was probably the work of Alexander Stewart, who held the castle at that time. Stewart provided funds for a priest to serve the parish.

The church was renovated in 1636 by Sir William Stewart, who held the important post of Sheriff-Principal of Perth under Charles I. In 1833 St Mary's briefly served as the parish church, a role it held for only 9 years before it was replaced by a new church. The building fell out of use and for some years was used as a cattle byre and storage building. 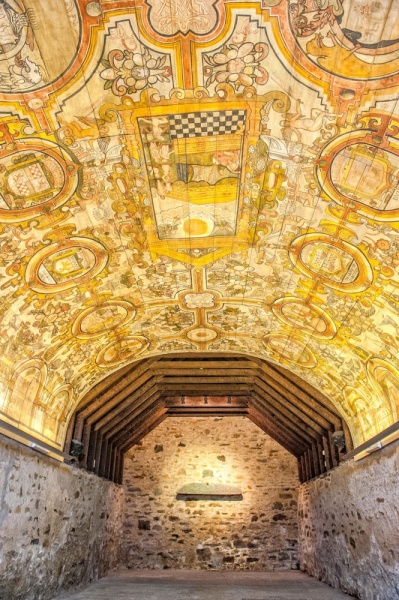 St Mary's is a simple rectangular structure with doors and windows all on the south wall, save for a single east window added when the church was enlarged in 1636. When the building ceased acting as a church these openings were blocked and a new door cut in the north wall.

I cannot recommend this delicious church highly enough. I dare you to walk through the door into the church interior and not gasp in astonishment. The painted ceiling is absolutely stunning. Thankfully, Historic Scotland has provided a light system on a timer switch to illuminate the ceiling, so you can revel in the paintings even on a dull day.

St Mary's is not the easiest church to find; I thought the signposting could have been better, but it is worth every bit of effort to make your way here. The church is about 2 miles west of Grandtully village itself. Look for signs to St Mary's Church, leading up a lane on the south side of the A827.

The lane gets quite narrow, but persevere and you will come to a small parking area on the right with a signposted footpath leading behind a farmhouse to the church. The footpath is no more than 100 yards and you will see the churchyard straight on your left. The graveyard behind the church is closed to visitors. 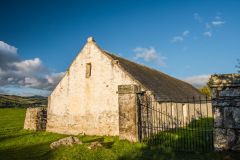 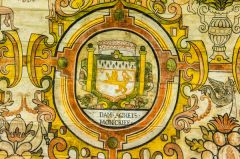 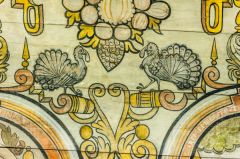 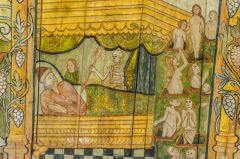 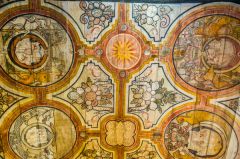 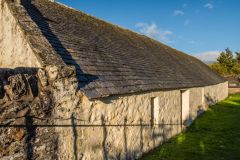 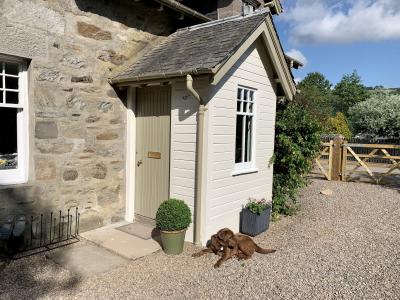 This semi-detached cottage lies in Grandtully, Perthshire and can sleep six people in three bedrooms.
Sleeps 6