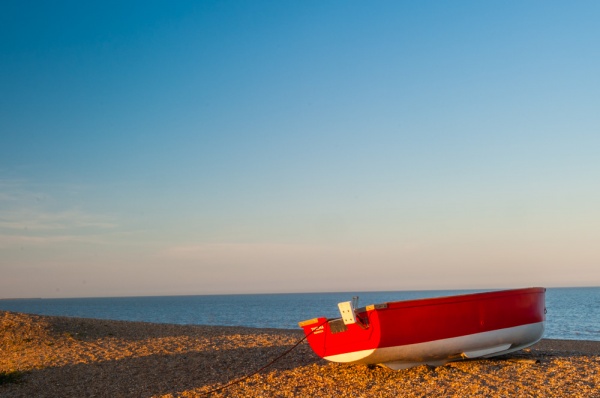 A boat on the beach at Dunwich

The little Suffolk village of Dunwich (technically a town, but let's not quibble) has seen its fair share of history over the centuries. From one of the most prosperous ports in East Anglia during the medieval period, it has become a quiet backwater, a place where people come to walk their dogs along the beach and watch the waves roll in.

How does a thriving town with a half dozen churches and several monasteries become a secluded village? The answer lies in those waves.

At the time of the Domesday Book, Dunwich had a population of 3000, with seven churches and two chapels. In 1199 it became a Borough, governed by a council, with elected officers, two bailiffs, and other assorted civic officials. By the late 13th century it was a more important port than Ipswich, but this prosperity was about to change.

For throughout this period of prosperity the sea was constantly at work, gradually eroding the cliffs around Dunwich. Seawalls were built and rebuilt, and the sea was kept at bay for a time. But not for long; in 1328 a cataclysmic storm shifted a spit of land and blocked the harbour mouth.

Nature had intervened, and there was nothing the townsfolk of Dunwich could do. The ships that once landed in Dunwich found other harbours, notably Walberswick.

The sea did not stop there; throughout the ensuing centuries the shore was eroded at an alarming rate, and large sections of Dunwich town disappeared beneath the water. At least three parish churches were lost to the sea during the 14th century alone. The effect of the tide was disastrous, and Dunwich became a virtual ghost town. 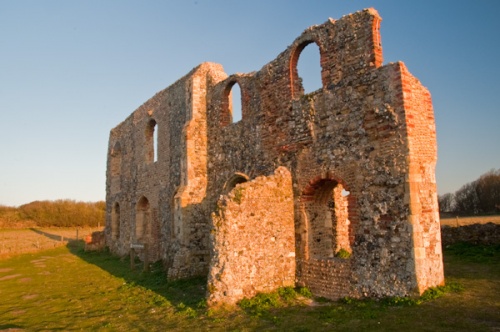 The remains of Greyfriars Priory

But a ghost town with an odd quirk; according to a grant of 1295, the borough was entitled to send two Members of Parliament to Westminster, elected by a vote of the freemen of the Borough. The right to be called a freeman of Dunwich was passed from generation to generation, but by the 19th century the only freemen were scattered across the country.

Yet each election, these freemen would travel to Dunwich, get into a boat, and row out to the point where the town hall used to be, and cast their votes.

At a time when the entire resident population of Dunwich numbered a grand total of eight citizens, the borough still returned its quota of two MPs to Parliament, and still elected magistrates and other civic officials. Dunwich was one of the worst examples of a 'Rotten Borough', a system of representation that was finally eradicated by the Reform Bill of 1832.

Dunwich today has recovered slightly from the dark days of the 19th century; people come here to enjoy the idyllic location, and pleasure boats are pulled up on the long beach. There is a Victorian parish church, and in the churchyard stand the ruins of a medieval leper's chapel, once attached to a hospital.

On the hill overlooking the village are the ruins of Greyfriars priory, the last vestige of the medieval monasteries that once thrived here. There is a lovely little museum near the beach that tells the story of Dunwich, and just a short distance away is Dunwich Heath nature reserve.

Come here on a summer evening, when the crowd has thinned, enjoy the sea air, and marvel at how this quiet place has changed so much over the centuries. 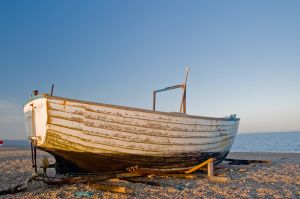 More self catering near Dunwich >>

More bed and breakfasts near Dunwich >>