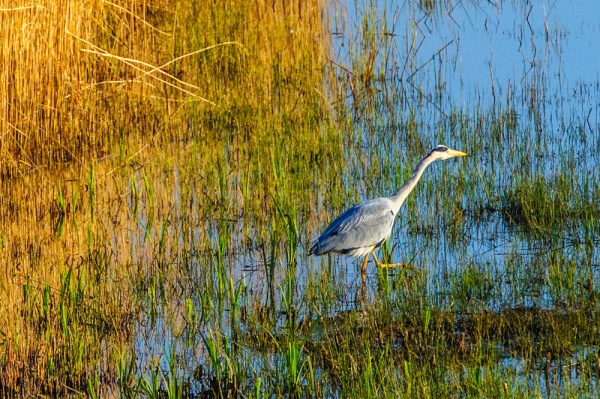 A heron at RSPB Minsmere

RSPB Minsmere is one of the most popular coastal nature reserves in England, a great place for birdwatching and spotting wildlife. The reserve is home to a huge variety of bird species. In spring you will see avocets, bittern, great spotted woodpecker, and marsh harrier, while in summer the star species include the nightjar, bittern, ruff, and bearded tit.

Birds are only a part of the story at Minsmere. The largest herd of red deer in Britain wander the woodland, and in October the red deer rut takes centre stage on the open heath. Otters appear in winter on Island Mere, while in summer heather turns the heath a brilliant purple colour and butterflies hover in the air. Over 1000 species of moths and butterflies make their home at Minsmere, including Red Admiral, Queen Of Spain Fritillary, and Camberwell Beauty. 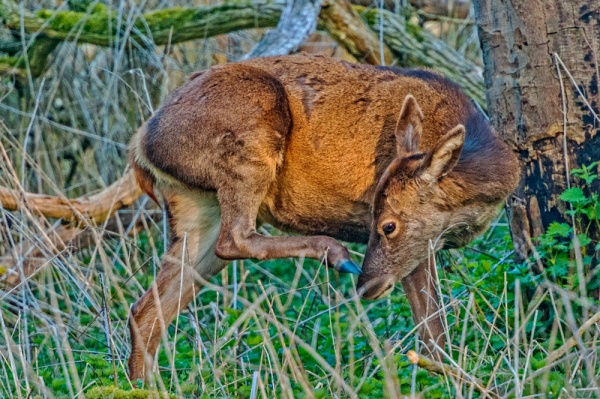 A red deer in the Minsmere woodland

There are nature trails throughout the reserve, including the Coast Trail, a 2-mile circuit that passes through shingle beach, scrub, and reedbed, passing a series of shallow pools known collectively as The Scrape. The Island Mere Trail is a shorter circuit, 1.5 miles long, past the reedbed and through woodland. The third major trail is the 1-mile circuit known as the Woodland Trail, which, as the name suggests, leads through woodland to the Whin Hill Watchpoint.

History abounds at Minsmere, and as you explore the reserve you catch glimpses of its fascinating past. 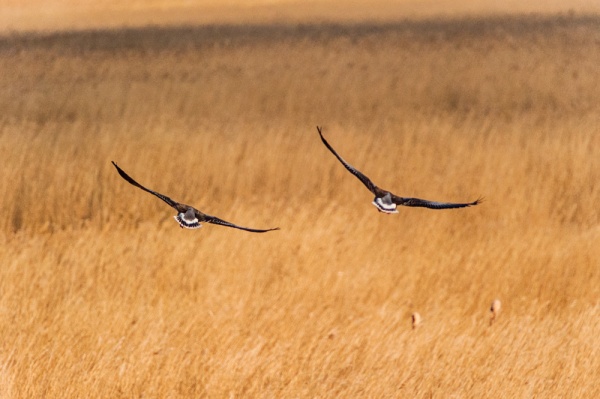 Birds flying low over the reedbeds

On a low hill over the mere stands the remains of Leiston Chapel, the only reminder of Old Leiston Abbey, founded in 1182 by Ranulf de Glanville, Henry VII's Lord Chief Justice. In 1363 the abbey was moved further inland to Leiston after the low-lying site proved unsuitable, but the chapel continued in use until the Dissolution of the Monasteries in 1537. Archaeological investigation at the chapel site has revealed the 12th-century abbey cloisters and monastic buildings.

During WWII a pillbox was built inside the chapel to prevent it from detected by aerial reconnaissance. Both chapel and pillbox are now listed historic monuments.

The area behind the coastal dunes was drained for agriculture in the 19th century. In the buildup to WWII, the fields were re-flooded to create a defensive barrier in case of coastal invasion. Concrete and barbed wire defences were built along the coast, and rows of the cubical concrete barriers can be found on top of the dunes.

In 1947 avocets first bred at Minsmere, the first time in a century that avocets had bred in the UK. The birds were drawn by the marsh habitat created by re-flooding for coastal defences in WWII.

It can be a bit disconcerting looking across the brilliant yellow reeds of Minsmere Level to see the dome of Sizewell Power Station lurking in the distance. But modern civilisation does not intrude too much on the peace and quiet of the reserve, and no matter where you wander along the mere trails you find quiet corners.

I was wandering around one such corner on the northern edge of the mere when I came across a swan's nest directly beside the pat. I didn't want to intrude so I crept back the way I had come, but the memory of seeing a mother swan on her nest is just one of those magic moments that Minsmere brings.

The visitor centre is free to enter but there is a charge for accessing the bird hides and countryside walks (free to RSPB members). Volunteer guides are often available to help visitors new to birdwatching and there are guided walks throughout the year. 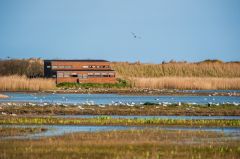 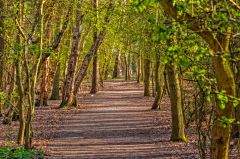 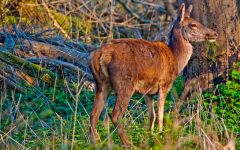 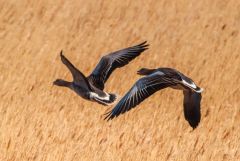 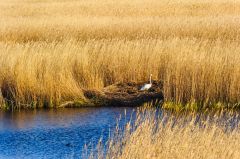 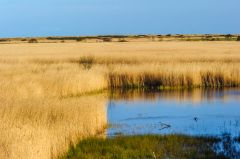 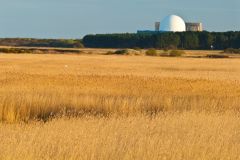 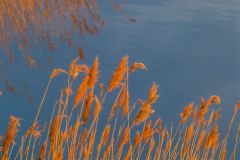 More self catering near RSPB Minsmere

Self Catering near Westleton