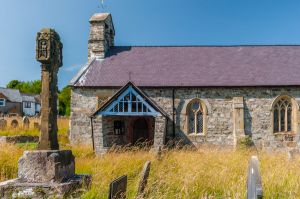 St Mary's Church in Derwen is a lovely little country church, looked after by the Friends of Friendless Churches, who stepped forward in 2001 after St Mary's was declared redundant. This Grade-I listed building is set on a steep-sided hill, looking out over the valley of the Clwyd.

The main features of interest at Derwen are the wonderfully carved churchyard 15th-century cross, now officially in the care of Cadw, and the medieval rood screen.

The screen dates to the 15th or early 16th century and still retains its rood loft. This is one of only a dozen or so such rood lofts surviving in Wales, as the rest fell afoul of zealous destruction during the Reformation. The screen is beautifully carved with intricate detail, decorated with images of greenery and intriguing faces.

The churchyard cross acted as a gathering place for people to hear sermons by travelling preachers. It is one of the finest such crosses in Wales, and though it is beginning to show the effects of centuries exposed to weather, the carvings are still wonderfully clear and beautifully crafted.

There is also a late medieval roof to admire, and an interesting painted 18th-century wall monument to Catherine Williams, who died in 1744 at the ripe old age of 94. The font is Georgian - in itself a rarity, and there are some attractive Victorian stained glass windows. The bellcote is dated 1688.

Reaching Derwen is not all that easy! The village is best accessed up a very narrow, very steep single lane road of the A494 between Gwyddelwern and Ruthin. 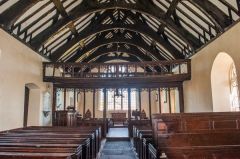 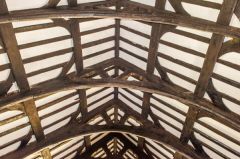 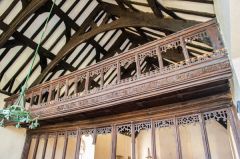 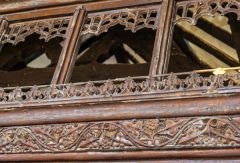 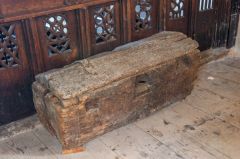 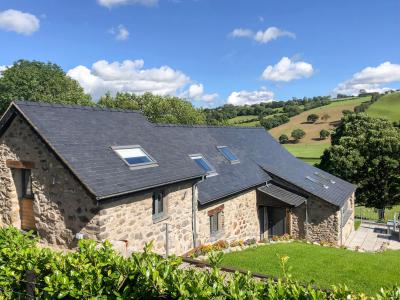 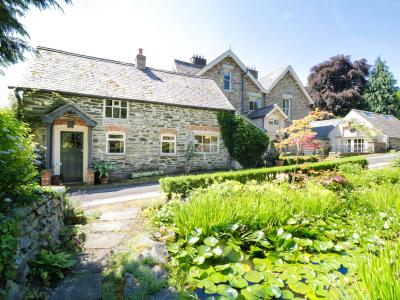 This cottage is situated in the village of Derwen near Ruthin, and can sleep two people in one bedroom.
Sleeps 2