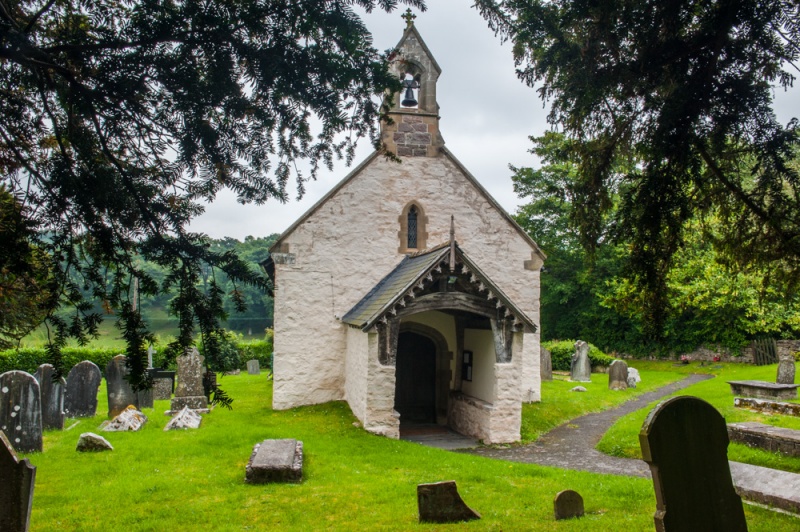 St Michael and All Angels, Efenechtyd

Set in an idyllic, remote Denbighshire valley is the hamlet of Efenechtyd. The hamlet is no more than a cluster of old houses and the small church of St Michael and All Angels.

St Michael's stands in a walled, circular churchyard, full of old yew trees, and almost certainly dates to the Celtic period. The church was probably founded by monks from the community established by St Saeran at Llanynys. The linguistic origins of the name Efenechtyd are uncertain, but it may possibly come from the old Welsh for 'place of the monks'.

Though its origins lie deep in the past, the present church dates to the 13th century. It is a small, whitewashed rectangular building, measuring only 20 feet in width, making it one of the smaller churches in north Wales. 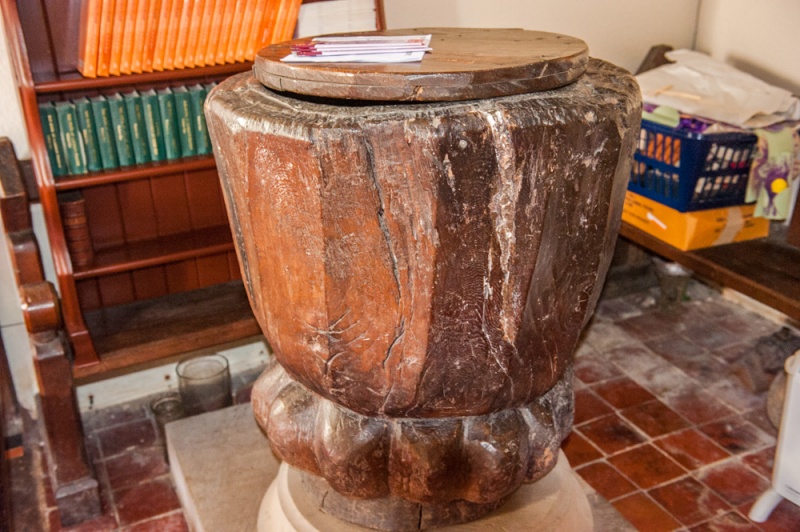 The church is entered through a worn wooden door on which hangs a curious knocker in the shape of a spur.

Inside the simple interior is a historic treasure; a large 15th-century wooden font. Though not completely unique, wooden fonts are extremely rare, for wood does not normally stand the test of time, especially when used as a water basin. The font has been carved from a single block of oak, in a tub shape meant to copy fashionable stone fonts of the time. The sides are shaped to 14 facets, above a ring of beading. The font is truly a remarkable late medieval survivor.

The altar rail dates from roughly the same period as the wooden font, and probably formed part of a medieval rood screen. Near the door is an ancient holy water stoup on a stone pedestal.

Historic highlights inside the church include a fragment of Ten Commandment text in Welsh. The text dates to the Elizabethan or perhaps the Jacobean period, when it was very unusual to find the Welsh language used in wall paintings. Another treasure is a 1664 prayer book in the Welsh language, illustrated with beautiful engravings.

There is a very finely painted wooden monument to Catherine Lloyd, who died in 1810, and a wall monument to Joseph Conway. The Conway memorial boasts the family coat of arms; a blackamoor's head, and you can see similar heads on the gateposts of the former family home just outside the churchyard.

Tucked under a bench near the font is a peculiar rounded stone, called the Maen Camp. The stone formed part of the annual village fair on St Michael's Day (29 September), when a contestant would try to throw the stone backwards over their heads. Think of it as a folk version of the strong man competitions that have become popular over the last few decades.

The church is usually open daylight hours and is well worth seeking out. The location is simply stunning, and the sense of history is almost palpable. 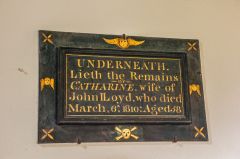 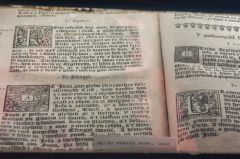 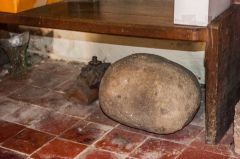 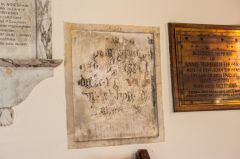 Accommodation
Self Catering in Clwyd


More self catering in Clwyd