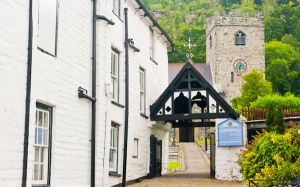 Corwen
Corwen is often called the 'Crossroads of North Wales', a testament to its history as a major stopping place on the old drove roads used by cattle drivers, and on the main stagecoach route between Holyhead and London. The town is set in a lovely location between the Berwyn hills and the River Dee.

The name 'Corwen' loosely translates as 'White Choir' or 'White Church'. The town was first settled as early as the 6th century when a religious community was established here by the British-Welsh saints Sulien and Mael, to whom the current parish church is dedicated.

There are several outstanding historic sites in the area; to the south is Llangar Old Church, a beautiful ancient church in an attractive rural setting, and a bit further on is the stone circle of Moel Ty Uchaf.

To the north, across the Dee, is the huge hill fort of Caer Drewyn, built around 800 BCE. Caer Derwyn was used by the 12th-century Welsh hero, Owain Gwynedd, and two centuries later it was at Caer Drewyn that Owain Glyndwr is said to have assembled his army to launch his rebellion against the English crown.

Glyndwr himself lived just east of Corwen, and he is remembered with a striking equestrian statue in the town square, across from the hotel that bears his name.

More self catering near Corwen >>

More bed and breakfasts near Corwen >> 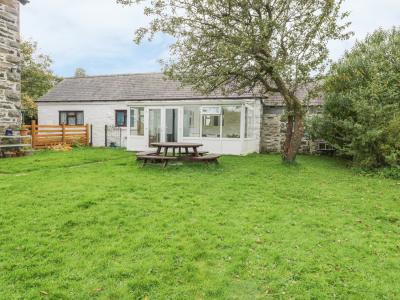 A traditional bungalow near Corwen in North Wales that can sleep four people in two bedrooms.
Sleeps 4

This stunning detached house is based in Corwen, Denbighshire and can sleep eleven people in six bedrooms.
Sleeps 11