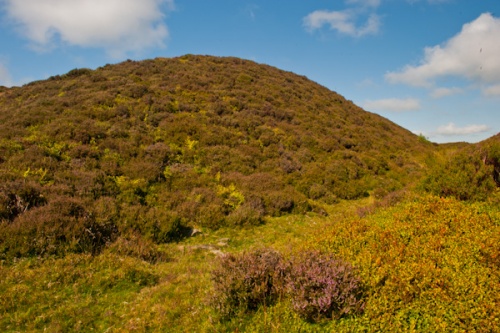 Moel Arthur hillfort is one of several similar forts built on summits of the Clwydian Range. It was built about 500 BCE and is composed of earthen banks and ditches enclosing the summit of a small hill. A Bronze Age burial mound stands near the summit, and there is evidence of ancient quarrying.

Near the summit are several rather intriguing depressions in the ground. Since there are no interpretive boards on the site to explain the history of Moel Arthur, it was hard to know what to make of these depressions, but they were definitely not natural features. Perhaps they were left during a brief, speculative 'gold rush' that swept the area during the 19th century.

From Moel Arthur, you have great views north towards Penycloddiau hillfort, one of the largest in North Wales.

To reach Moel Arthur you have several options, but the easiest is to drive to the parking area off the minor road between Nannerch and Llandrynog. From there, cross the road and follow the Offa's Dyke Way signposts to the base of the hill. A path to the summit is marked by a stone waymarker.

Apart from that, there are no interpretive signs to speak of, so you are rather left to your own imagination to envision what the site might have been like.

That isn't meant to put you off visiting - anything but! Moel Arthus is superbly located; the views are incredible, and though the climb to the fort is steep, it is short, and the reward is well worth the effort! 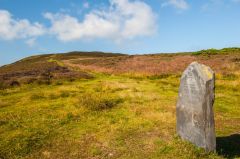 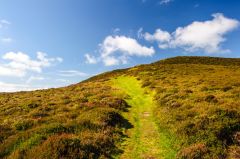 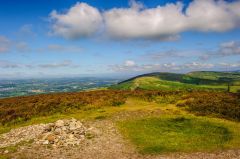 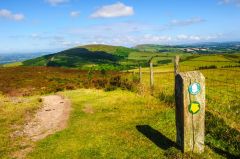 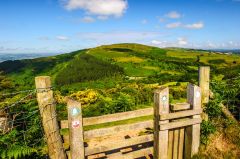