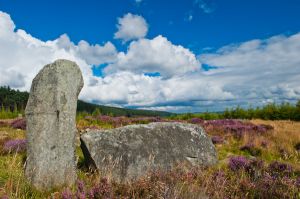 Whitehill is a good example of a recumbent stone circle. That doesn't mean the stones are all fallen down; it refers to a large stone laid on its side at the southern side of the circle. The recumbent stone is flanked on either side by a large upright flanking stone. In the case of Whitehill, one of the flanking stones has fallen, as have several of the other stones arranged around a raised bank.

The bank surrounds a burial cairn, which is very well preserved. This was almost certainly used for cremation burials. The site was most likely erected in the late Neolithic or early Bronze Age, about 1000 BCE.

The site is somewhat overgrown, though it had recently been cleared when I visited.

Whitehill is located on an exposed hillside in the middle of the Pitfichie forestry plantation, off the B993 just west of Monymusk.

To reach the stone circle you have to park at the entrance to the plantation and take the signposted walk uphill, a distance of about one mile. The going is very easy and should take no more than 20 minutes each way. 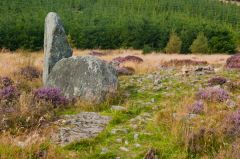 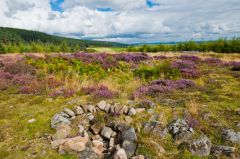