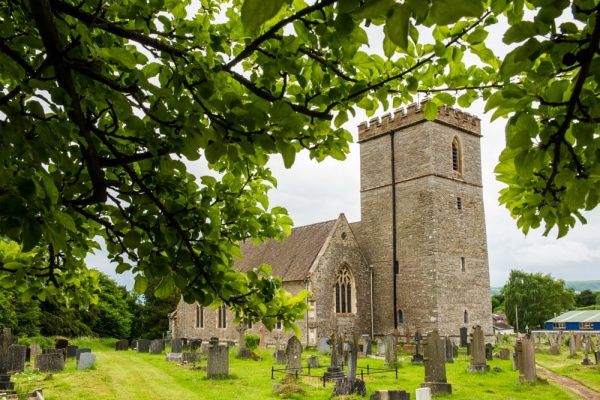 St Michael's church in Clyro dates to the 12th century but was comprehensively rebuilt in 1853. It is most famous for its connection to Rev. Francis Kilvert, curate in 1865, who wrote a popular diary of his life and times as a country parson.

The first known church here dates to the 12th century. Almost nothing of that early medieval building remains, for in 1853 it was completely rebuilt, and a side aisle added. The architect was Thomas Nicholson of Hereford, who used the Decorated Gothic style.

The top of the tower was altered in 1889 when a clock was inserted, but the base of the tower is medieval. Some medieval stones may have been reused to build the chancel.

In the chancel is a medieval piscina rescued from the earlier church. There is a ring of five bells in the tower, cast in 1708. The tower clock was the gift of WT Baskerville of Clyro Court in 1894. On the wall is a funeral hatchment of a Baskerville family member, decorated with the family motto 'Spero ut Fidelis'. 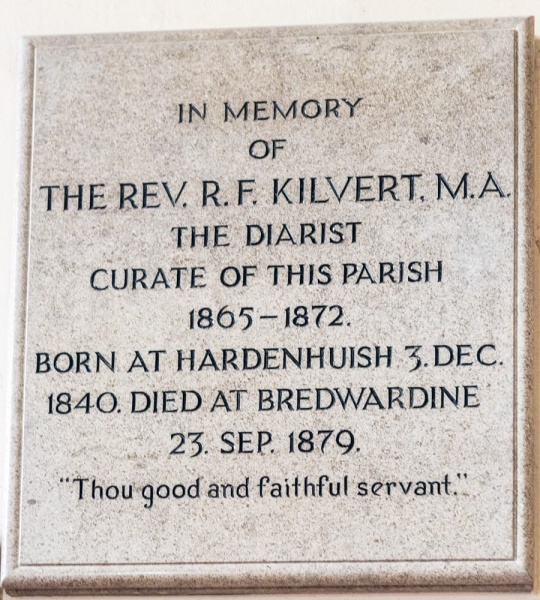 On the aisle wall is a commemorative plaque to Francis Kilvert (1840-1879), along with an old photograph of the author. Kilvert served as curate of St Michael's from 1865-1872, and his time at Clyro was captured poignantly in his diary.

Kilvert was the son of a rector and was educated at Wadham College, Oxford, before being ordained. He kept a meticulous diary, bringing alive the life of the rural areas he served, observing with a loving eye the landscape, the people, and his daily life as curate to the vicar, Rev. Richard Venables.

The edited diaries were published after his death and proved enormously popular. A Kilvert Society was established to foster interest in the author's life, and to promote the area he loved along the Welsh/Herefordshire borders. The Kilvert diaries have become a biographical classic, and provide an unequalled glimpse of what life was like for a rural cleric in the mid-Victorian period.

A Kilvert Trail has been created, linking the churches where Kilvert served during his all too brief life before his premature death due to peritonitis, just 10 short days after his marriage in 1879.

The church is usually open to visitors and was open when we visited. It was easy to find a parking place outside the church on Village street. 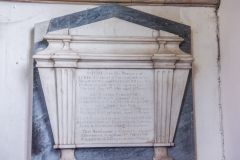 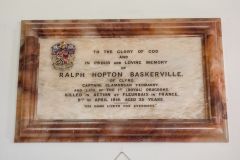 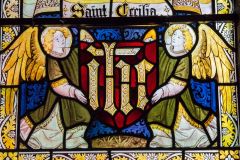 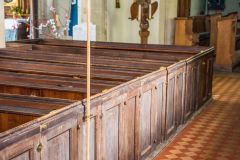 The Agent's House Bed And Breakfast - 4.2 miles
Hereford, Herefordshire
From: £70.00