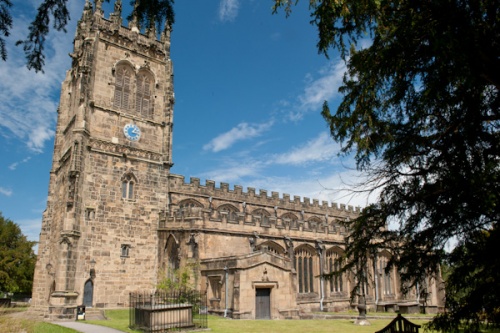 All Saints church in Gresford is one of the finest historic buildings in Wales, let alone of the finest churches. All Saints is famed for its ring of seven bells, remembered as one of the 'Seven Wonders of Wales'. The church is largely in Perpendicular Gothic style, with a striking west tower and wide, light-filled aisles and nave.

There was a church here at the time of the Domesday Book, but the current building dates to the 13th century, with major additions in the 14th and especially in the 15th century.

As you enter the south porch look up at the embattled roof liner and you will see a string course of carved heads, animals, and flowers. The first thing you notice on entering is the wonderful painted and carved camber-beam roof, decorated with panels depicting floral designs and Biblical scenes. The major rafters terminate in figures of angels bearing shields.

A beautifully carved late medieval screen separates the nave from the chancel. Further screens enclose the parclose and chapel, but these are less ornate than the chancel screen. The chancel is a symphony of carved figures, with 14 wonderfully carved stalls decorated with carved misericords, poppyhead figures, and panelled bench ends.

The east window above the high altar was a gift of Thomas Stanley, Earl of Derby and father of Henry VII. The window still retains some late medieval glass. But this is outshone by the stained glass in the Lady Chapel, with excellent 15th-century glass panels. To one side of the window is a canopied niche for a statue, supported by a carved figure of a Green Man.

At the end of the south aisle is the Trevor Chapel, where there are wonderful memorials to members of the Trevors of Trevalyn Hall. The largest memorial is that of John Trevor (d. 1589), shown partly hidden behind a three-arched colonnade, leaning upon one elbow. To one side is a memorial to his son and daughter-in-law, shown kneeling beneath niches. 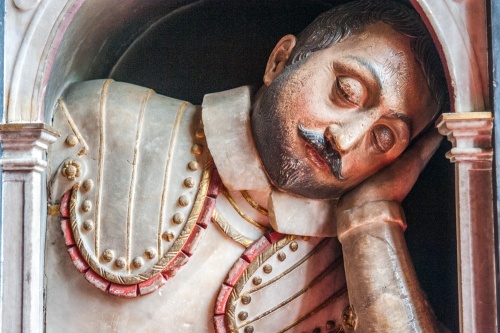 In the south aisle is a wonderful effigy of a knight set into an arched recess. This is thought to be Madog ap Llewelyn ap Gruffudd (Griffith), who died in 1331. Beside this is a curious stone found during excavations. This stone, looking like a truncated post, is probably a Romano-British altar, carved with the figure of Atropos, the mythical figure who cuts the thread of life with her shears.

Other stone fragments on display include a late 14th-century figure of Sir David Hanmer, the father-in-law of Owain Glyndwr, and a 14th-century slab commemorating Goronwy ap Iorwerth.

There are further 17th century memorials, a beautifully carved Perpendicular octagonal font, and 17th-century funeral boards. Near the north door is a sobering memorial to 15 local men who died in a colliery disaster in 1934. In the churchyard is a huge old yew, thought to be as much as 1600 years old.

Gresford All Saints is a marvellous historic building, well worth an extended visit. It deserves its place among the finest historic buildings in Wales and is certainly one of the best medieval churches. 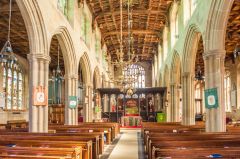 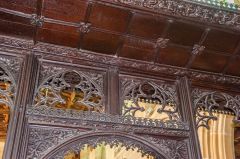 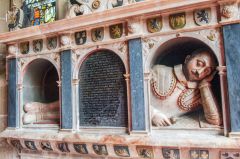 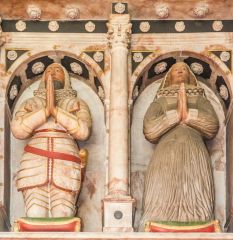 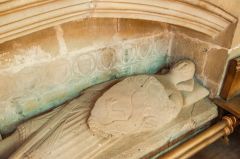 More self catering near Gresford, All Saints Church >>

More bed and breakfasts near Gresford, All Saints Church >>