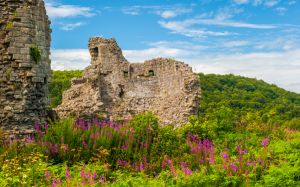 Caergwrle was begun by Dafydd ap Grufudd in 1277 and was destroyed a mere 7 years later. The castle was ruined in the subsequent conflict with Edward I, but later rebuilt by Edward. A fire damaged the castle and it was never repaired. Sections of the curtain wall remain, with a round keep and corner towers, all in a poor state.
History
The first fortification at Caergwrle predated the medieval castle by at least 1000 years, however; a Roman fort was established here, possibly as an outpost of Deva (Chester). In 1277 Edward I granted Dafydd ap Gruffudd the cantref of Rhufoniog and Dyffryn Clwyd as part of the terms of the Treaty of Aberconwy. In addition to rewarding Dafydd for his role in Edward's conflict with his brother, Llewelyn, Edward gave 100 marks towards new castles at Caergwrle and Denbigh.

Caergwrle was the last native Welsh castle to be built, though it was never completed because the fickle Dafydd switched sides in 1282. He may have thought that his fortress at Caergwrle would help him fend off English repercussions, so he attacked Hawarden, Flint, and Rhuddlan castles. He failed miserably, and was forced to destroy Caergwrle himself to avoid it falling into English hands.

Edward I rebuilt the castle in 1283 and gave it to his queen, Eleanor of Castile. The following year the king and queen were staying at Caergwrle when a fire burned it to the ground. It was never repaired, and the stone was used by local inhabitants for building projects. 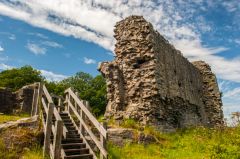 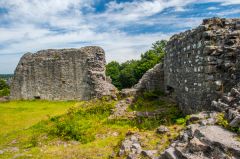 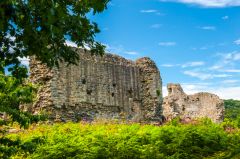 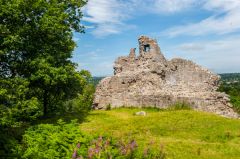 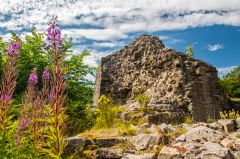 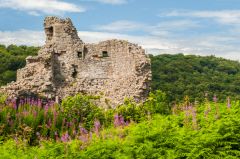 More self catering near Caergwrle Castle >> This detached house rests in Caergwrle, Wales and can sleep ten people in five bedrooms.
Sleeps 10