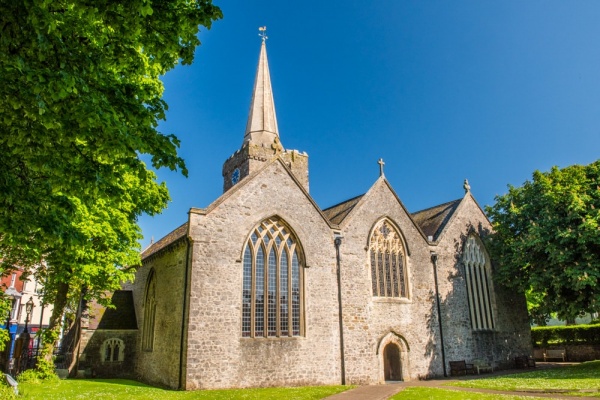 St Mary's is one of the largest parish churches in Wales, and boasts a 152-ft spire. Begun in the 13th century, and enlarged in the 15th century, the church has a wagon roof in the chancel, decorated with carved bosses. The church is full of memorials from the 15th-19th centuries.

There was a Norman church on this site, but the earliest part of the current building dates to the 13th century. The chancel is from that period, as is the tower base.

The real highlight inside St Mary's is the beautifully carved chancel roof, with a panelled ceiling decorated with 75 carved bosses. Among the figures depicted are a mermaid, fish, grotesque beasts, and many different foliage and floral designs.

There are two medieval chapels; the St Thomas Chapel is mid-15th century and the St Nicholas Chapel was built around 1485. In St Nicholas' Chapel is the tomb of Margaret Mercer, wife of Thomas ap Rees of Scotsborough. Margaret died in childbirth in 1610 at the age of 30, having already borne ten children. The seven children who survived her are shown beneath her effigy, while above her is an effigy of her husband in a kneeling pose. The memorial is beautifully restored and repainted to emulate its original richly decorated appearance. 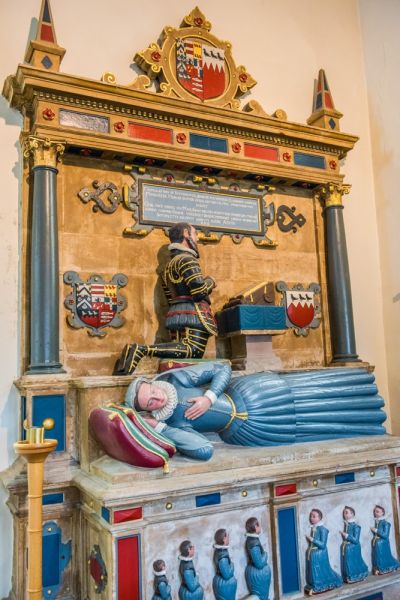 On the south side of the chancel is St Thomas' Chapel, where you will find the effigy of William Risam, dressed in his mayoral robes of office. The effigy's face is badly damaged, said to be the result of a musket shot fired by a Cromwellian trooper who thought it was a man praying.

Also in St Thomas Chapel is the Elizabethan mural tablet to Richard Recorde (1512–1558), who was the first to use an equals sign (=) in mathematical equations in his 1557 work 'The Whetstone of Witte'. Recorde was also the royal physician to both Edward VI and Mary I, and served as Controller of the Royal Mint. Sadly, Recorde was imprisoned for debt, and died in the King's Bench Prison in Southwark at the age of just 46.

Other memorials in the chapel include the table tomb of Rodolphus Mercer (d. 1613) and a head in relief commemorating Isabella Verney (d. 1463).

Other highlights include a 15th century font, and there is a second font, dating to the 19th century. 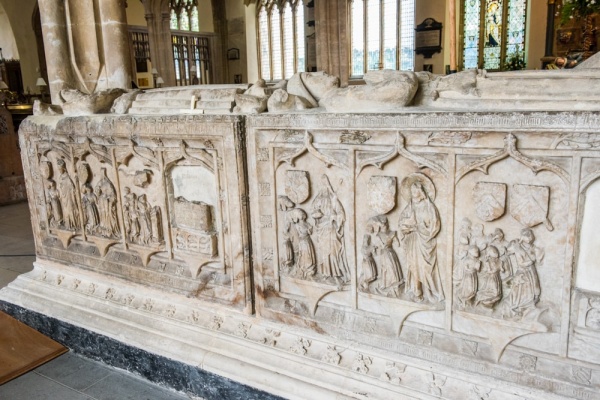 Of the numerous memorials to local worthies, 2 stand out, to Thomas and John White. Both served as mayors of Tenby in the 15th century. Thomas White made his reputation by helping Henry Tudor hide from agents of Edward IV in 1471.

The tale goes that Tudor, then aged 14, and his uncle Jasper, Earl of Pembroke, took refuge with White following the Battle of Tewkesbury. White hid the pair in the cellars of his house on High Street (now used by Boots). The Tudors escaped by boat from Tenby harbour to Brittany. Henry Tudor later defeated Richard III at Bosworth to become the first Tudor monarch.

The White tombs are similar in style; the effigy faces are carved from alabaster, and both men are shown kneeling with figures of their sons while their daughters are shown with their wives. Look for the small coffins representing children who died in infancy. Each of the Whites has a peacock at his head and the symbol of a hart at his feet.

In the corner is a curfew bell that originally hung in the spire. There is also an ashlar table tomb to Bishop Robert Tully of St David's (d 1482).

The pulpit dates to 1637 and the brass lectern was installed in honour of Queen Victoria's Diamond Jubilee in 1897.

On either side of the north door are tomb niches holding medieval effigies. To the east of the door is the effigy of an unknown woman in 14th century dress. To the west of the door is a fascinating effigy of a cleric in the form of a cadaver. This was a common style of medieval effigy meant to be a reminder of man's mortality. The effigy is thought to commemorate John Deny, Archdeacon of St David's, who died in 1499.

Also just east of the door is a memorial to the Sleeman family. Two of the Sleemans helped suppress the Thuggee cult in Bengal. Their dramatic story was popularised in the novels by John Masters.

St Mary's is usually open daily to visitors and is well worth a visit. The church is very close to the harbour and Tudor Merchant's House. 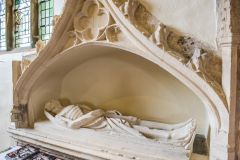 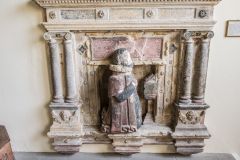 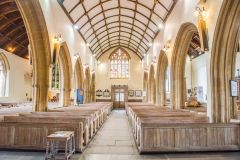 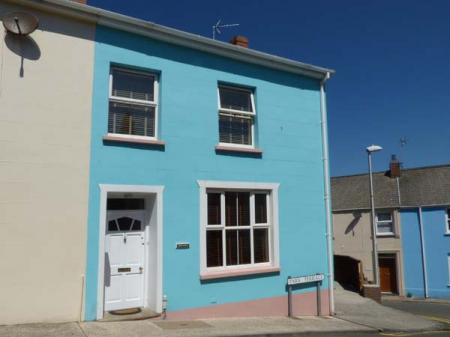 This town house is in the town of Tenby near to Pembroke and can sleep six people in three bedrooms.
Sleeps 8 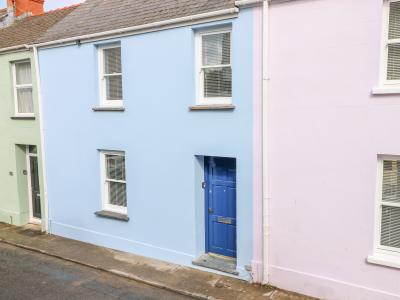 This lovely terraced cottage is based in Tenby, Wales and can sleep six people in three bedrooms.
Sleeps 6