HERITAGE HIGHLIGHTS:   An excellent example of a small yeoman's house 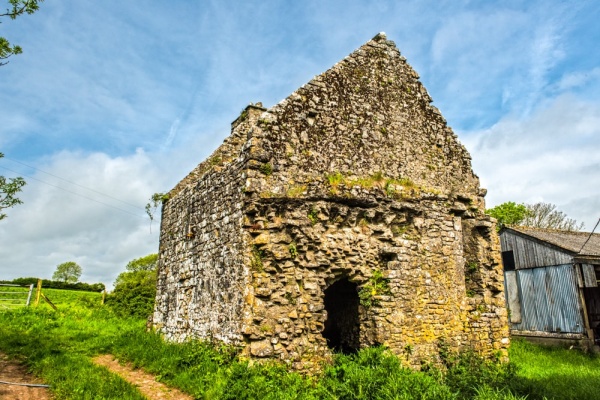 Carswell Medieval House is a ruinous two-storey late medieval house with a barrel-vaulted basement standing amid a cluster of modern farm buildings near St Florence.

We do not know when the first house was built here in Carswell, but the building appears in records from the 14th century, as part of estates owned by the powerful Earls of Pembroke. There are two medieval buildings here but the medieval house is the oldest. The estate was mentioned in 14th century documents and we know that in 1397 it was rented by William Wyte. The house may have been rebuilt around 1500 and some time in the late 16th century it was divided into two separate properties.

In the 16th century the Trustees of the Tenby Charities and the Church of St. Mary’s in Tenby owned the property jointly, but both halves were later purchased by the tenant and farmed as one. By the late 19th century the house was roofless and it passed into state care in 1982.

The house consists of a vaulted undercroft with a large hearth. Part of a later bread oven can be seen on the left of the hearth opening. Beside the hearth is a stone bench. Both these features were probably later additions.

The main vault runs east to west, with a pair of side vaults at right angles, though these seem to have been added later. There is a single doorway in the north wall, with its top cut into the vault.

Above is a single room, probably used as a solar, or private family room, heated by a small fireplace. At the back of the fireplace are projecting stones suggesting hobs. There are three slit windows and a later, wider window in the south wall.

Both gable ends stand to their full height, and at the west end is an exceedingly large and complete chimney.

One extremely odd feature about the Carswell house is that there is a separate entrance to each floor, but no internal connection between the floors. So, if you needed to go from upstairs to downstairs you'd have to go outside, down the steps to ground level, then through the undercroft doorway. Obviously this layout was inconvenient, and it seems there was a later addition to the house with a stair to the upper floor.

Carswell is listed Grade II* as an excellent example of a medieval yeoman's house. The house can be visited at any reasonable time. 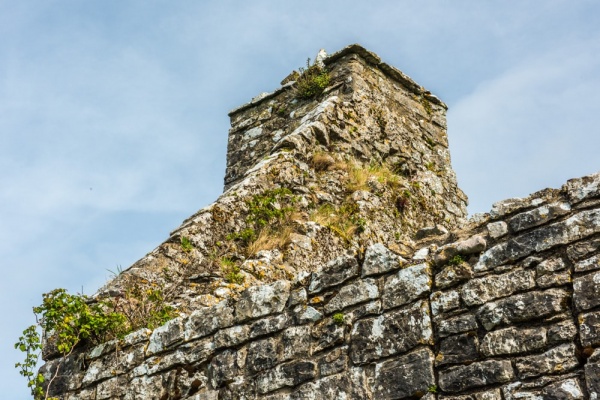 This is where it gets tricky. The Medieval House is not signposted at all from nearby roads. In fact it isn't signposted at the site either. There is absolutely nothing to let you know you've actually arrived at the right spot.

The Medieval House stands beside Carswell Farm, 1 mile east of St Florence. Nearest postcode for satnavs is SA70 8NE but that only gets you to the right general area. This is where a good OS map comes in very handy. From the church in St Florence take Cross Street as it heads south then east towards Penally. The road goes past West Tarr Farm and about 1km east of St Florence turn off towards Carswell Farm. The tarmac surface ends and the road becomes little more than a single-lane farm track.

You need to follow the track to the farmhouse and hope no farm vehicles are coming the other way. Luckily the route to the farm runs along an open field and it is easy to see far ahead down the track. There is no visitor parking area, or indeed any visitor facilities at all.

I was lucky and found a place to pull of the track beside some farm buildings and walked the last hundred yards to the farmhouse. Go past the farmhouse and you will see the roofless ruin of the Medieval House on your left.

When I visited there were high weeds grown up all around the house, which looked in very poor condition. The ground floor room certainly did not look inviting, but I walked around the building and discovered a modern wooden stair had been installed, making it possible to climb to the first floor solar. The stairs looked in poor condition, but there were no signs warning of any danger so I climbed up.

The solar is a fascinating room, though small. The fireplace was in very good condition, with a very finely carved stone mantle. The windows are also very nicely crafted, with very heavy corbelling. The fireplace links to a thick chimney stack extending to ground level where it becomes wider and heavier still. On the south wall you can see where a low window has been filled in with stone.

It will not take long to visit the Medieval House; it is a small building and the absence of any information panels means it can be hard to interpret what you see. It is still an interesting example of a small medieval house and provides a glimpse of what it was like to live in the 14th century; cramped and uncomfortable by today's standards, but probably a very desirable home to a medieval family. 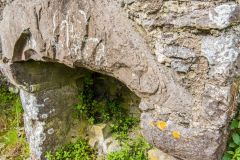 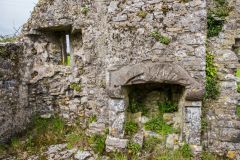 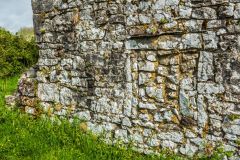 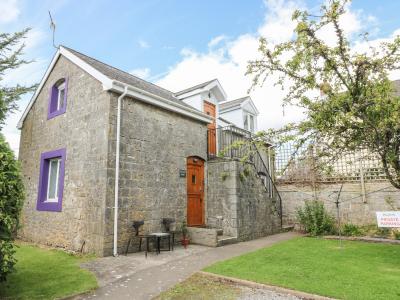 This well-furnished, ground floor apartment is in the village of St Florence near to Tenby in Pembrokeshire and can sleep two people in one bedroom.
Sleeps 2 This well-furnished, first floor apartment is in the village of St Florence near to Tenby in Pembrokeshire and can sleep two people in one bedroom.
Sleeps 2