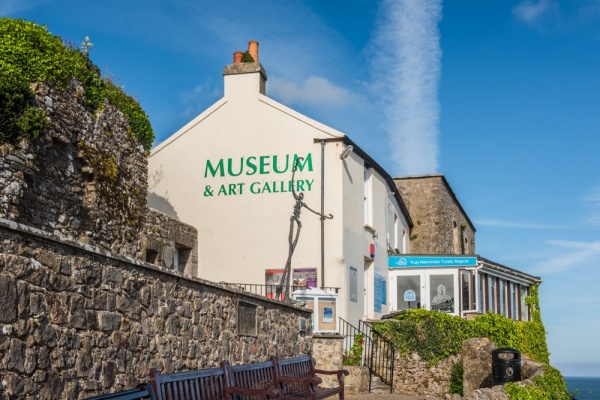 The Tenby Museum and Art Gallery is the oldest independent museum in Wales, established in 1878. The museum occupies part of historic Tenby Castle, just beside the castle gates and looking out over Castle Sands beach and St Catherine's Island.

The castle was begun in the 12th century and suffered a siege by Parliamentary soldiers during the Civil War. In 1832 one of the medieval buildings inside the castle walls was converted for use as a National School. The school closed in 1874 but the building was restored and reopened as the Tenby Museum 4 years later.

The museum tells the story of Tenby, including the castle site where the museum stands.

Exhibits are arranged over three floors. On the ground floor are the shop and main entrance desk and a research area. The main exhibit area on this floor covers Geology and Archaeology of the Tenby region.

Items of particular interest include the Tenby Gun, a nine-foot-long breech-loading Tudor cannon, the only one of its kind in Wales. The gun is very similar to those found on the wreck of the Mary Rose, Henry VIII's flagship. The origins of the cannon are unclear but it clearly spent a long period underwater before it was given to the museum.

One of the most unusual exhibits is the Lydstep Pig, a Mesolithic pig skeleton dated to about 4,300 BC. The skeleton itself is in the Natural History Museum but the display relates the discovery of the pig in 1917 just two miles from Tenby. Other early finds include mammoth teeth, Bronze Age burial urns, a Neolithic skull - still retaining tufts of hair - and replicas of the 6th-century Caldey Ogham Stone and the 10th-century Penally Cross. 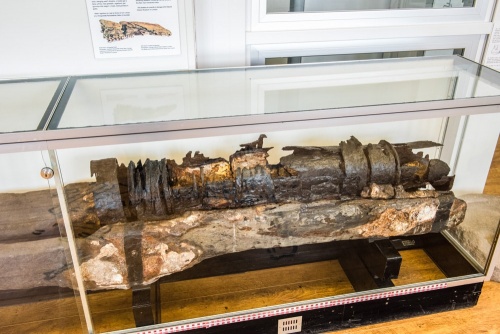 From here steps go up to the Higher Ground Floor where you will find an exhibit on Maritime History and Piracy, with displays on the HMS Tenby and the fishing industry in Tenby's history. See a collection of bosun's calls dating to 1785.

The Piracy exhibit covers the career of John Paul Jones, the most notorious pirate to sail the Pembrokeshire coast. One of Jones' officers was 'Leekie' Porridge, a native of Tenby. Children will enjoy dressing up as a pirate.

There are also two large gallery areas with a combination of permanent and changing exhibits. The permanent gallery is outstanding, with works by artists such as John Piper, David Jones, and Gwilym Prichard. The most interesting part of this gallery covers the careers of Augustus and Gwen Johns. Augustus johns was a native of Tenby, born here in 1878, while Gwen spent her childhood here. The display includes personal items such as Augustus Johns' pipe and Gwen's painting smock, as well as numerous original etchings, lithographs, sketches, and paintings.

The top floor covers more Maritime History and the story of the Tenby Lifeboat, a historical costume collection, and 'The Story of Tenby', tracing the town's history from the 9th century through to its heyday as a Victorian coastal resort town. The final gallery looks at Tenby in WWI, looking at the effect the war had on the town and Tenby's part in the war effort. 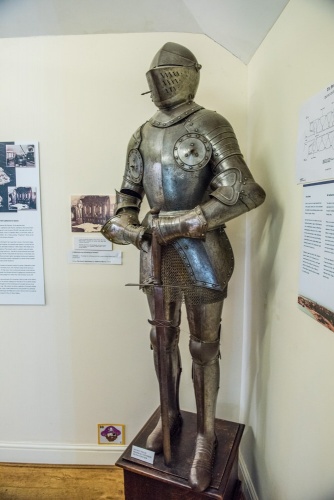 This is perhaps the most interesting area of the museum, with a wonderful timeline of Tenby history and historical objects showing how the town evolved and grew. Highlights include a Victorian pennyfarthing bicycle, robes of office worn by mayors of Tenby, a chair used at the investiture of the Prince of Wales, civic memorabilia, a 19th-century longcase clock, a medieval suit of armour, and a 17th-century map of Pembrokeshire by the famous geographer John Speed.

Look for the original wooden canopy from Tenby's Old Town Hall, carved in 1683. One display looks at the sometimes dubious characters who served as Mayors of Tenby; characters such as ex-Mayor Thomas Athoe, who in 1722 was hanged for murder, and William Richards, a serving Mayor who fought - and survived - one of the last duels in Tenby's history in 1839.

There is a special display on the mathematician Robert Recorde, a native of Tenby who developed the '=' sign, and another on the dramatic tale of Henry Tudor's escape from Tenby at the age of 14. One of the most interesting features of the Tenby Story for me was the exhibition on Tenby as a seaside resort. This part of the town's tell is explained in a fascinating 10-minute video.

There is an entry fee for adults, but save your ticket because it is valid for an entire year, with unlimited visits!

The museum is easily accessed on foot from the harbour area, but it is a steep climb. There is no vehicular access. The closest parking area is at the multi-story car park on Upper Park Road, about 10 minutes walk away. 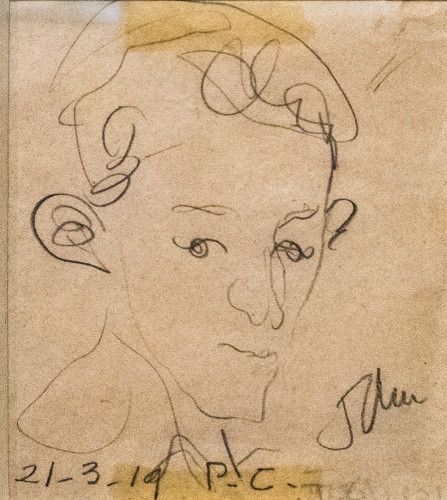 Sketch of TE Lawrence (Lawrence of Arabia) by Augustus John 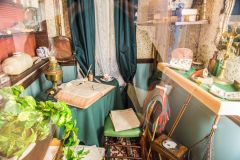 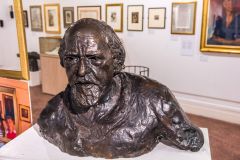 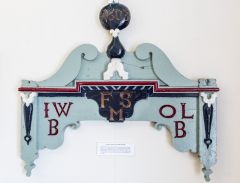 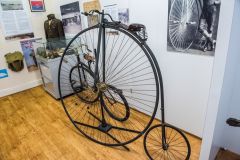 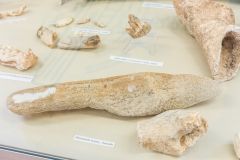