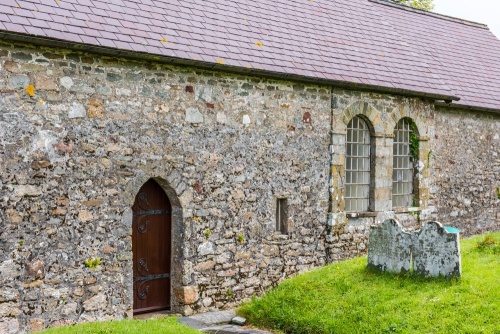 This Grade II listed 12th-century church has no known dedication. Within the church is a 13th-century font and a preaching window by the pulpit.

The church was mentioned in the Book of Llandaff, written in the 12th century but based on older documents, suggesting that there may have been a church here for well over 1000 years. Despite the name, there is no indication that it was ever dedicated to St Cyffig.

The oldest part of the current building is the 13th-century nave, which was rebuilt in the 15th century. At that time the chancel was added as well as a north aisle. The architecture is interesting, as it would appear that the arcade between the nave and new north aisle was made by simply piercing the existing nave wall, resulting in rather rough openings.

The font is 13th century but has been recut at a later date, and there is a holy water stoup by the tower arch, and a squint, or hagioscope, by the pulpit. The east window glass contains a memorial to Captain Howells of the Welch Regiment, who died in 1915 from wounds received in the Gallipoli landings. In the churchyard, by the east end of the church, is a memorial to 5 children of the Pale family who all died under the age of 7. 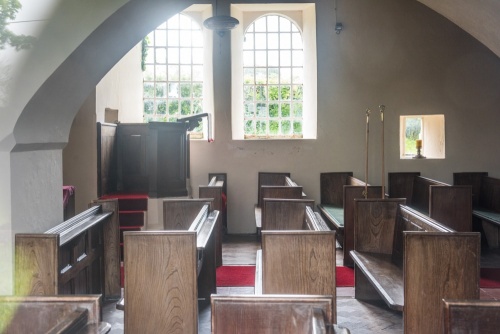 Ciffig church is a bit awkward to reach; in fact the official information on the Church in Wales website says under the Public Transport heading, 'It is a bit out of the way.'

Let's rectify that rather unhelpful information. To reach the church, take the B4328 south from Whitland and after 1 mile turn east on a minor road towards Blaenwaun. The church is near the first crossing, about 1/2 mile from the B4328 turning. There did not seem to be any obvious parking area but we managed to pull into a small layby near the churchyard.

Be aware that the church is normally kept locked. It was locked the last time we visited, but thankfully the windows are at ground level and it is quite easy to get a good look into the church interior. Though it was disappointing not to be able to view the interior we did discover some very good 18th and 19th-century memorials in the churchyard including a rather striking memorial to John Phillips (d. 1882) and a nicely carved gravestone to Ann Hunt (d. 1841).

A little further east along the road is the 18th-century chapel of Bwlchgwynt (now a private home). 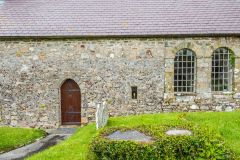 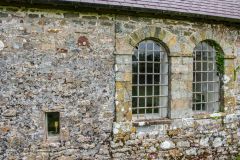 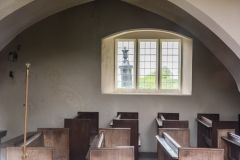 This superb detached house rests in on a working farm in Hendy-Gwyn, Camarthenshire and can sleep twelve people in six bedrooms.
Sleeps 12