HERITAGE HIGHLIGHTS:   The former palace of Pwyll, Prince of Dyfed? 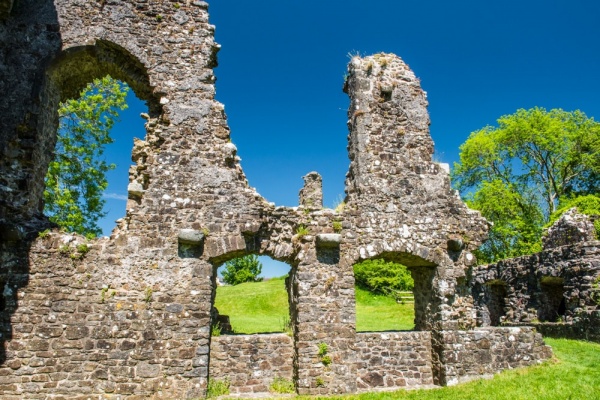 Narberth Castle is a ruined 12th century fortress made famous in the collection of Welsh folk tales known as The Mabinogion. According to legend Castell Arberth, the palace of Pwyll, Prince of Dyfed, stood here. Pwyll's adventures make up one of the four major branches of the Mabinogion.

The first mention of a Norman castle at Narberth comes in 1116. That early fortress was a simple motte and bailey enclosure built of timber. In 1199 it was owned by the Marshal family, Earls of Pembroke, though it seems they did little to strengthen the fortifications. It must have been in poor condition by 1220 when Henry III of England called on free men of the region to help the Earl of Pembroke repair Wiston and Narberth castles.

In the 13th century that timber castle was rebuilt in stone, possibly after a Welsh attack in 1299. This work is often attributed to Andrew Perrot but it now seems more likely that is was the work of William de Braose, Lord of Abergavenny, who took control of Narberth Castle after he married Eva Marshal, heiress of the Earls of Pembroke.

Human remains have been found in the outer bailey, suggesting that this was the graveyard for the early medieval church that was moved to the hillside opposite when the castle was rebuilt in stone. A settlement grew up between the castle and the new church, and over time the settlement became the market town of Narberth. Farm fields stretched out beyond the town and a corn mill was built just beyond the castle. 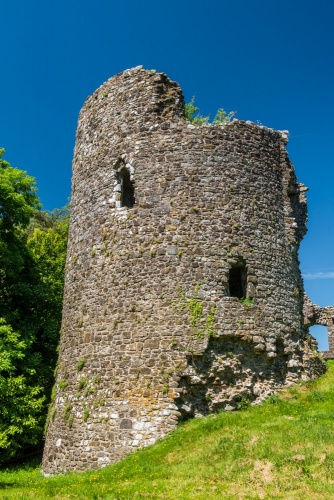 Eva and William's daughter Maud married into the powerful Mortimer family and Narberth Castle formed part of her dowry. When Sir Edmund Mortimer joined Owain Glyndwr's uprising the castle was forfeited to the crown. In 1404 Thomas Carew was rewarded for defending the castle against Glyndwr by being given the lordship.

Henry V forgave Mortimer and returned the castle to him but when Mortimer died without an heir in 1425 the castle reverted to the crown. In 1516 it was granted to Sir Rhys ap Thomas, a Welsh hero credited by some historians as the man who killed Richard III at the Battle of Bosworth in 1485. Thomas spent a large sum of money turning the medieval castle into a comfortable Tudor residence.

The castle reverted to the crown in 1531 and it seems to have been inhabited until 1657. It was slighted by Cromwell after the Civil War so it was of no military value. It then fell into a sad state of decay.

The remains we see today are part of the rebuilding in stone that probably took place in 1246. The keep was begun in that year, and several other towers added in the late 13th century. 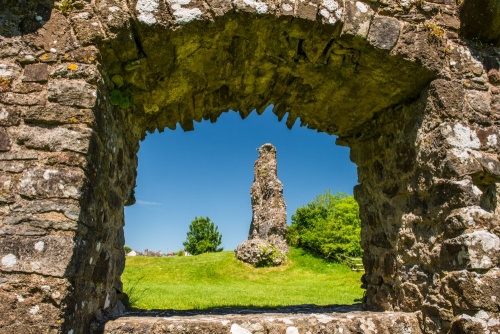 The Keep seen through a Great Hall window

Remains include a rectangular enclosure about 40m by 20m, defended by two drum towers. West of the enclosure is a curtain wall defended by two semi-circular bastions. On the east side are a vaulted cellar, a ruined tower, and a pair of garderobes. None of these features is complete. Perhaps that is why some sources call Narberth Castle 'a crumbling ruin', 'neglected' and 'sad'.

I didn't find it so at all; CADW and the Pembrokeshire County Council have installed several extremely good information panels showing how the castle developed and what it looked like at various points during its history. This really helps bring the site alive and it is enjoyable to pick out details of the various parts of the castle that still stand and imagine what they would have looked like when new.

You can see the site of the great hall, the heart of the castle where the entire household gathered for meals and where they slept. On one side is the Solar, a private chamber for the lords of Narberth and their guests. The Solar stood above a vaulted cellar and pantry. The lodgings were built by Roger Mortimer or his sons in the late 13th century at the same time as the two large flanking towers. 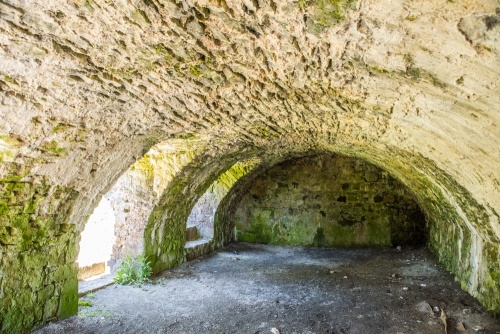 Narberth Castle isn't the easiest place to find despite the fact that the castle stands directly beside the main road through this pretty town. There are no road signs - at least none that I could see, and no easy parking area as I discovered to my cost. The easiest option is to park in the town centre.

Walk down High Street or St James Street (the A478) and turn off onto Castle Terrace. Look for a small gateway on the corner. It looks like a private gate to one of the nearby houses but in fact, it is a footpath to the castle which is largely hidden by trees and high hedges.

Don't mistake the signposted public footpath leading off Castle Terrace for the castle access path. I did, and walked about half a mile before realising I was getting further away from the castle with every step and retraced my route. 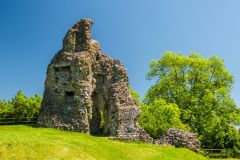 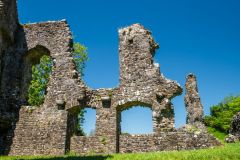 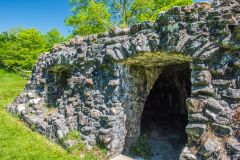 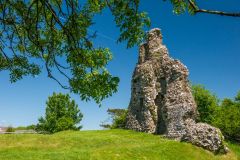 More self catering near Narberth Castle

Self Catering near Narberth